The current state of Cultural Reviews and Critical Comment 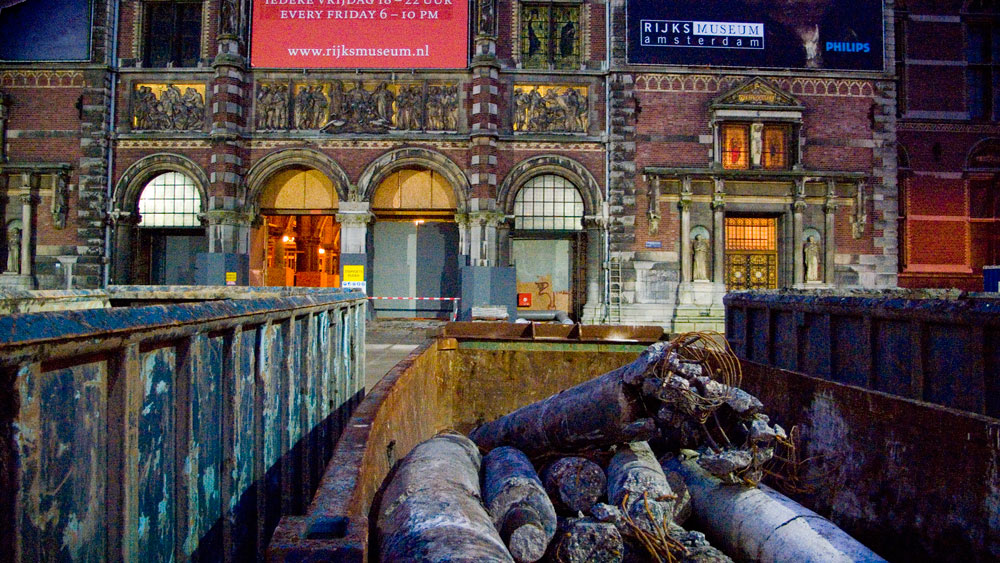 Recently the Guardian ran an opinion piece on the Barangaroo development on the eastern edge of Sydney’s CBD. The author pointed out that she had been involved in the project.

I suggest that the author failed to declare that they had been more than just simply ‘involved’. In fact they had been a leading professional on the team that had won the design competition, that had then seen their designs criticised publicly by people such as Paul Keating, then had their wining design rejected by the client and a new design developed and the contracts awarded to other teams.

The author’s team has since been involved in an ongoing media campaign to point out the faults in the subsequent project as well as occasionally throw stones at those involved. I suspect that they have not been glued to their TV sets watching the special four-part interviews on Paul Keating, a former Prime Minister.

The more recent chapter of this sad story is that an Australia’s media baron has convinced the NSW Government to allow him to build a casino within the development. This involvement is not a great thing for the original project, Sydney and Australia.

The article in the Guardian brings to mind the current state of comment in the media about cultural matters and this includes writers offering reviews of architectural and urban design issues and projects. It is very difficult to identify too many contemporary contributors who have been objective, who are not simply representing the views of a particular collective, or are simply providing a review that is advertorial for the profession they represent. There are even some that simply write nonsense.

I can think of some notable exceptions to this. One is a Canberra based writer, Gweneth Leigh, who continues to provide quite an intelligent and thoughtful critical analysis and often gathers comments from members of the public, the users of the sites. (declaration: yes I do know her to say hullo to and yes did successfully recommend her to a magazine as a writer)

Another was the previous editor for the US Landscape Architecture Magazine who used to provide hard-hitting editorial of things he observed and his views on contemporary issues. The same editor ran a piece at the back of the magazine whereby the invited contributor, called Critic At Large, was chosen because they were forthright in their assessment and comments, and this included the full spectrum from amazingly good to how something was rubbish despite the publicity rhetoric. His editorials plus the back article were my first ports of call as soon as I picked up each edition of the magazine. These articles disappeared with the retirement of that editor and sadly the bite has gone from that publication.

Most worrying are the architectural and urban writers who get the green light from editors to have pieces on architecture, design and urban matters that are more about maintaining a view of the world as held by their particular professional cabal. They are intent in replacing normal logic and common sense with their realities. In many cases the projects, sites and buildings they promote through the articles are very ordinary at best. But they dare not say so (declaration: I have a habit of looking out for them to see for myself).

Similarly in the arts there are few writers who provide the critical analysis and thoughtful objective personal points of view. Where newspapers have arts reporters, the journalist may or may not have a real interest, but given their resources and time available, they usually do their best by churning through the media releases and maybe make a call or two to provide some superficial promotion of the arts event, exhibition or publication.

The Guardian’s Andrew Frost seems to be one of the few presently writing on visual arts (declaration: one of my areas of interest) in Australia who offers critical analysis and is prepared to be not so kind about some sacred cows. His recent piece on Sculpture by the Sea I thought was a bit over the top, but I welcomed the straight talking, no-nonsense nature of his opinion piece. (suggestion, next time make sure he gets his promised beer)

I am not sure if it continues today, but a decade or two ago, the common practice for visual arts reviews was that they were undertaken by academics in the field. These were practitioners whose real income was as an academic. Unfortunately this meant they were writing about their colleagues. An unwritten protocol developed whereby no-one went over the top with realistic analysis as it was always felt that the writer themselves would end up on the other end of stick when they put their work out for exhibition. In the end it became too obvious and most people I knew at the time stopped reading these reviews.

Over the last decade or two I have observed that academics have become poor writers in the field of cultural analysis. I suspect they have joined in the national trend to keep your thoughts and opinions to yourself and just pump out pieces couched in the appropriate language but nothing of any real consequence. Academics have the opportunity to lead debates in these fields but too many have become bland contributors. Maybe too many are too comfortable.

While informative and accessible pieces by academics have become available through the wonderful (note of envy: and very well resourced) online magazine, The Conversation, the number of insightful architectural, landscape architecture and urban contributors remains extremely small in number. We can only assume that they continue to write about their pet projects endlessly amongst themselves and award each other accolades.

In recent years as someone who was very involved with the professions, I witnessed first-hand the pressure both direct and indirect that comes down on professionals who take up the opportunity to offer opinions in the public arena. It was as if there was a secret code of conduct (and a secret hand-shake that I missed out on) that banned free and objective voices. It is expected that you are to speak along ‘party’ lines and to write pieces that are positive about the profession, positive about all project work (especially that of your colleagues) and at all times promote the particular profession as being ‘the leaders’.

These writers from these professions (as distinct from professional writers)  write to boost their own professional standing and make it clear that their (insert name of profession here) profession alone is in the process of saving the world though their unique design solutions.

In their defence, they are part of a commercial profession and the next job is what is important. So to be seen as a ‘trouble’ maker’ or having alternate views to the mainstream, or to be critical of other professionals’ work may not impress your present employer, future employment, the next client or government agencies who are often the majority client base for many architects, landscape architects and other design professions. I can name a few exceptions to this, but they are very few.

However right now with conservative voices dominating so much of the national and local media landscapes, objective and outsider contributors are desperately required. I suggest that editors should cease to seek pieces from within the professions and seek contributions and critiques from other professional writers with an interest, but not a potential conflict, within these cultural arenas.

I should return to the original catalyst for this piece. The writer concerned was far too much involved and was not transparent enough in the way she left these very clear connections out of her biography attached to the article. She, and everyone else, is right to criticize the current issues around the granting of the Casino for Barangaroo. However this latest part of the complex story was used as the excuse to bang on about the whole design, competition and awarding of contracts yet again. Most of the article’s content has been published in some form previously to such an extent that any readers with an interest would have been bored and would have spotted that the same group was putting it out there again that ‘they were robbed!’

The professional institutes in these field have an in-built barrier to their participation in broader conversations. Their members demand that the prime motivations for actions should be promotion of the profession. On one level this is correct. But I quote from a UK colleague who gave up his CEO position recently and he said ” In any membership organisation there is always a strong pull to ‘just do what members want’. To succeed, however, the Landscape Institute needs to pay more attention to the needs and wants of non-members and society at large.”

These professional associations are inhibited in the circulation of critical comment that may also happen to reflect badly on their members. Given the demands of their paid up memberships, this is beyond their mandate and therefore they will always have difficulties encouraging and participating in open critical debates and conversations. I am witness to one state President of the Architects who has filled pages of a local paper with pieces on architecture, his colleagues, the bureaucracy and all such matters. It is a bad case of professional advertisements disguised as open opinions. Most are of little interest to the general readership. People are not so easily fooled.

What Australia (and I won’t speak for other countries just now) desperately needs are cultural commentators who can write objectively and intelligently along the lines that David Marr does in his arena of social and political issues or as Ross Gittens does for matters around economics. The built environment design and arts professions need to have a range of voices discussing their work and engaging a wider readership. The move away from the dominance of the self promoters and vanity publishing is well overdue.

Or more to the point, what is most required are more talented editors who have that wonderful ability to spot the invasion of the profession stooges and the dominance of  the clichéd ‘architectural’ writers.

Editors must be capable of seeking out contributions and creative writers to provide leadership in the conversations about our arts and urban places. Let’s generate more open conversations about how we need to get better at dealing with climate change adaptation through design solutions, about greater engagement with and insights into the arts, and where relevant about how all this needs to and can happen locally.

As for the now historic dominance of ‘architectural’ writers, we need to place architecture and buildings in the context of the 21st Century where concerns for our landscapes and our environment have become far more important.

Architectural reviews need to be in context of the total built environment and how such structures are contributing to achieving resilient, engaging and healthy urban environments.

One last issue (declaration: I love great photography; it was the basis of my visual art degree): Could we have more photography reviews and opinion pieces please?

PS: I intend to follow this article one day soon with several others: one on the link between sponsors, arts organisations, professional associations and the subsequent restrictions that occur, for instance on the ability to speak openly on particular topics; maybe another on Australian arts ministers (or the lack of them); and may even branch out into the murky world of the property council of Australia and its questionable influence on the professions and planning authorities. Will see what happens.