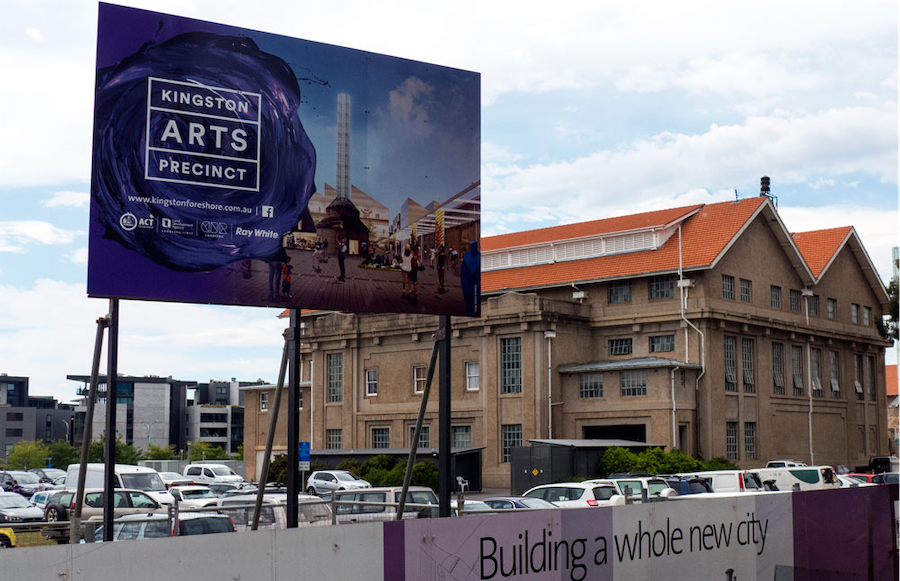 In 2015, the now disbanded Land Development Agency announced the follow up to its 2011 master plan with the go-ahead for the Kingston Arts Precinct.

This was seen as an awakening of interest in arts activities by the ACT government. Work was to commence in 2016. It is now October, 2020, and it is yet to happen. The snail-paced progress on the Kingston Arts Precinct is an unfortunate but realistic indicator of commitments to the arts by recent Labor/Greens governments.

During the lead up to this year’s ACT election, the question was asked why the Arts Minister had not updated the arts policy. No answer was forthcoming. The two major parties gave commitments to an ad hoc mix of arts activities and infrastructure, but neither made a comprehensive commitment to Canberra’s arts and culture.

The one ray of hope was a document by the ACT Greens. This contained a mish-mash of worthy phrases with much of the focus on performing arts. The document was titled “Properly Valuing the Arts”. It was not an arts policy, but rather a cobbled together group of statements.

While it reflected some good intentions to recognise some deficiencies of government participation in local arts (the list is long), it lacked a cohesive and integrated arts policy approach that has been missing for decades in Canberra.

In recent years the ACT government has added an extension to the Belconnen Arts Centre and committed to additions to the Tuggeranong Arts Centre. While there are centres for organisations such as Gorman Arts and maybe one day there will be a collective of organisations at the Kingston Arts Space, these are not centres based around key geographical areas and population centres.

Forward planning for population centres should have included the provision of locally focused mixed-use arts centres.

The types of arts centres that should be scattered throughout the city are those that provide opportunities for locals to come together for exhibitions, classes, performance events and a mix of community-based cultural activities.

The suburban areas where such locally focused arts centres have been overlooked include Woden, Gungahlin, Weston, Molonglo, South Tuggeranong, West Belconnen, and both the inner north and inner south of Canberra.

During crisis times such as that brought about by the COVID-19 epidemic, a focus on locally run cultural activities should be an important key factor in mitigating the health stresses as well as enhancing the opportunities for self-expression among the residents.

What the present crisis highlights is that successive ACT governments have not put in place the necessary infrastructure to support locally focused cultural activities.

This does not take away from the importance of a network of well-funded arts organisations but is an argument for a complementary network of new community centred arts hubs across Canberra. These could possibly be linked in with Canberra’s successful network of community/residents’ groups that are also structured around main population centres.

The emphasis for arts centres should be based on community control with creative leadership from linked-in arts organisations and artists with professional expertise in working with residents.

This approach is not that currently being undertaken by the City Renewal Authority whose shallow and patronising approach of plonking expensive pop-ups here and there is doing nothing to nurture community creativity or ownership of local arts activities.

The new batch of politicians recently elected to the ACT government may contain among them one or two with some inclination to do something creative and to re-introduce a community focused approach to arts policy.

Mysterious noises were made by the ACT Greens about resetting what is normal following the recovery from the epidemic (fingers being crossed that it does not return).

Resetting the approach to arts policy would be a big step forward especially if this was done by insisting on a key part of a new policy was to put in place a locally oriented arts infrastructure that nurtured community ownership and involvement through local arts centres.