There’s been a couple of short-run sculpture festivals in recent years in Canberra. It is a great thing to see these events as they provide opportunities for our sculptors who otherwise have trouble getting into the usual exhibition venues.

A couple of the most recent include Stephen Harrison’s Art in the Street – click here – and the one at Lambrigg curated by Neil Hobbs – click here.

Last Sunday I went along to view the Sculpture Festival staged on the grounds of the Canberra Grammar School. There were many familiar names on the labels. The organisers had about 30 pieces scattered throughout the grounds and courtyards, plus a gallery full of small to medium size sculptures.

They had thoughtfully put together a brochure with a map plus information on the participating artists. All this was good, but: 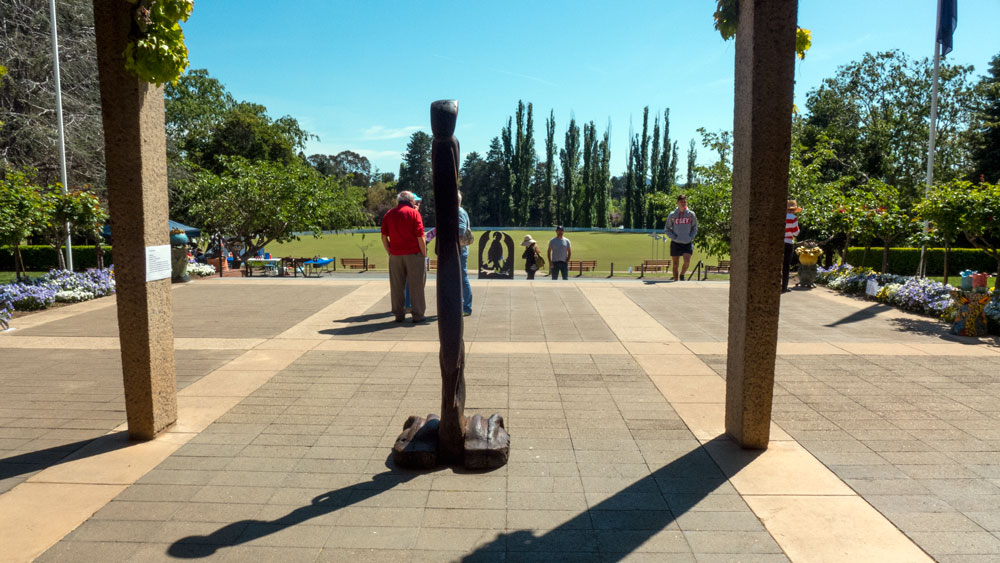 I found the curating and the placements of the works was not well done. The works outside were often not placed to their best effect and at times the positioning diminished the works. Several placements were guilty of the ‘plonk art’ syndrome.

Some of the works were placed in far away courtyards that I suspect some people would not have found easily.  At least one work was moved and was not in its far away slot.

Luckily for me, thanks to some encouragement from a friend, we arrived early and we were able to move around freely and find most of the pieces. I suspect if the place had been crowded that one would have been more likely to have given up. 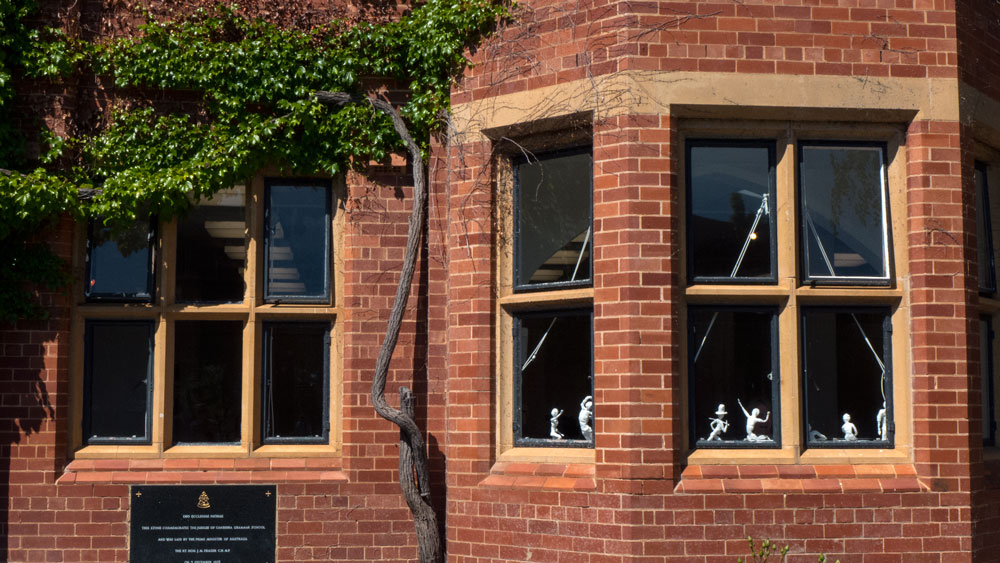 I do not like to have to rely on a map, no matter how thoughtful the organisers might think this is.  Having to stop, to search and then to seek things out is not what such an exhibition should be about. Such shuffling of paper and detective work distracts from the enjoyment of the just wandering about the artworks.

It would have much better to have the works laid out in just a couple of major locations so that one had to simply wander through several easily found collections. The labels then would have told the rest of the story if required. Any brochure would serve as further information and would allow anyone to know which artist they could follow-up in order to make that purchase (and that’s important!).

Under such circumstances as suggested above, the map would not be required. The bonus for the organisers is that they could move things around as much as they wished and as often as they needed to, even right after the opening.

Having said all that, I must make the point that the exhibition is/was definitely worth the visit. Some of the works are very much worth purchasing – several had been marked as sold on the day we visited.

The installation above had a certain appeal. The artist was making a comment on local politics. The message being that decisions on transport in Canberra go in circles. Sadly, this is true given the current media driven debate over the government’s policy on light rail. The present government took this matter to the last election, and won, and is now implementing the policy but the issue has become media fodder driven by the opposition parties.

Interestingly the photograph (above) revealed that the seating behind could also be taken as a statement on relaxation – maybe?

and now for a few photographs with another emphasis:

pick the artwork – I enjoy such visits because in some cases it is only the labelling that identifies which are the art works as opposed to other miscellaneous objects that sometimes look like artworks. see below: 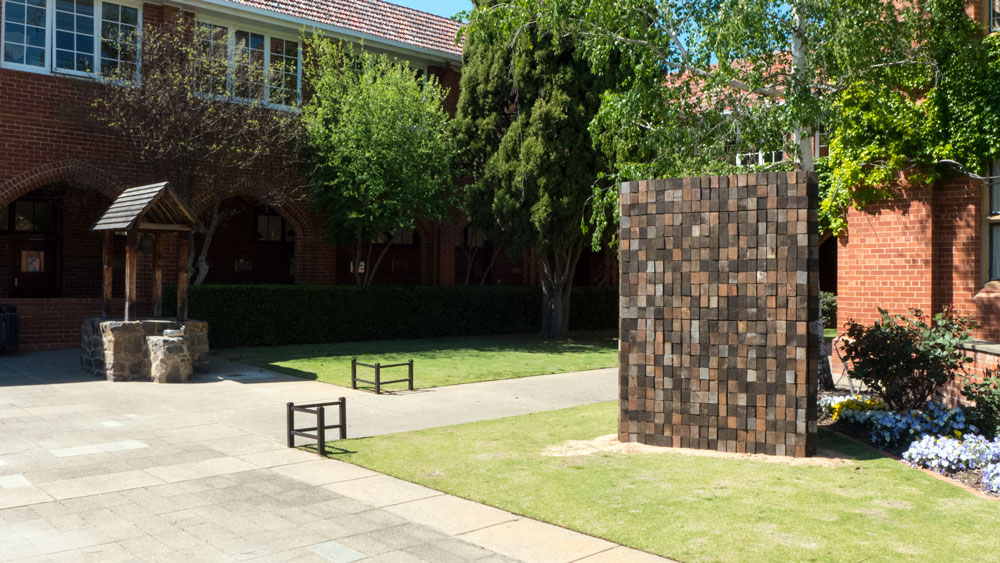 and sometimes the lure of sunlight and the urgency of keeping up with your twitter account can be too much for some people. The person below sitting in the sun was paying no attention at all to anyone who walked up to her stall which is located in the shadows above her. Her days in retail are limited!

and  – then there are the occasions when those very ordinary structures take on the look of post modern  – and so this is what you get. Or was that black round object to the left of centre really an artwork in disguise? 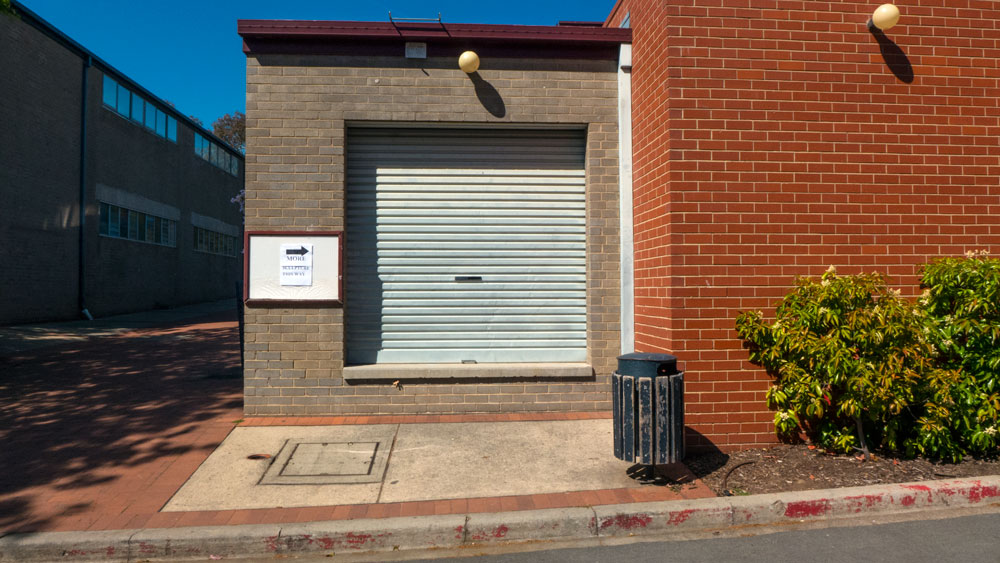 you can download the pamphlets through the link above – but be aware that they have uploaded them as documents with the tag .ashx – you can open these with adobe reader.

And important piece of information: The prize for the small sculpture was donated by Harris Hobbs Landscape; yep on of the partners is Neil Hobbs who curated the Lambrigg festival mentioned at the top.

So for more the  about Harris Hobbs Landscapes – click here.

Note to the organisers, next time employ the services of someone who knows about curating sculpture; possibly a curator? and forget the map as visiting a visual arts exhibition is not supposed to be  game of hide and seek!

A good initiative and we look forward to the next one.