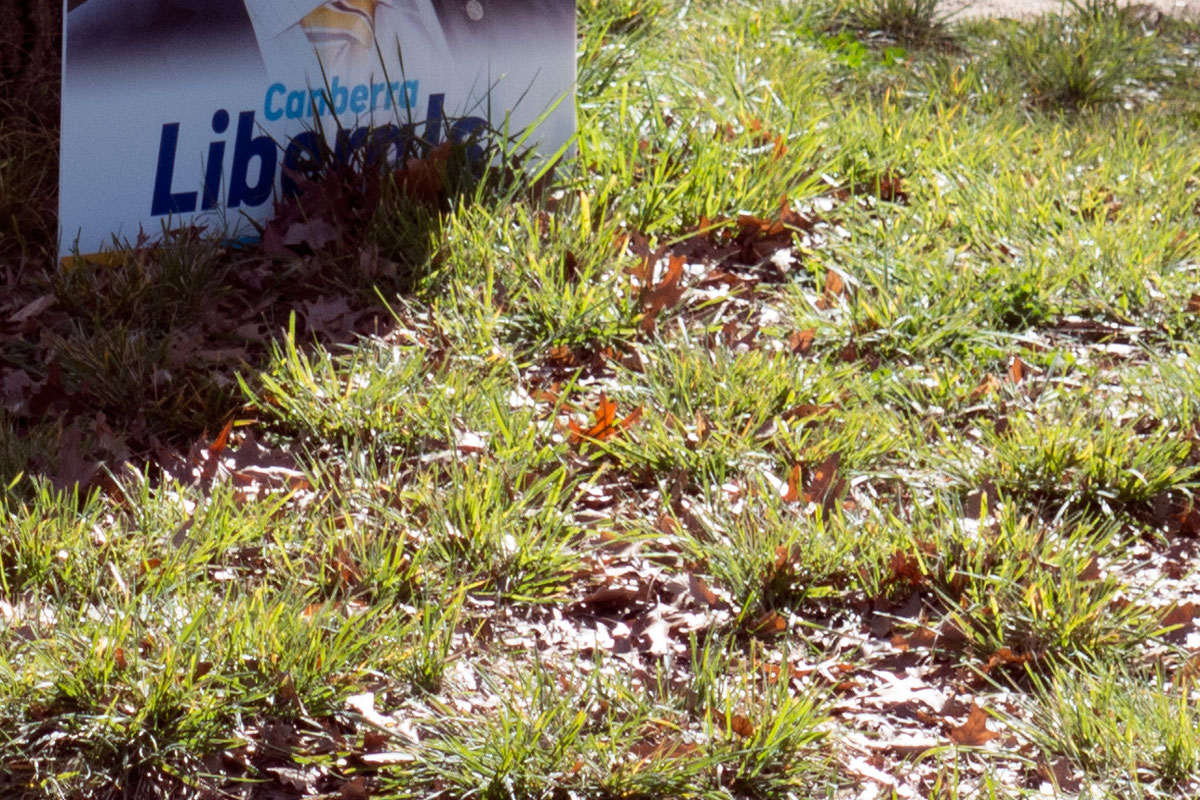 The ACT’s “Greenslabor” government has provided multiple opportunities this year for the Canberra Liberals to step up and demonstrate that maybe in 2024 they could be ready to form government if the voters were to be convinced.

One obvious missed opportunity was the mess and pretence around the planning reform with the superficial and totally unsatisfactory consultations on the draft planning Bill having just closed.

The Canberra Liberals can now read for themselves how this process is being conducted by the ACT’s planning directorate – with the complete blessing of the Greens and their Labor partners. This is “Building the New Normal” at work in 2022.

The Liberals can download the 70 submissions that were submitted in response to the draft planning bill. All ACT Liberal politicians should read these to see the high levels of criticism of the planning directorate’s confused and inadequate processes.

The government has seriously failed in convincing residents that these changes are heading in the right direction. The biggest threat to this city is the planning directorate.

The lack of transparency and the mess being created by the planning directorate was a heaven-sent opportunity for some strategic and intelligent responses from the Liberals. Instead, there were a few muffled sounds – but largely their alternative take on planning has been near silence.

Since February this Greens/Labor government, under the auspices of Yvette Berry and Rebecca Vassarotti, conducted a cruel campaign of evictions against many vulnerable Housing ACT tenants.

While there were the occasional low-level mutterings from the Liberals, there was no charge to the barricades to assist tenants – many being older women.

The conclusion had to be that the Liberals may have taken the same questionable advice from the housing bureaucrats to implement these cruel evictions.

Maybe they do not really believe in the responsibility of government is to look after people through the provision of a well-funded social housing program. Their silence allows such negative thoughts to be how the Liberals are viewed.

While not about planning, the Liberals attack on Greens/Labor over the CIT consultancy scandal has shown up a significant weakness in their approach to challenging this government.

They seemed to have placed their emphasis on bringing down the minister involved, Chris Steel, the ACT minister for tertiary education. People are tired of this game of boring gotcha, point-scoring politics.

We have seen several attempts at motions of no confidence by the Canberra Liberals – all achieving very little. As with the others, people have witnessed another failed attempt to bring down one of Andrew Barr’s favoured ministers (one planning to be chief minister).

People have learnt nothing about what the Liberals would offer differently in tertiary education or how they would have handled the questionable advice on this scandal given by senior bureaucrats. Would they have made the same mistakes?

Time and time again residents have responded in surveys that they wish their government to be trusted, to be transparent, to be listening and to be stewards of this city and the landscape.

Residents cringe at the spin of the ACT Greenslabor on their versions of what they want the city to offer future generations – heat island suburbs (forget those backyards) and towers of expensive apartments relying on high energy usage with minimal community facilities and green spaces.

People have firmly rejected the Greens/Labor versions of tokenistic consultations and the use of the online black hole of submissions called “Have Your Say”.

A very annoying practice is how the ACT Greens/Labor politicians have adopted the habit of saying they do not hold a hose on issues. They consistently pass the buck. They have long forgotten the responsibilities of being a locally elected representative for their electorate.

Loyalty to the party leaders is the top priority of Greenslabor politicians. There has been little evidence of how the Liberals would respond to the many planning, development, heritage and environmental issues. Would they also duck for cover?

What priority do the Liberals place on planning and development and on realistic community engagement? What would they do differently? Or as with the Greens/Labor coalition, would they listen to the questionable advice of the well-entrenched planning bureaucrats over the aspirations of residents?

October 2024 is not far away. It is time to stop that grass from growing under your feet.