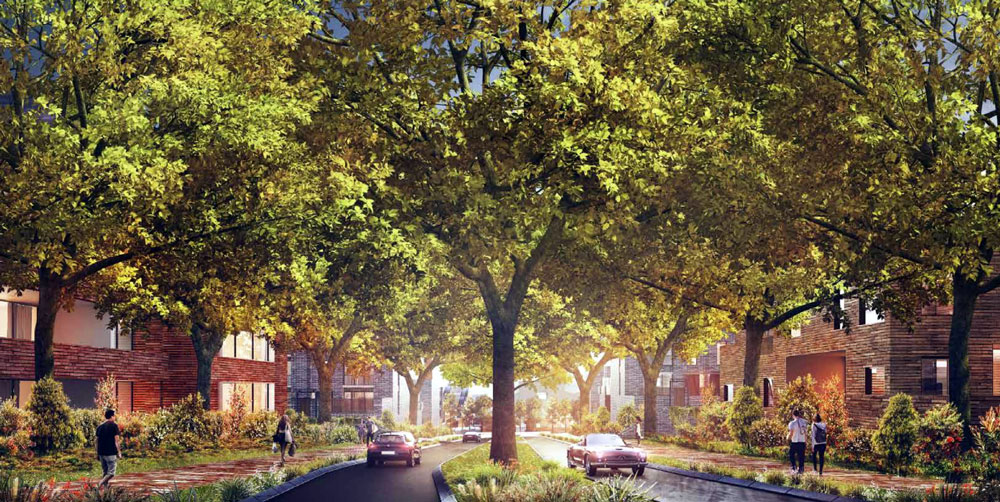 The association was formed because of the first proposals to redevelop the Brickworks site on the western edge of the suburb.

On October 29 the YRA held a public meeting (attended by about 180 people) to discuss the latest proposals for the Yarralumla Brickworks.

This debate has taken 32 years and many hours of the residents’ time. The latest 2019 proposal is the first that has come close to being acceptable.

In the 1980s the Brickworks was home to artists, creative commercial outlets as well as the occasional markets. Somewhere around the 1990s these creatives were shown off the site as it was slated for redevelopment.

Over the decades there has been a lot of talk, several proposals but in reality, nothing much happened.

People had started to be concerned about the heritage values and whether these may be overridden with a hasty proposal to sell and allow private developers to do their thing.

Then along came the Land Development Authority (LDA) overseen by the then Urban Redevelopment Minister, Andrew Barr.
In 2014/2015 the LDA brazenly proposed that the site be sold so that a developer could build 1800 units with stuff being plonked on to any available land.
The agenda was clear. Sell, sell, sell! Nothing about this proposal was about aesthetics, neighbourhood character and any sensible urban planning.
The YRA under the leadership of Marea Fatseas had to put in an enormous amount of energy and time to oppose all this stupidity.
It was a real uphill battle with all the usual suspects being sent out to hurl that not-so-nice stuff at the residents.
Eventually the government took on board that just maybe the LDA’s proposal was not quite right.
That is, instead of lobbying an outrageous development proposal in the direction of the beautiful suburb of Yarralumla, someone worked out that it may be a good idea to sit down with these intelligent people and talk.
This was not exactly rocket science. A new community panel was established to work through what could happen on the site – with all eyes on the heritage values.
As a result of many hours of work, in late 2015 the community panel agreed on a set of project objectives.
To keep this short, those objectives were incorporated into the tender documents that resulted in the Doma Group signing up in 2019 to develop the site. It was the Doma Group’s concept plans that were presented to the October Yarralumla meeting.
There is no doubt that the community panel with two YRA past presidents on it, being Marea Fatseas and David Harvey, achieved great changes and have given the proposal a chance to be accepted.
The work continues.
On the night there was a degree of acceptance that Doma’s concepts were looking not too bad, especially when people knew what bad things were proposed previously. Instead of the former mega development, there are to be 380 residences.
The presentation was along the lines of a good glossy presentation – mature shady trees everywhere with many happy people wandering about doing “vibrant” things.
One attendee obviously thought it was good as the question asked was driven by the thought they would be buying into one of the stand-alone houses.
Traffic issues are still being worked through and this will not be easy given the way that the ACT government makes a mess with traffic usually based on very questionable data. We can only cross our fingers on that matter.
Are we there yet? Nope. As with any major development, residents are wary the concepts will be reworked and compromises work their way into the final build.
The community panel’s work is not yet complete.
The next presentation will be in May 2020.