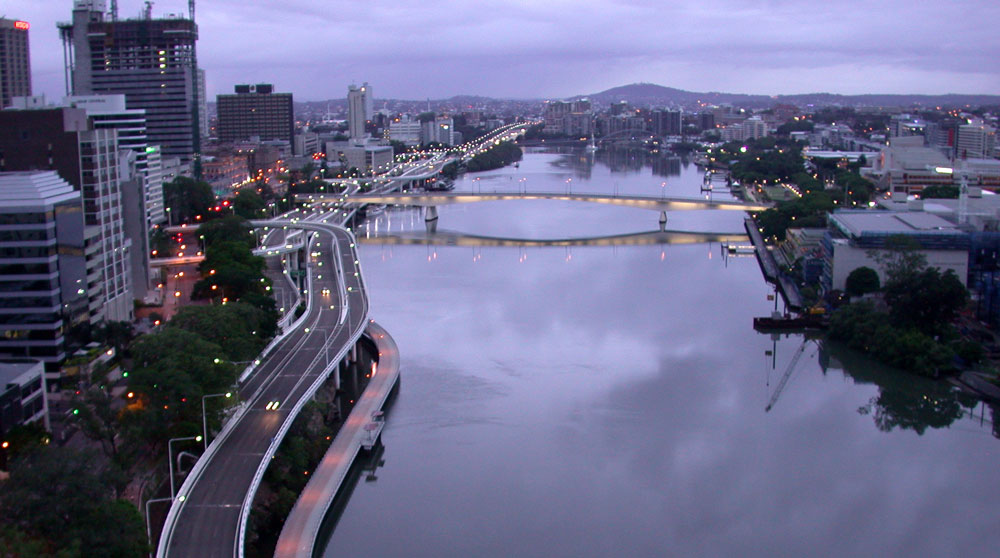 There are aspects of Brisbane are beautiful. The river is magic. The photo above, taken some years back illustrates this. The evening lights enhance the unfortunate placement of major roads along the river’s edge. These freeways are transport engineering successes but are barriers to any hope of joining the city to the river.

When viewing the city edge from the river, it is obvious how the traffic needs won the day and have left this concrete barrier as centre to the image of the central city area. The mangroves at the northern end are the only softening aspect of this view.

There are other significant pleasant areas close to the city centre. One is the QUT campus which over recent years has some very attractive internal spaces.

The campus itself blends into the nearby botanic gardens. These gardens are a joy to visit on any day in any weather. 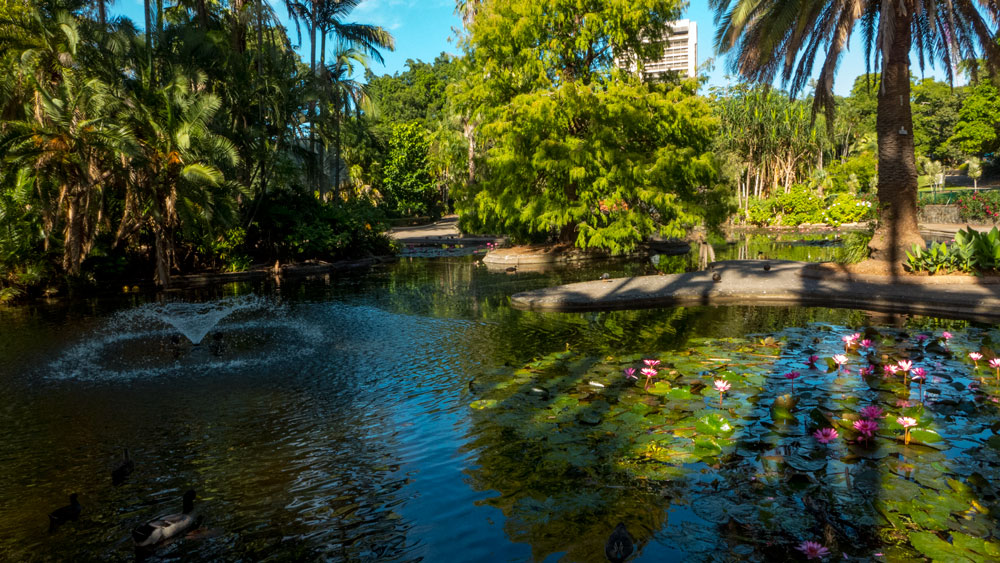 At the other end of the city is the newish Roma Street Parklands. These are a few minutes away from the centre with no natural connect to the city centre. But they are worth the visit. When I first visited these parklands there were no nearby residential developments. These have now multiplied and so the residents have one of the best front yard, being the whole parklands, at their door step, courtesy of the government. 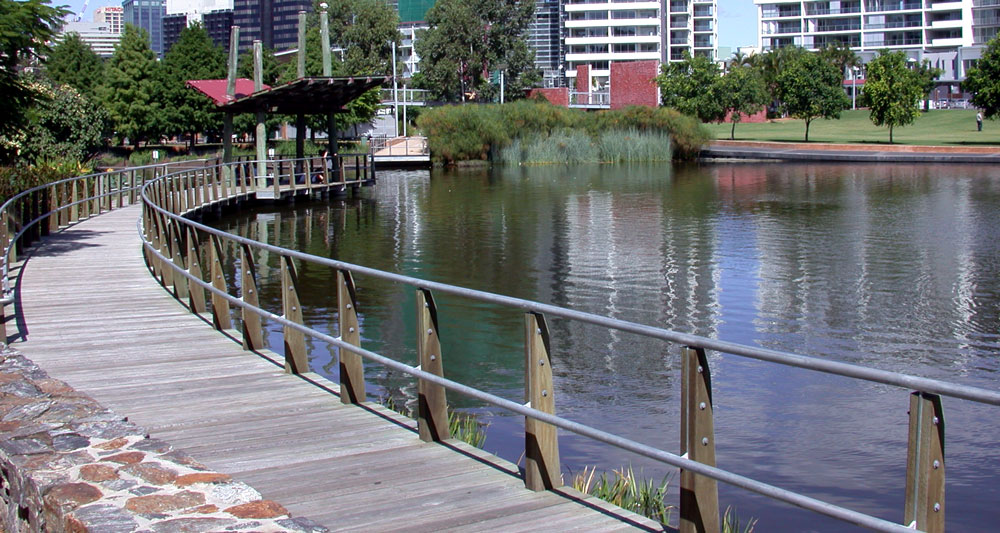 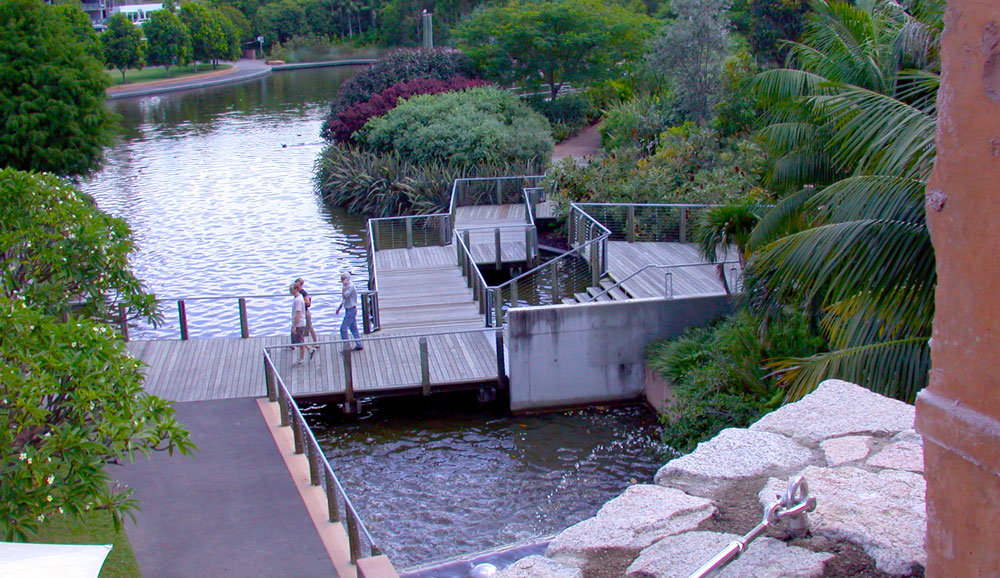 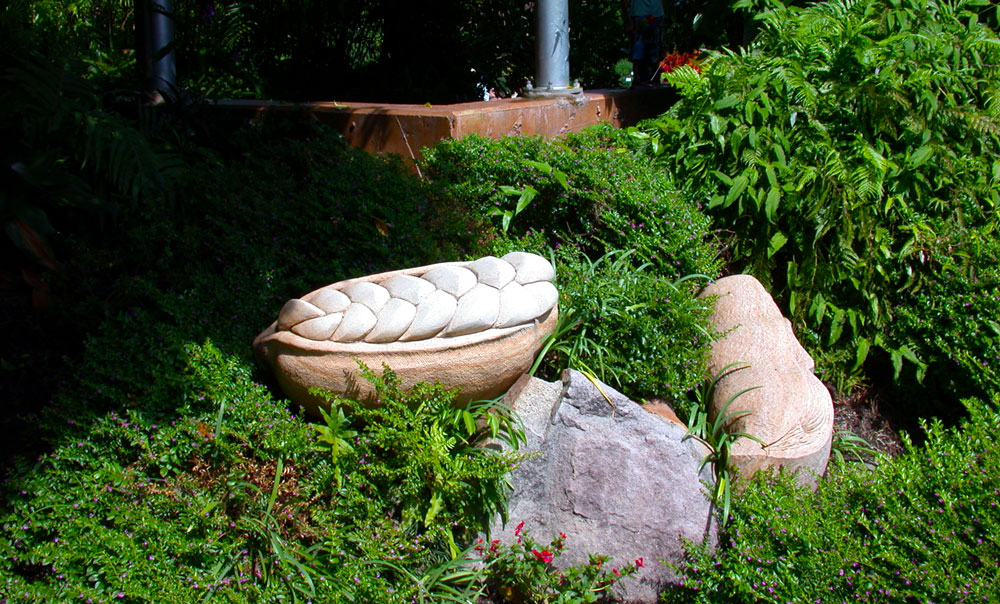 I have used these four examples for a good reason.

The first, the river, is a natural asset that from the city side has not been used at all. In fact the city has been very purposely disconnected from the river.

The second, the botanic gardens, is an invaluable asset inherited from the 19th Century. The city and the peoples value this asset enormously. There are constant improvements underway within these gardens.  It is a place to stroll. To sit. To ponder. To enjoy life.

The QUT campus is a credit to this university. It demonstrates the care taken by the university to provide an attractive environment for all, students, staff and visitors. In Australia, many campuses are often well landscaped with a mix of new and old buildings. The QUT has an advantage of having sub-tropical conditions for the plants and has a significant and beautiful heritage building right in the middle of the main campus area.

The Roma Street Parklands are a good example of what a government can do with a site that is no longer required for its original purpose. In this case a rail yard. Yes it did let the developers in to build the usual bland apartment buildings, but first it went ahead and established this parkland with various gardens and open space precincts. In its first year it was criticised by many as being a garden where no-one went. It was often empty of activity. But this has all changed as it is always in use by groups, by tourists, by locals and by anyone just escaping from another world.

These assets add enormously to the edge of the main city centre. It is the centre itself that needs a serious rethink. But I doubt that is going to happen anytime soon given that the combined architecture, development and property lobby is very happy given the number of new constructions under way. Aesthetics seem to be very high in their priorities. Nor is any initiative to build office blocks or apartments that are to realistically deal with climate change issues in this sub tropical environment.

Next we will look at South Bank and West End.