Be Afraid, be Very Afraid of balance as provided by the ABC 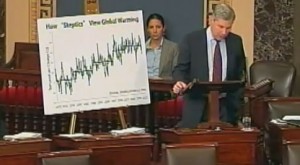 Once upon a time I was a rusted on ABC (Australian Broadcasting Corporation) watcher. I relied on the ABC, and SBS, for most of my news and current affairs.

Over time as a reaction to the style of gotcha journalism that became the norm on the ABC, radio and TV, I started watching less and less. Today as the result of this quiet reduction in watching and listening to the ABC, I have found that I now routinely do not watch or listen to the ABC.

I now rely on a number of online journals for the news and the commentary. For programs I now download (legally) and purchase (usually import) heaps of DVDs.

The other major concern I have had is this question of ‘balance’ that has crept into being the norm on the ABC. I have seen too many programs whereby serious social and political topics are debated by panels or through a series of interviews.

The ABC insists on ‘balance’. Unfortunately their form of balance is to have one of the usual right-wing ideological think tanks represented or by having ex conservative politicians as panel members. They do not debate issues. Rather they express their ideological, non evidence based views to counter any reasonable argument. They confuse the issues. This is their aim.

What the ABC has done over the years is to provide a platform for the climate deniers and other similar hoax commentators to the extent that the science of climate change is now remains debatable from within the programs of the ABC. Established facts remain under question by the ABC program producers and commentators.

Meanwhile the ABC has not provided real balance by informing and debating the real questions of how society is to deal with the realities of climate change; how much we need to change; how this can be done so the economics of our life style can be maintained. These questions the ABC neglects in its quest for superficial and dangerous ‘balance’.

Here’s an online video the deals with some of this:

There’s also a very good summary of this whole debate online on the Independent Australia website – here’s the article: