Opinion: Be afraid, be very Afraid

From The Guardian Australia: Tony Abbott’s top business adviser accuses IPCC of ‘dishonesty and deceit’. ‘The scientific delusion, the religion behind the climate crusade, is crumbling,’ Maurice Newman says. 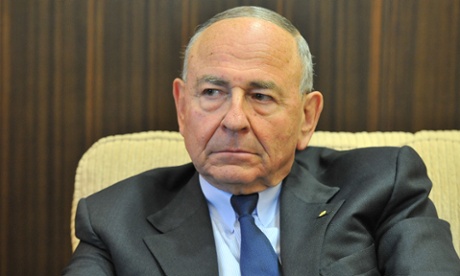 It does not get much worse than this. The Rabbott government has been doing some stupid things of late, and there’s promise of even more stupidity to come in 2014.

But even the advisers are dumb, more dumb than can be believed. Have a look at the hair style. He is faking having hair on the top of his head. He has no qualifications in anything remotely scientific. He is a bloke who knows how to screw people out of their money. And he wants us to believe him?

and for more responses to this lunacy: read this

This from one of the responses to the guardian piece: (suggest scan quickly and read the last couple of lines)

Mr Newman retired from Deutsche Bank in July 2001. Mr Newman has chaired a number of Asian business alliances including the East Asia and Oceania Stock Exchange Federation, and the Australia Taiwan Business Council.

In 1997, he was Australia’s Private Sector Representative to the First Commonwealth Heads of Government Meeting Business Forum held in London; and in 1999 led a delegation of senior Australian executives to New York promoting “Australia, the Dynamic Success Story of the Asia Pacific – A Centre for Global Financial Services”.

He served as Chancellor of Macquarie University from 2002 to February 2008; and as a Director of the Australian Broadcasting Corporation from 2000 to 2004.

In 2002 Mr Newman was appointed an Advisor to the Marsh Group of Companies. In June 2004, he was appointed a Director of the Queensland Investment Corporation.”

Nope nothing here about scientific credentials, absolutely nothing.

A self-interested windbag with a cheque book and a puppet to advise.