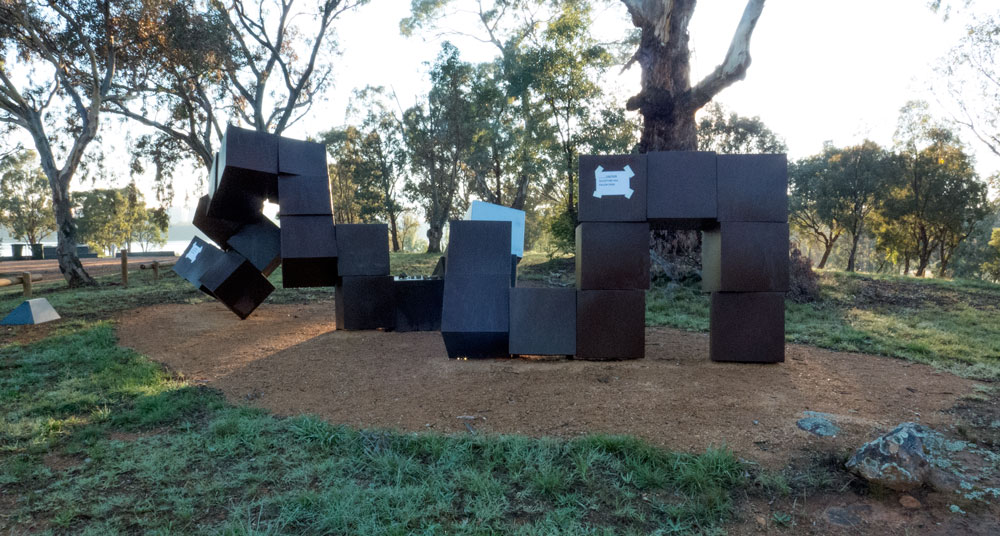 Canberra had until recently an envious program of public art under the previous Chief Minister, Jon Stanhope. The city has a mix of public art. That’s the nature of the beast.  But!

Unfortunately the vandals and trolls amongst us convinced the Chief Minister to cancel this innovative program before he left his office. That was not a good day for the city that was developing an international reputation for its approach to public art.

And now for a sad story.

There’s one piece that I definitely do admire. It sits on the Yarralumla foreshore and greets drivers as they navigate the narrow road alongside the lake. Unfortunately the vandals stuck again recently. 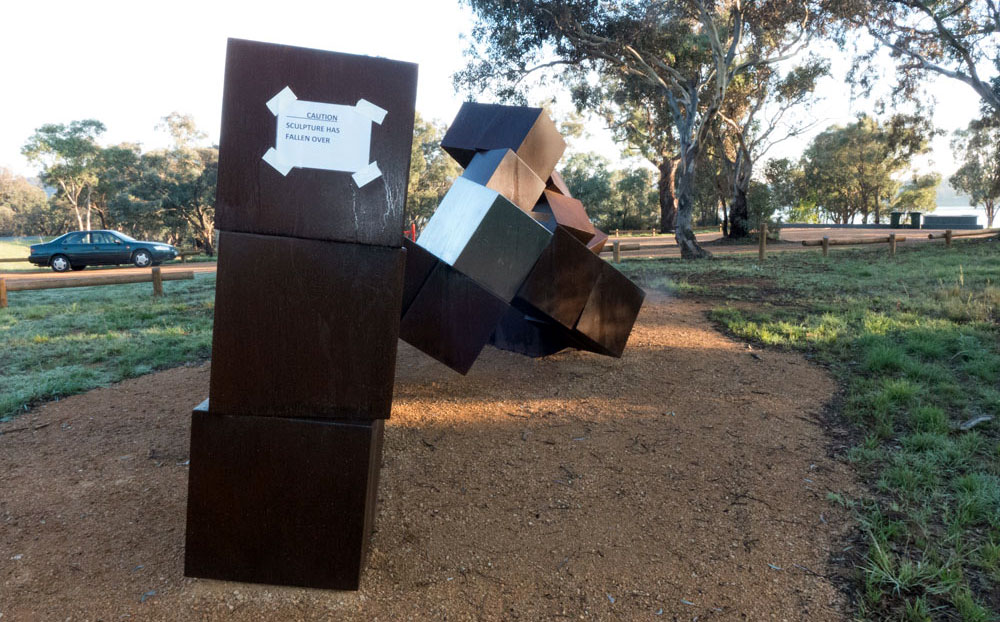 We noticed the signs and thought maybe it was to be removed. We stopped to investigate what the three signs were saying.

Alas – maybe it was meant to be an April Fool’s Day Joke. Someone had a laugh by placing signs on the artwork – stating that the artwork had fallen over.

I admit to an initial laugh but this quickly changed when we realised that the idiots had used some form of plastic masking tape that was now melted due the day of sunshine. The tape was now hard to remove. We tried and realised the extent of the possible damage, so had to leave it it alone. 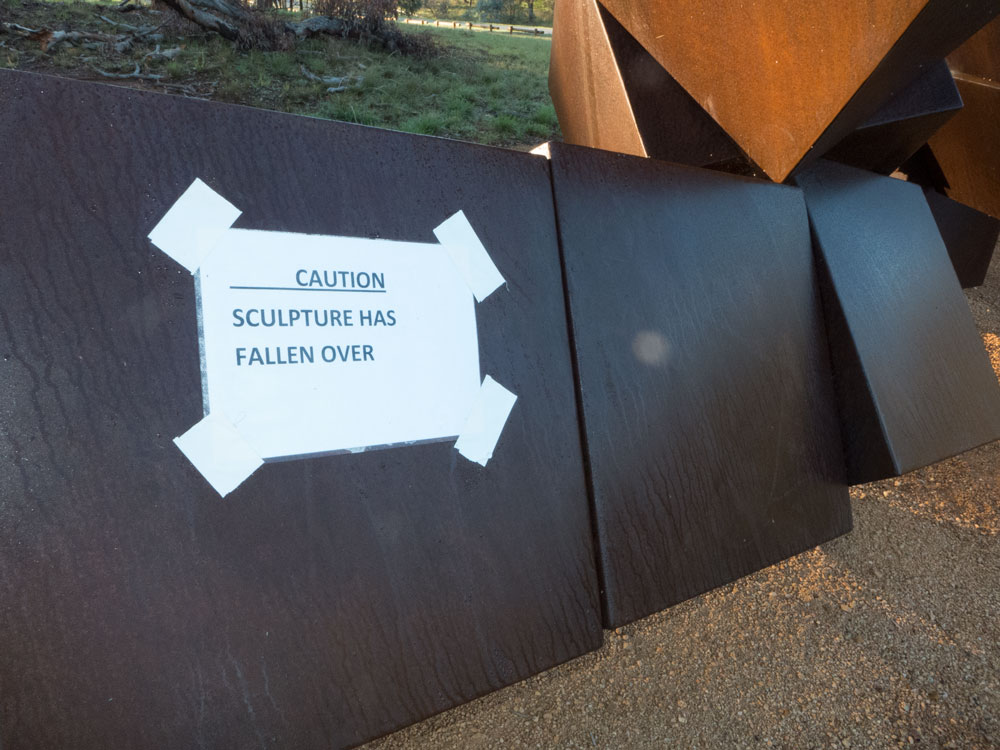 Potentially if left for another day or so, this tape could permanently damage the surface. So we alerted the local arts department in the hope that they could urgently remove the tape without doing further damage.

Art vandals are a curious bunch. This is not a voice against some of the usual forms of random acts of having fun. But in cases such as this, they have having their fun at the cost of ruining other people’s enjoyment of an engaging piece of art. This was dumb.

Hopefully by the time you read this, the signs have been professionally removed. 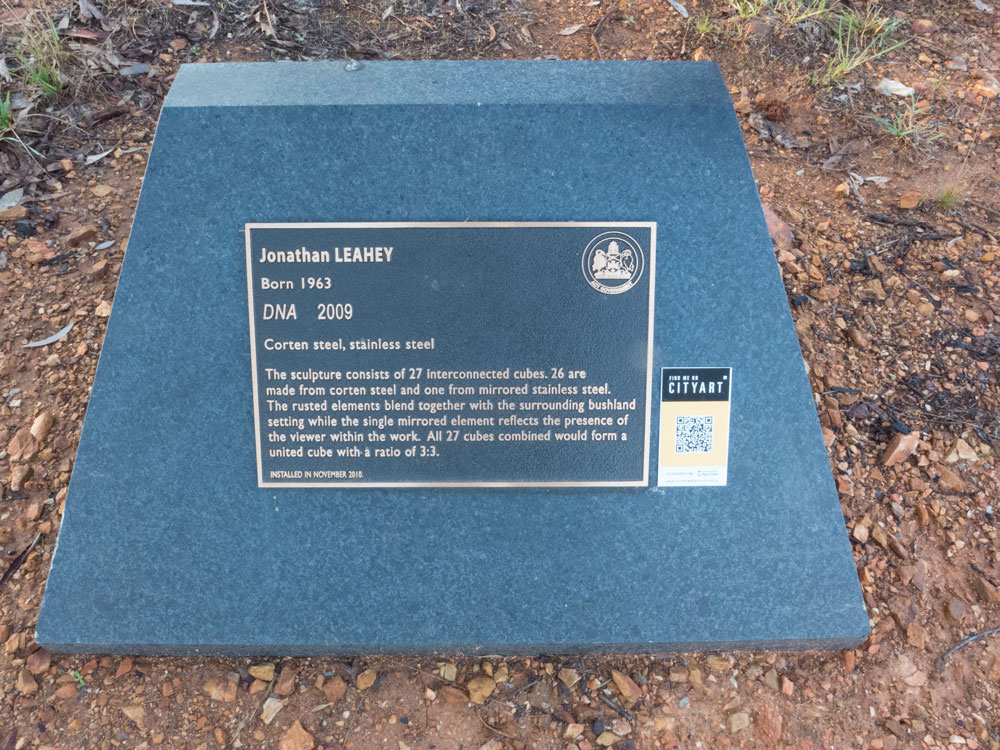 I hope to write more on Canberra’s public art  – soon. We need to encourage such a program to be reinstated.