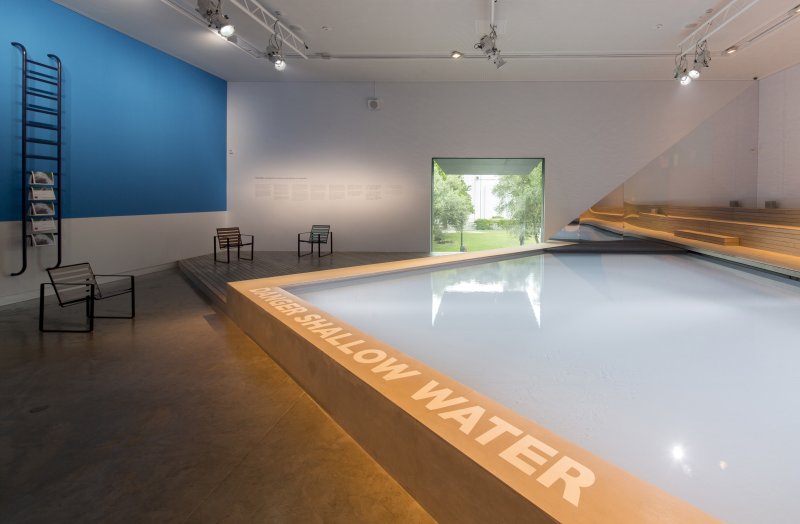 I do want to emphasise that the Institute of Architects had accessed one of the Federal Minister’s special arts grants – that program that was based on the removal of monies from the Australia Council and hence became the Minister’s own slush funds.

So while cuts were being applied across the arts with many arts organisations losing their funds – the not so poor Institute of Architects was granted funds for architects to present a swimming pool.

And a reminder – the theme was to do with social housing issues. The Australian architects presented something that had little to do with the theme. Have they worked outside their brief? As architects often do.

Sadly the architects have also marketed their achievements by encouraging the usual puff pieces to be written in more serious papers such as the Saturday Paper.

This piece actually mentions the theme or brief – but then goes on to ignore the fact that the swimming pool has absolutely nothing to do with the theme.

I suspect the writer and the Saturday Paper have not realised that this piece is one of several carefully placed pieces – that are then used later to justify a further arts grant.

These puff pieces will later be portrayed as being part of the international recognition that the exhibit achieved.

The truth being that besides this piece which is part of the usual carefully orchestrated marketing exercise that accompanies the biennale reporting, there is next to nothing being written internationally about this contribution by Australia.

There are lists published of the must see exhibits, and this is not one of them.