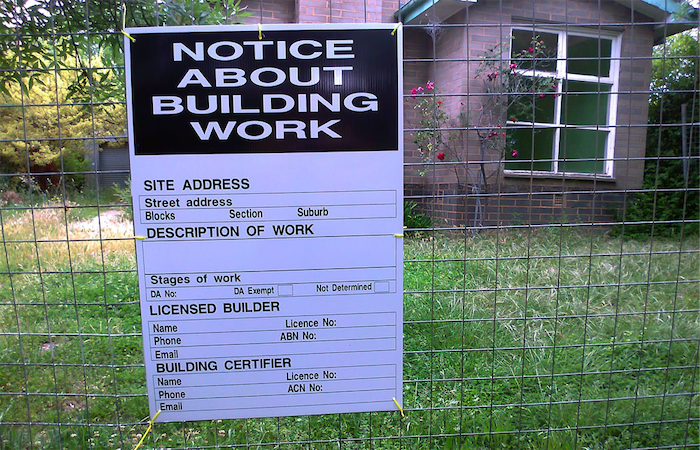 Here’s praise for an ACT politician. The accolade goes to the Greens’ Caroline Le Couteur for her work in chairing (from 2016) the Legislative Assembly committee on planning and urban renewal and the release of the April report – “The Inquiry into Engagement with the Development Application Process in the ACT”.

In April, 2017, the ACT government appointed Ben Ponton as the chief planner and head of the Planning Directorate. He was quoted as pursuing “a citizen focus”, saying: “I’ve already put communications out to my team to ask them to think about the citizens and always have the customer experience at the forefront of their thinking.

In my reading of the committee’s report it becomes obvious that whatever the chief planner thought he was going to do, he did not do it. He has failed according to his own performance criteria.

The 66 recommendations from the report are mild changes that any chief planner and planning minister who cared for the community would have implemented ages ago.

They would not have needed a committee to receive submissions and then to go through the onerous task of countless committee hearings – only to come up with a load of recommendations that state the obvious. For example:

#34: The committee recommends that the Planning and Development Act 2007 is amended to allow for the rejection of development applications which contain false or misleading information.

#36: The committee recommends that the completeness check process is expanded to include a check of the accuracy of key elements such as scale, north orientation and the plot ratio calculation.

#56 to #60: Heritage gets a mention in the hope that heritage matters be considered appropriately within development application processes. (Meaning – they are not now).

And for all those in the community who have made countless submissions on Zones, Planning Refreshes and on Master Plans – there’s this revelation:

#66: The committee recommends that the Territory Plan Review rectify the disconnect between the development application process, as per the Territory Plan, and key design and character elements that are articulated in master plans, planning refreshes and zone objectives.

The recommendations are those that the Labor and Liberals allowed to be listed. What was rejected?

Caroline allows an insight into the battles. At the end of the report she states: “It is clear from the community and industry feedback received by the inquiry that the ACT’s planning system needs substantial reform.

Liberal and Labor members of the committee did not agree with other recommendations that I believe would address key issues raised by the community such as: How can residents impacted by development proposals have their say and have it listened to; Ensuring that Canberra has sufficient affordable housing, in convenient locations to house our residents; Allowing new housing and renovations can be made in existing locations while addressing amenity, traffic, character and environmental issues; and Effectively addressing environmental issues.”

She then goes on to make nine more recommendations – that make perfect sense to the community, but you can see why the mainstream parties would be troubled by them. Such as the last: #9: That where a builder has been the subject of regulatory action by Access Canberra, the certifier for their future projects is appointed by the ACT government.

Caroline is not standing at the October 17 election. The ACT Greens were seriously compromised by their 2016 agreement with Labor to form government.

That agreement gave Shane Rattenbury a position in cabinet. Caroline has had to pursue issues from a difficult position being part of the agreement that has allowed Barr & Co to carry on being barbarous towards the community.

The committee’s report is worth reading only to realise how the fundamentals of the planning system are broken and how far the planning minister and his chosen planning chief are removed from the realities of the local communities.

All the best and thank you, Caroline. At least you tried.