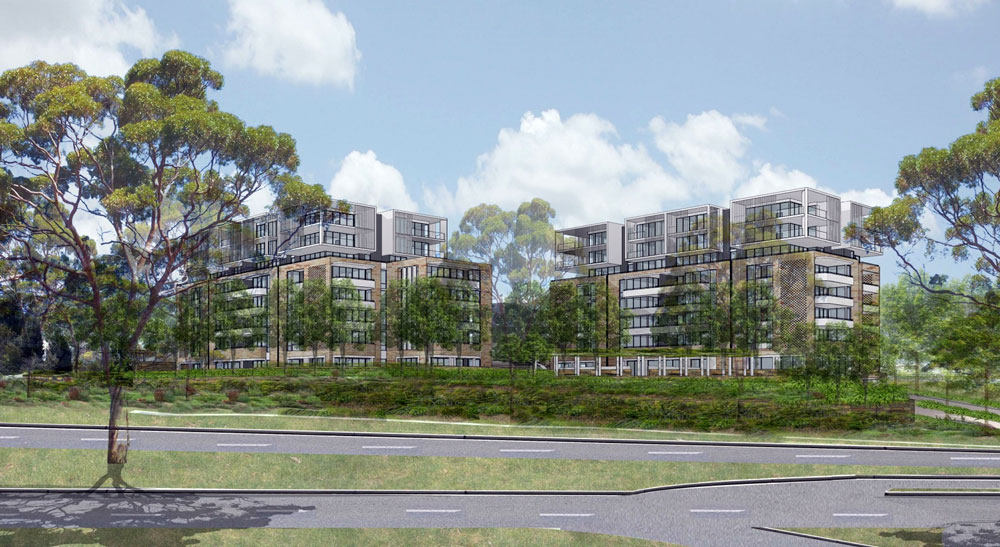 Last July “City News” commented about the progress of a questionable development on the former CSIRO site in Campbell.

The site is bureaucratically identified as Blocks 4 and 5 Section 38, whereas to most it is referred to as the “former CSIRO site” – being above Limestone Avenue and between Ainslie and the Campbell High School.

There were so many things wrong with this proposal. These objections remain and were not addressed by the National Capital Authority (NCA) when it decided to approve the project.

The CSIRO buildings have been demolished and the site is currently fenced off.

In the last few days planning experts have partnered with local indigenous voices to raise concerns about this site’s indigenous heritage. Or, more importantly, they have pointed out that in the NCA’s approval process there seemed to have been no serious efforts to determine if there were indigenous heritage issues to be considered – or if they were known about, no work seems to have been undertaken to identify the veracity of the claims.

When the NCA sought community feedback on this proposal, there were 77 documents uploaded and made available for the public. There is no document easily identified containing information on how the NCA or the developer addressed indigenous issues.

This point has been picked up by planning academic and practitioner Ed Wensing, who has more than 50 years experience and recently completed a PhD that examined the interrelationship between indigenous peoples’ rights and interests and the land-use planning systems in every jurisdiction in Australia.

In his public pronouncement on this topic on Monday (June 22) Wensing says: “There is an overriding moral (if not legal) obligation on land use planning authorities to ensure that Aboriginal and Torres Strait Islander people’s rights and interests are adequately taken into consideration in land use planning decision-making.

Our planning and land administration systems are not working very well at recognising and protecting Aboriginal peoples’ interests regardless of whether they have been formally recognised or not.”

His point is that almost all jurisdictions in Australia do not ensure that local indigenous heritage and cultural issues are addressed adequately when it comes to planning and development.

If it is true that the NCA planner sidelined evidence of these issues when deciding on the development proposals for the former CSIRO site, then it raises serious questions about the expertise, competence and the role of the NCA in its stewardship of nationally significant areas of the capital.

If these issues have not been formally assessed by the current and former CEOs of the NCA and their chief planner (this development has been coming through for many years), then there’s a very serious message being sent by this agency: Indigenous cultural issues do not matter!

One hopes that this is not true in the year 2020, but all the available evidence says otherwise.

If these claims were not subject to serious and thorough assessment, then it is logical to agree with Ed Wensing’s request when he call for: An immediate halt to the proposed development on the foothills of Mt Ainslie until such time as the Aboriginal values of the site are properly assessed and the development plans amended accordingly; and

“An immediate review of both the ACT and Commonwealth planning statutes to take better account of Aboriginal peoples’ rights and interests, in the same way that the Queensland government did in 2016 when they amended their planning statute.”

The NCA’s reputation on engagement with local residents and their community groups has reached new lows in recent years. Based on what is being reported by Ed Wensing and others, it seems that local indigenous issues have been subject to similar treatment.

Let’s hope that there is someone in the NCA who retains a sense of humanity and will act on Ed Wensing’s requests.