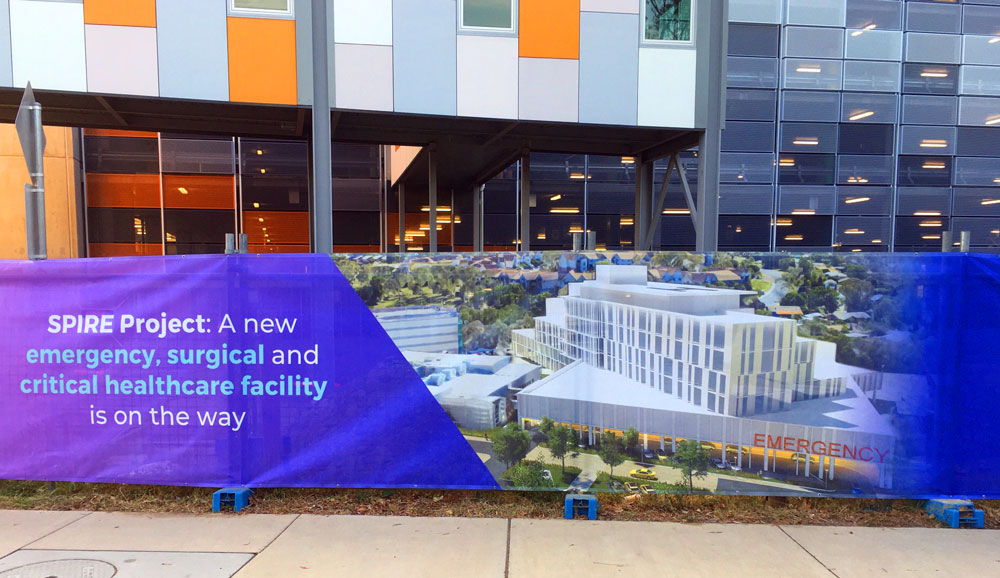 Last Wednesday the ACT Health Minister, Rachel Stephen-Smith released a media statement about the Woden Valley Hospital SPIRE project. I think she thought it would be taken as being good news. It was not.

The media statement was yet another misplaced attempt to pretend that this ACT minister was doing something that the community wished for. For this she needed to be called out – and she was.

The chair of the Woden Valley Community Council, Fiona Carrick, was quick to issue a statement that made it clear that the minister’s statement was fooling no-one. The community was not being taken in by the patronising tones within the minister’s media statement.

The other person who should be recognised for calling out this nonsense was the ACT’s shadow minister, Vicki Dunne. She could see the obvious that the minister’s statement was saying one thing while the reality was something completely different. It was that simple.

What both these people were saying reflects what so many others continue to say over and over again. This SPIRE project as proposed is SO wrong!

This project is a deeply flawed initiative that has now been messed with to make it no better than previously announced. If it goes ahead, the local residents will be paying the price in the form of the loss of amenity as well as having to cope with the dangerous situation caused by having more hospital visitor traffic and emergency vehicles on their suburban streets.

This important facilities upgrade needs to be placed within the present structure of the building – with one of the present buildings undergoing a major upgrade to house it.

It is this sensible major commitment that this Greens/Labor government is desperately trying to avoid by hiding behind their last-minute and ill-considered election promise to build SPIRE on the corner with Yamba Drive.

This was later changed when it was proved to be unworkable. It was then that the stupid idea materialised to build this huge complex facing on to Garran’s suburban streets.

The minister concerned, Rachel Stephen-Smith, knows too well that this whole mess is a decision that was about winning a political point at the 2016 elections. It has not been about making the right decision for the hospital’s future and the longer-term benefit of the city’s population.

Full marks to Fiona Carrick as a community leader for calling this out. Bonus points also go to Vicki Dunne. But it is only a few points while we wait to see what the ACT Liberals are proposing as an alternative solution for new facilities at the Woden Valley Hospital.

In a time when we need to be trusting health ministers, this statement points to bad practice in being open with the community. Let’s hope that in the days and weeks to come as we deal with the present health crisis, that we hear more from real experts and that time wasters stay off the stage.

As far as this SPIRE project is concerned, please step forward and let the government and opposition know what needs to be done instead continuing this foolishness. Stupidity needs to be called for what it is!