When bad design hinders being jolly 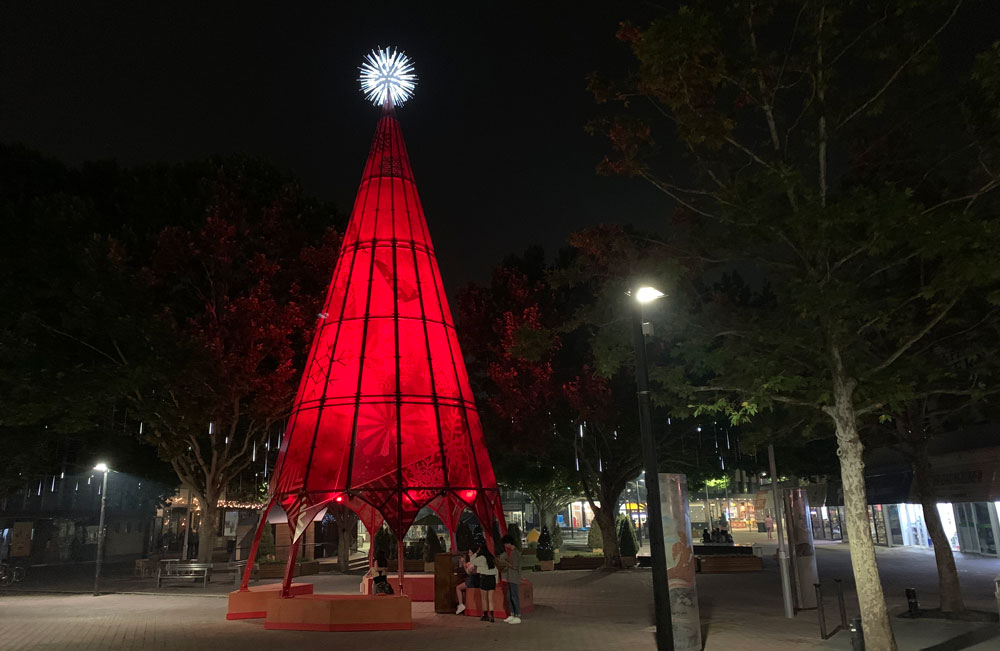 When in Civic around 10pm on Wednesday last week we were confronted with what the ACT government now defines as a Christmas tree.

I stood still for a few moments to take it in. And wondered, how could someone have decided that this represents a fun time in Canberra at Christmas? If so, we are doomed!

The pretend tree construction looks like a reject from those decorations supplied to shopping malls to represent a clinical corporate message.

The government that chose this thing must not like trees, must not know how to enjoy Christmas and definitely does not want people to be jolly. The message is about austerity and controlled design.

Is this the message from the national capital of Australia to tourists who wander through to check out how the city does Christmas?

At this time in Tokyo, Singapore, London and numerous other major centres, you will have no doubt that it is Christmas and at time to be happy. People wander around looking at the decorations. It is a fun time to be outside.

During our walk around Civic, the most colourful object was the tram station on Northbourne.
This official restrained message about Christmas was reinforced in the message that the Chief Minister sent out to voters. It started with the strange statement – “Thank You For Your Support”.
The message is clear that Christmas for this government has become a message about themselves.
This heading was followed by more stuff about how wonderful the Barr government has been.
It was made clear that we need to be celebrating the tram yet again.
While those few who live near the tram line would agree that it has been a success, I am not sure that there is any celebration among the majority of Canberrans who have no access to this new transport and have suffered the stupid changes to their bus networks.
As I will be saying often during 2020, voters need to look for candidates with a total commitment to trees and biodiversity.
Given the shock of seeing this official attempt at a Christmas tree in Civic, I think we may need to also put a priority on seeking out candidates who know how to have fun and want to make events such as Christmas a jolly time for all. We need to have politicians with an understanding of aesthetics.
For now, put all politicians out of your mind, and make sure you enjoy Christmas, however it takes your fancy!
Have a fun time.
Merry Christmas.