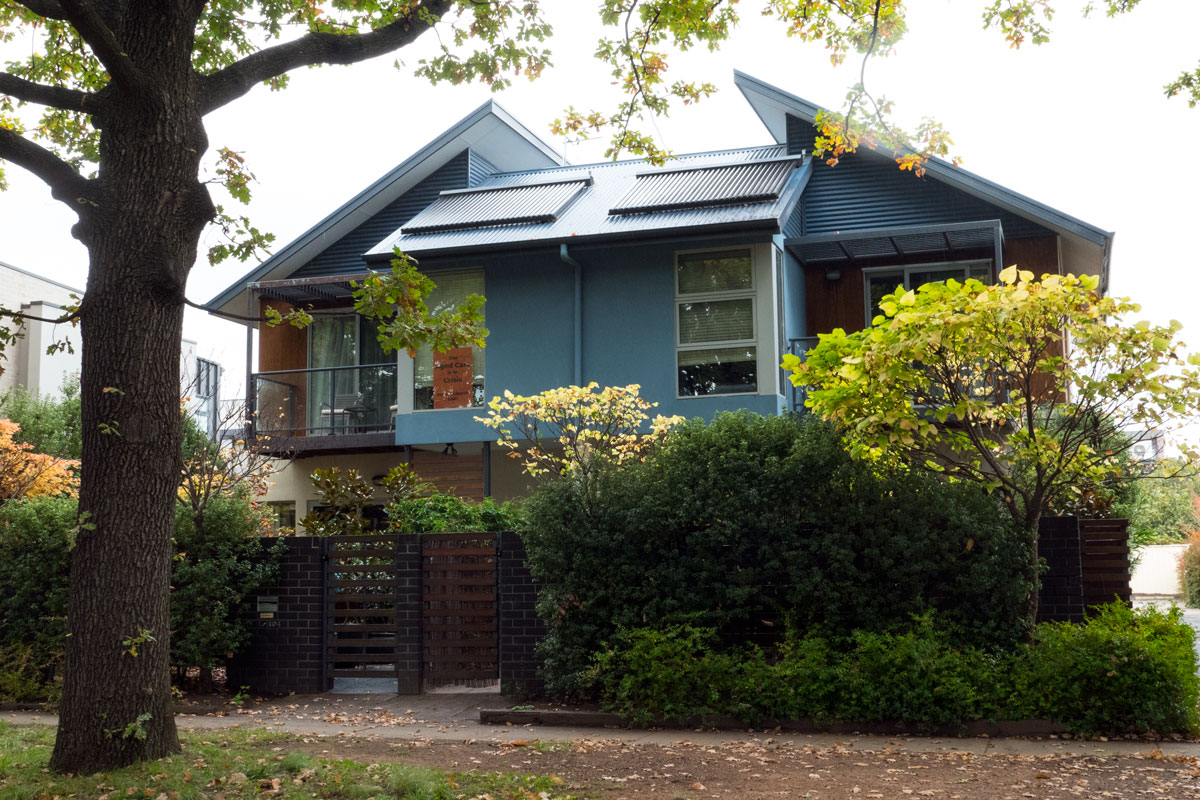 For a city with the international standing for being well designed (thank you, Walter and Marion), it is embarrassing to witness the shambolic efforts by the ACT government’s planning bureaucrats to come up with something resembling a 21st century planning system.

Their so-called planning reform is a charade.

The planning chief has said numerous times that the current planning regime has become too complex and that no-one can fathom how it functions. He also said that the emphasis needed to be on the outcomes rather than ticking boxes.

That the system should be more about outcomes is correct but maybe not for the reasons he thought. The future of suburban development is about design – about the integration of architecture, landscape architecture, urban design, urban engineering, heritage, adaptive design, garden design, green infrastructure, biodiversity and much more to do with designing for climate change and sustainability.

Such a professional integrated approach to suburban development is absent from the current pretence at reforms.

The city has suffered due to the narrow views of the current bureaucratic planners and urban designers.

They have used ad hoc and obscure processes to deliver bland and badly designed buildings, a lack of amenity and reduced greenery and biodiversity. The city is becoming boring.

It is time for the chief minister to realise his dream of an attractive, compact city. He needs a new set of experienced professional designers to deliver innovations through integrated design solutions.

To make this happen, Labor and Greens politicians would have to admit that they are being fed disinformation by the bureaucrats. They are convinced that residents are standing in the way of change and are resisting the infill of the established suburbs. This is a twisting of the truth to distract from the reality that rubbish development is what this planning directorate delivers.

Residents who care for the city’s future accept that their suburbs will be redeveloped and are already undergoing huge changes. Tragically, residents are not experiencing infill that is well designed.

The ACT government’s planning directorate appears to have no comprehension of good design and how it could deliver a high standard of living for the next generations as they deal with climate change.

Residents would love to see developments and infill based on good design and care for the suburban green infrastructure. People like their trees, the birds and all those suburban creatures.

If that was to happen, their attitudes to infill would change dramatically. But while the planning bureaucrats continue to ignore residents and enable the destruction of Canberra’s urban amenities, the residents are forced to oppose the constant flow of terrible redevelopments and infill.

The future of the city’s suburbs should be about design – not just bad planning. Planning has its place in defining some fundamentals, but the oversight of suburban development and infill should be in the hands of experienced professional suburban designers.

The government’s residential zoning system has been degraded by bureaucratic ad hoc decisions and a lack of expertise in ensuring the regulations are addressed in development applications.

Numerous programs have been devised to destroy the zoning system by stealth. For example, the Demonstration House program is a developer-driven pretence of innovation aimed to destroy the principles of the residential zones. And let’s not forget that one of the developers is employed within the City Renewal Authority.

If a design-led reform were to be agreed to, then it would be appropriate to scrap the no-longer fit for purpose residential zones in favour of landscape focused suburban design guides underpinned with regulations.

But that agreement would have to be based on none of the present planning coofs being allowed anywhere near drafting new suburban design guides. This would need to be done in partnership with community groups with the design team led by agreed design professionals. None of the usual local planning consultants need apply.

To see what is being suggested, search “Croydon Suburban Design Guide”. This one is relevant to a large South London suburban area.

A serious reworking would be necessary to have it set more relevant to Canberra suburbs as well as to place highest priority on landscape, green infrastructure and biodiversity.

This and other design guides could form the basis of a new Canberra Suburban Design Guide.

Dear chief minister, give it a go, it could be a great legacy.