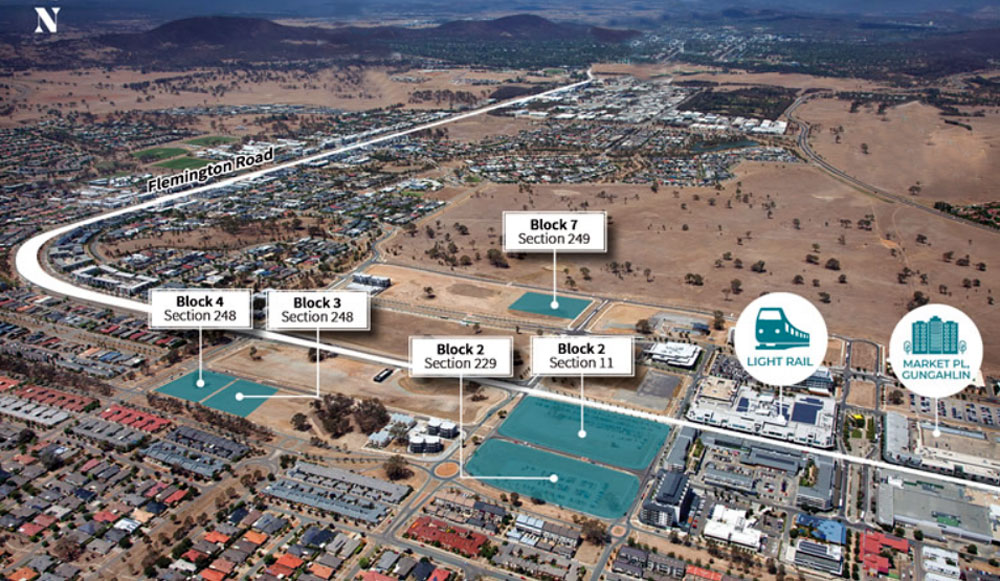 In late 2019 the ACT government proposed to vary the plan for the Gungahlin town centre. It didn’t take long for the Gungahlin Community Council to spot the devil in the detail – or to be more accurate – what detail went missing.

Formerly, the government’s introduction for the town centre was: Gungahlin town centre is the major hub for employment, shopping, social activities and public transport particularly serving suburbs within the Gungahlin district.

In the new draft – this sentence disappeared.

The Planning Directorate is defining Gungahlin as a dormitory set of suburbs (people sleep there, but travel elsewhere for work). Removing this sentence also takes away the notion of providing services – such as community, cultural, sports and cultural facilities. Neat trick!

Unlike the historical model for such town centres where the government was the developer and facilities were part of that package, this centre followed the private-developer-led model.

For Gungahlin the developers were given the opportunity to build a commercial centre with all the usual community and cultural services to materialise as needed. Nice theory!

The Suburban Land Agency is selling off the land to the east of the centre for apartments. The trouble is not just that there will be more towers, it is more about what goes missing as a consequence.

Locals accept that surface parking will eventually go but would have expected the planning bureaucracy to have put in place adequate transport linkages to enable easy access to public transport. Wishful thinking?

The tram has been a success for those heading into Civic for work. However, that depends on getting access to parking or having the set up for securing bicycles.

As more surface car parks go, there is no planning for how the ever-increasing number of commuters are to access the tram.

There has been little planning for better cycle paths and, mysteriously, the government neglected to provide a secure cycle shed for commuters.

Then there are the ever-increasing towers. A former planning minister, Andrew Barr, made this commitment: “I believe you can reassure your council that there is no risk that a ‘skyscraper’ would be approved for the Gungahlin town centre, unless such an outcome was to be arrived at through the town centre study, with the community’s support.”

Put that together with recent surveys by the Gungahlin Community Council that residents do not support any more residential towers in town centres.

Yet the Suburban Land Agency has listed the sites for sale as having an increased focus on residential – more towers. There is little provision for services let alone for the commercial activity that had been listed previously.

The Gungahlin community desperately wants to work with the government. This requires a willingness by the government to genuinely listen and not to reinterpret the community’s feedback – as keeps happening.

The government has firmly dropped all notions of long-term, people-focused planning. Local politicians have been mostly absent from the debates with Labor politicians more committed to be part of Team Labor than representing constituents while the Liberals remain silent.

It is doubtful that the ACT Greens are using this increasing urban design mess around the town centre as an example of their achievements by being in coalition with Labor. Likewise, it would be doubtful if the chief planner uses this in his boastful presentations at planning conferences.

Those who have worked hard to assist the community and have a voice about their town centre are at a loss to understand how the Chief Minister, planning ministers and the planning chief could be proud of where the centre’s development is heading.

Instead the government carries on being relaxed about allowing ad hoc decisions to hinder good urban development in and around this town centre.

Things could have been better given the commitment of locals over many years. It is still not too late to transparently engage with the residents who like the place and can see how it could be even better.