They think they are progressive – HAH! 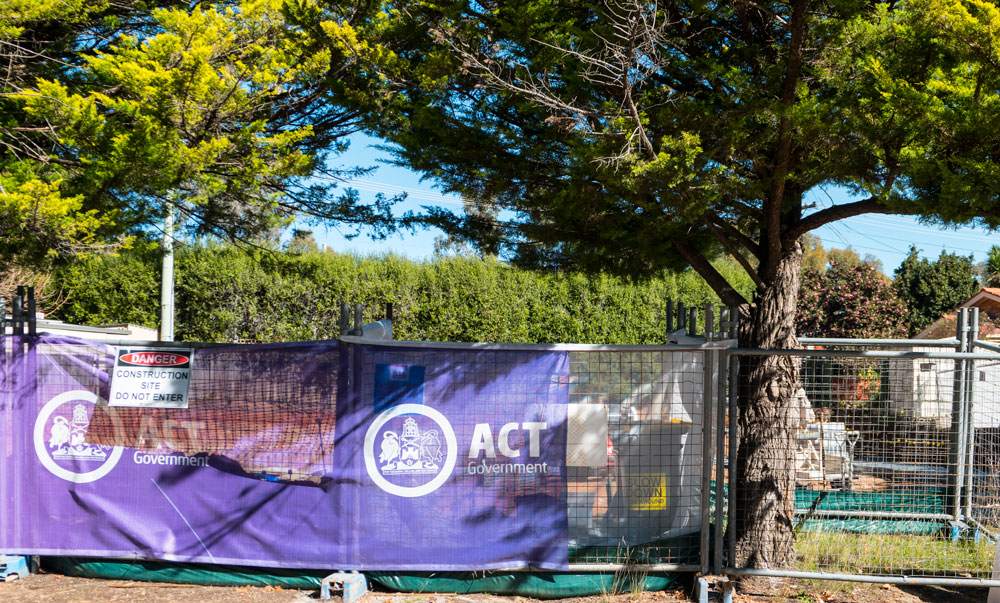 For a self-nominated progressive government, the ACT Labor/Greens government has not done well with social housing. Their only success in this area is the boldness of their superficial claims.  Do they believe they own rhetoric?

The ACT government, like most Australian state governments, has policies that encourage financialisation of housing (about making money rather than creating homes), they no longer practise inclusive planning and increasingly leave social housing to private developers – the market. The provision of adequate social housing no longer happens.

One of the most basic problems is how people in government housing are treated by those who should be caring for them – the government. While there are good stories of people benefitting from having a roof over their heads, the number of serious problems point to something fundamentally wrong with how issues are being handled – or ignored in some cases.

People who wish to raise issues are usually too afraid to be identified – and that says a lot about the people who run the system.

People in social housing want a quiet life. A place to relax and call home. Unfortunately, too many times housing complexes end up being dominated by “dodgy” neighbours – about whom the managers say that they can do little.

To quote one person: “Those imbecilic housing managers, there’s nothing managerial about them!”

These stories are not new. Then there are the frustrations expressed by those who dare to approach a politician. They may listen if you are lucky – but then nothing.

When pesky residents raise objections about particular developments (lack of planning, breaking multiple rules or plonked inappropriately on community land), the usual response is that the development is important because it includes provision for social housing (low-cost, supported housing etcetera). Social housing is used as a shield for bad planning and questionable developments.

The not-so-subtle message is that residents who raise issues about development proposals are opposed to the government providing social housing.

When the Gungahlin community tried to pause the sale of land around the centre, quick off the mark was Minister Yvette Berry to claim how the development needed to happen because it included social housing. She deliberately avoided the serious planning points being raised and instead made the issue that the residents were trying to hinder the provision of social housing.

At the moment, the government is redeveloping some of its housing stock – and this is a good thing. Well overdue in many cases. Hopefully more tenants will have a better roof over their heads.

For some reason the government has built walls of secrecy around when and what it is doing. It is as if it does not trust the neighbourhoods with information.

Ultimately, the development signs arrive and the locals then try to figure out what’s going on. In some cases, they fear the worst because the information is scarce and what they see often looks like an inappropriate development.

From the cases I have looked into, the development is usually justified. But it beggars belief that Yvette Berry and her bureaucrats believe that by keeping people in the dark, they will then magically be supportive.

Too much of the government’s social-housing programs are about cramming people together. While research recommends stand alone or small complexes (less than six), this government still builds larger complexes despite the historic evidence that these more often deliver social problems and lower standards of living.

The ACT government has failed to provide adequate social housing, nor addressed the on-going issues of quality of life for residents who continue to deal with low maintenance and “dodgy” characters being allowed to dominate.

This Labor/Greens government needs to stop playing dangerous games that have increased the misunderstandings around social housing.

All forms of social housing need to be greatly improved. The government needs to improve the way the social housing managers interact with residents, and local communities need to be engaged positively with social-housing developments.

And stop plonking housing on green spaces and community land!