the failure of the National Capital Design Review Panel 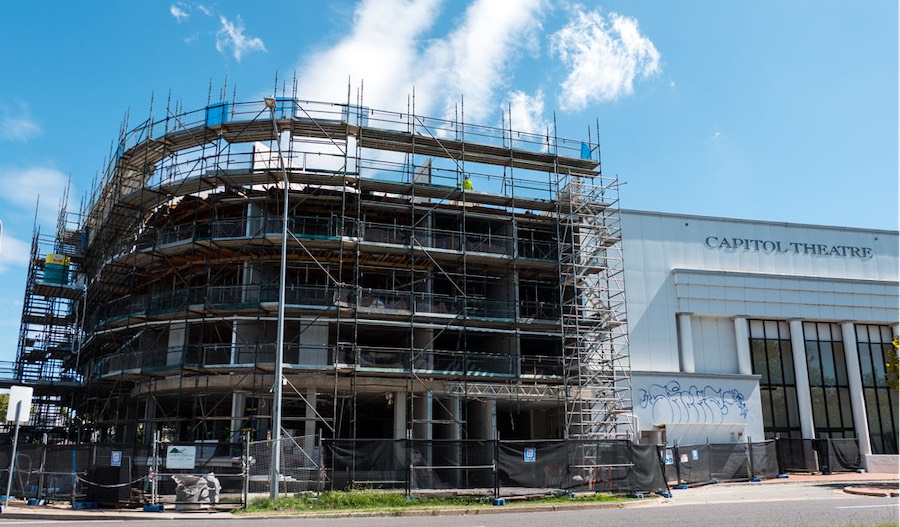 Along with the wish the government would look after the city’s landscapes, its greenery and its open spaces, a common frustration is that the government does not understand design and does little to encourage good architecture.

Admittedly, historically Canberra is about landscapes – not about architecture. But the two can co-exist if the government was to show leadership in design, heritage and landscape.

A few years ago, residents were offered hope that things may change when the government announced a new committee – the National Capital Design Review Panel. People knew straight away – another committee should do the trick!

Here is an abridged version of what this panel is about

The panel offers the opportunity for peer review of development proposals by independent design professionals with the aim of achieving the best possible outcome for development proposals and public spaces. Panel members will be selected from a pool of experts identified for their skills, expertise and record of achievement in one or more fields relevant to planning, design and development.

Impressed? Unfortunately (for those wanting good design), the main protagonists are the ACT government architect (answerable to the planning chief and the planning minister) and often the NCA chief planner (answerable to someone federally). This ACT Labor/Greens  government’s version of being independent is to have government appointees as leaders who have a commitment to whatever the government wants done (trash the joint?).

We are not to know who the other panel members are. It is a secret! But anyone invited on to the panel would be someone that does not rock boats and enjoys being close to this government.

That’s not unusual with the ACT’s Labor/Greens government concept of transparency and democracy. Fun times!

The last time the members’ names were revealed was in 2018 when they assessed the first proposal by Liangis Investments for the Manuka  cinema site. Those panel members were all architects. Very diverse!

That brings me to the latest development application from Liangis for the Manuka site – lodged in February. This included a second review by the design panel carried out in May. The panel’s comments and the proponent’s responses are worth reading – to witness the silliness and naivety of the review panel.

While the developer maintained an air of being polite, it was obvious what they thought of the review panel. Several suggestions were knocked on the head simply because they had already been approved or were according to the planning rules.

For instance, the rules encourage almost no setbacks yet the panel were trying to get the developer to allow space around the building for large deep-rooted trees. I would always encourage more trees, however if the rules say don’t bother, why would the developer consider this?

There was a suggestion to open up the centre of the building to allow for a passage so that people could walk through to the stadium opposite. Really! I bet the developers laughed all night about that one.

Following pressure from the panel, the developers have changed the design concept from the original Parisian-style design to accommodate the panel’s requests for a more contemporary federal capital look. I wonder what that is?

More glass walls as in the DKSN building where the Planning Directorate is hiding or what most of the others are doing –  cookie-cutter, bland white and grey towers. Please go back to the Parisian-style or even try some mock Tudor or maybe a little Baroque. Anything would be better than the so-called federal style that has delivered some pretty ordinary stuff.

Well thought out and resourced initiatives to encourage good design in landscape and in architecture are overdue and urgently required. This National Capital Design Review Panel is not doing this, cannot do this and will continue to be regarded as a joke.

Someone in this ACT Greens-enabled government needs to think again about how to encourage developers to take landscapes, design and architecture seriously.

Bring on the good architecture!