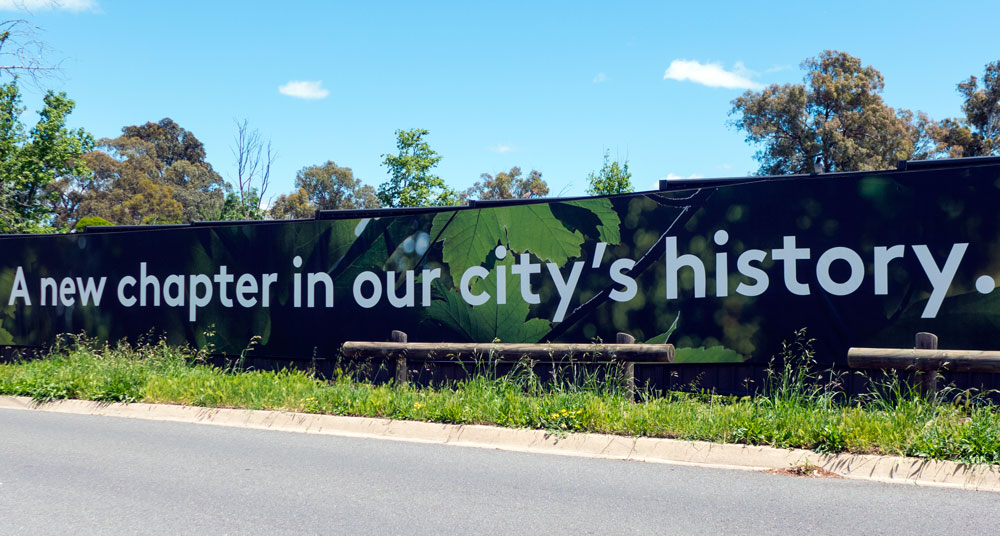 It could be said that residents and community groups have been a little foolish.

Foolish in that they listen politely to presentations by the City Renewal Authority, the Planning Directorate and the developers and their spin doctors, the planning consultants.

These developers and bureaucrats come to residents’ meetings to present proposals that are supposed to be absolutely wonderful – they will be vibrant, promote active travel, save the planet, not clog up the nearby suburbs with parked cars and have fabulous green spaces. So apparently, pigs do fly.

They make their presentations because the ACT government (and the NCA) pretends that this is how professionals conduct consultations (don’t laugh just yet). Anyone with experience knows that these consultations are a complete sham. More often than not, they are about announcing that this is what the developer/government is about to do in your suburb or on important urban spaces or parklands – and now you know that, consider yourself consulted.

The trick is that commercial and government developers (eg City Renewal Authority) and their planning consultants know this is all that’s expected. The boxes are ticked according to the rules set by the Planning Directorate and then it’s all systems go.

In subsequent meetings and media statements the Planning Directorate and complicit politicians proudly boast that the community has been consulted, so what’s their problem? Or in the case of the City Renewal Authority, that the Canberra community is over-consulted.

Full credit to them as they say this straight faced without any hint of sarcasm. Full credit as they have been getting away with this sham for a decade or more – especially since the days when Andrew Barr was the ACT’s planning minister. And full credit for knowing how to play residents.

The government and developers know that residents are polite, are considerate and are open to consider some changes. The presenters have no qualms about disguising what they intend to do.

Presenters use the values of the residents as tools knowing that the politeness will ensure a quiet reception to questionable development proposals. It is rare that a residents’ meeting will be honest and just say that the presenters are having them on and are talking rubbish.

Having presented their proposals, developers (including government agencies) will later push through amendments some of which are beyond the pale. New storeys may be added, features disappear and arguments put to shrink promised amenities. The view of residents is that the completed development may bear some resemblance to what was originally presented if you can be creative in what you are confronted with as the finished apartment block or tower. This really is that all talk and presentations of being concerned about the future of the city is thinly disguised misinformation.

Some residents chose to take decisions by the Planning Directorate to the appeals tribunal. The frustration is that as residents drill down into the detail of approved developments all manner of faults are identified. Residents are left to wonder just what planning bureaucrats do besides have meetings and attend functions. Do any of them do any planning?

Politicians stated during the elections that Ben Ponton’s Planning Directorate is undergoing a planning refresh and that things will be better in the future. Should we anticipate that the ACT Greens in government will honour their commitments to do something real about planning and development? Asking too much?

Let’s not talk of a refresh, it’s time for a completely new planning system with new leadership.

It was probably a little harsh to say that residents are foolish to take on the monstrous government’s complicated planning and development regimes. The rest of us should be grateful for the dedication of our community leaders. But maybe there is a better use of time, energy and resources.

Maybe they should cease participating in such blatant sham consultations. There must be something better to do than banging heads on the unforgiving walls of the ACT’s opaque Planning Directorate.