They talk to voters at elections only 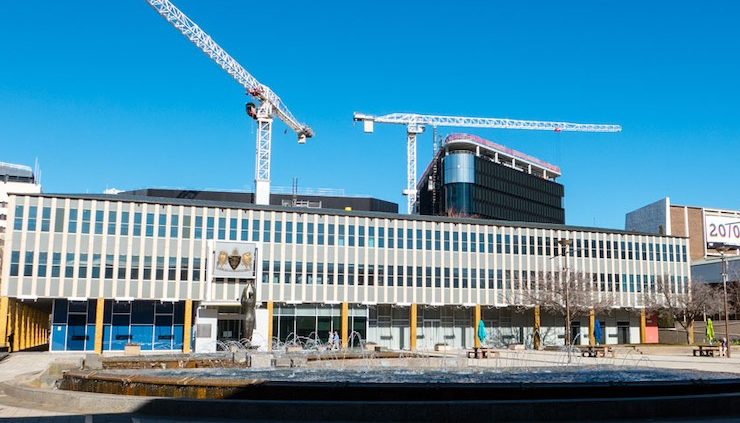 For Canberra residents involved with advocacy on planning and development over the last decade, a major frustration was the attitude of ACT politicians once elected to government.

If the pattern continues, the new Labor/Greens politicians will soon disappear behind a bureaucratic wall of minders and communication officers. Talking with voters happens only during elections.

When residents took their stand against the barbaric bulldozing of West Basin’s biodiversity and open spaces by the City Renewal Authority, the ACT Labor/Greens politicians responded with well-rehearsed rhetoric and misleading information.

They ignored the evidence presented by residents, heritage experts, scientists and anyone with a love for this city. Politicians failed consistently to represent their constituents preferring to align with Team Labor and the arrogance of the City Renewal Authority.

This disconnect with residents was the new normal. This was the experience in Molonglo (Coombs shops, Coombs Peninsula), Weston (parkland to be bulldozed for parking), Woden (anything to do with community facilities and green spaces), Dickson (Parklands and Common Ground, the unresolved Dickson land swap), inner south (Kingston Arts Precinct and the undelivered Manuka Master Plan) and the list goes on – but let’s not leave out the North Curtin Horse Paddock land deal.

Those attempting advocacy by contacting local politicians would most likely receive a “do nothing” letter or email with reasons why, as local, elected politicians, they could do little to assist.

If the resident sought an appointment, such meetings were booked for a month to six weeks away. The new normal was that residents’ issues were not priorities of local politicians. They were busy with meetings and endless committees to sit around in – let alone to be on call to developers and the property industry. The clear message for residents was that their place was at the end of the queue.

The new Legislative Assembly contains a host of new politicians and many of those are now in government or at least are enabling government to function.

During the elections, planning and development was the hot issue being avoided by candidates. The election results demonstrated clearly that for most voters they were not happy with the two major parties.

The lack of credible planning and the subsequent rubbish developments being approved may not have been discussed daily but the impact of the destruction of the city definitely influenced how people viewed the last Labor/Greens coalition government.

On urban, biodiversity and green infrastructure issues, none of the last lot scored highly with residents.

The reality is that Labor remains the majority because of rusted-on voters and preferences. The Liberals have to deal with Team Seselja’s conservative faction if they are to be viable to the electorate’s swinging voters.

Many voters swapped to the Greens as they (correctly or incorrectly) could not identify with other options (independents etcetera). This means a lot of trust (with fingers crossed) was attached to those voting Greens.

The next few months should be an interesting time. The new Greens need to seek ways to stay in touch with residents, to not just talk and be friendly but to take actions and stand with residents, and do the big one, to deal with the Planning Directorate head on. The new Greens must not do what others have done and leave planning to the professionals.

The ACT Greens need to watch every episode of “Yes, Minister” so that they recognise the rhetoric that will be used. They need to act on the reality that the Planning Directorate has years of pushing aside residents for the “greater good”. The ACT Greens in building their new normal need to “do no harm”.