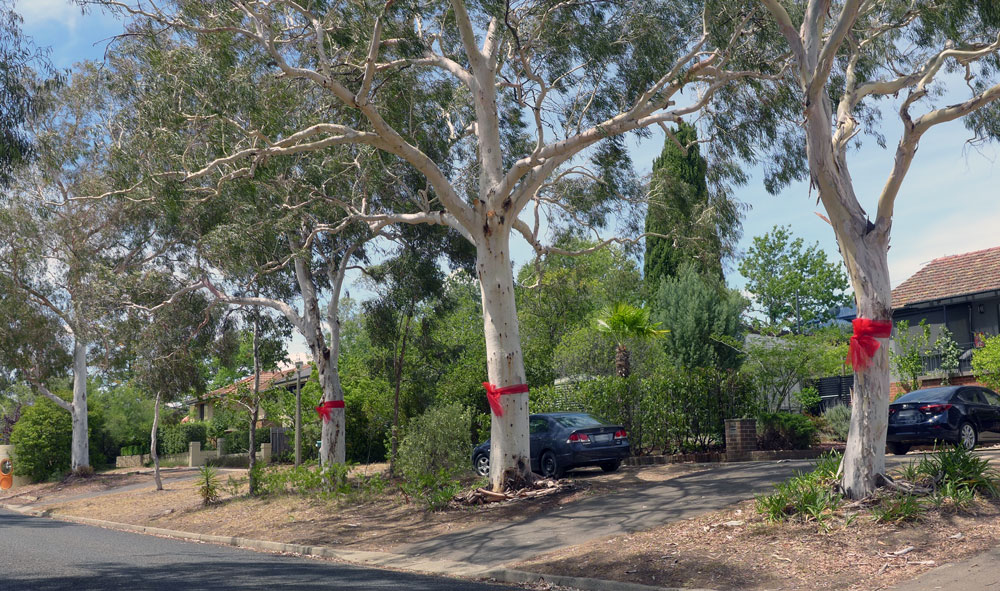 Is there a more significant way of celebrating Christmas than with a tree?

Yes, with lots of trees! How about a suburb of trees? This is what the Yarralumla Residents Association is doing for Christmas this year.

While others, including myself, hang out cheap lights to flash through the night, the Yarralumla community is doing it the gentler way by asking residents to tie a large red bow around their street trees.

Not that everyone has joined in (yet – never too late), but the effect already as you drive into the suburb is that this community is in celebratory mode.

And by doing it through giant red bows on the street trees they are signalling that they are sharing good cheer not only among themselves, but with visitors.
This wonderful bit of symbolism of using their street trees send all sorts of messages.
The most obvious, beyond let’s have a bit of fun, is that residents really do cherish trees – lots of them especially when they deliver in spades on shade and ambience – as well as aesthetics, a word that this ACT government tends to avoid. 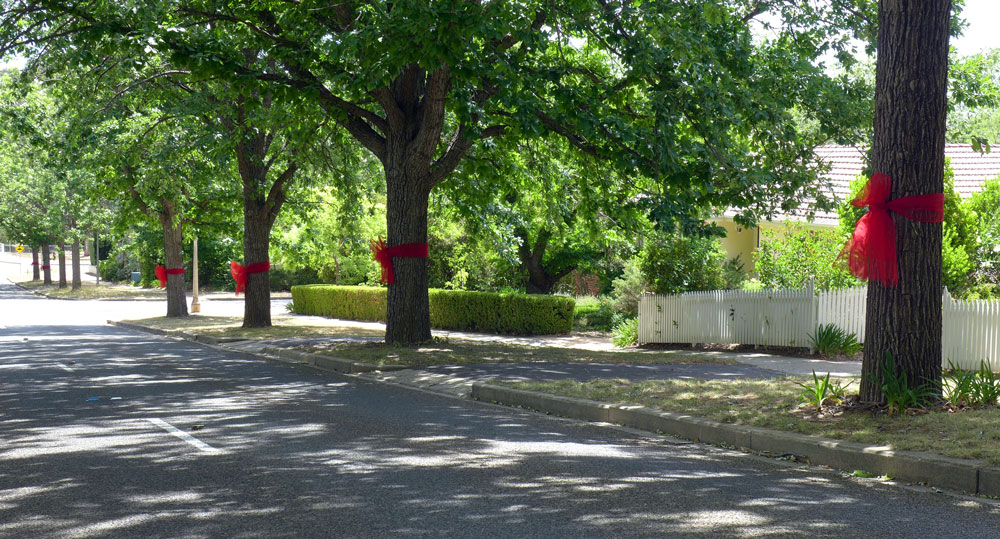 The residents of Yarralumla, as well as several others across Canberra, value trees so much that they have working bees to care for them, to do some pruning and whatever it takes to see that their suburban forests remain in good shape.

Those Yarralumla people value the heritage of the place (heritage is another word this government avoids). They know how important trees are to the biodiversity and that includes encouraging birds – and there are plenty of those in Yarralumla.

All this points to what these community associations would love to spend more time and energy doing.

So many resident groups are dragged into having to deal with the on-going stupid and mind-bending decisions by the ACT planning directorate that continuously challenges locals to bring common sense and intelligence back into the planning and development process.

These groups would much rather have faith in the government planning processes to deliver on important agendas as increasing, not decreasing, the green infrastructure of the city.

If that was so, they would have more time for celebratory events such as their recent Christmas party and now these giant red bows across the suburb. 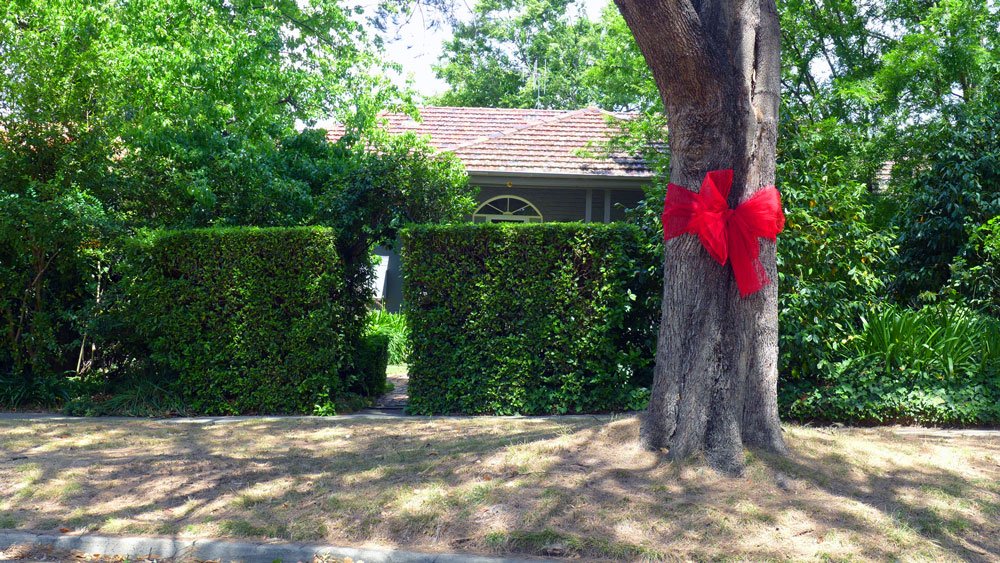 This red-bow event has been successful with demand for more resulting in the association volunteers having bought out all stock with more being shipped in urgently to meet the on-going requests.

What a way to finish the year!

Well done to the Yarralumla Residents Association and well done to the residents for joining in and showing everyone, other residents and our not so fun-making politicians, that life can be fun, that residents are passionate about their suburbs, love their trees and want everyone to be having good time.

What a better way to finish a busy year – with a big smile!