Opinion: Girls can do everything, just not all at once 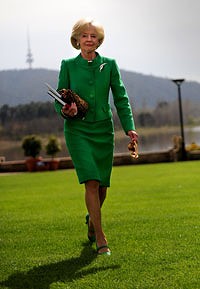 With the first female Governor General now having departed the scene, it was indeed timely for a local writer to sum up the messy situation that occurred thanks to our infamous Prime Minister.

That is, The Rabbott took this opportunity of the departure of this well-loved person from this high office, to confuse any celebration by announcing that he was bringing back the out of date honours of Knighthoods and Dames. To rub it in fully, The Rabbott announced that Quentin Bryce was to be the first to be honoured.

here was little doubt that this was just one more act of revenge from this horrible monster along with all the other acts of revenge we have seen this new government hand out to anyone not in their camp.

After all Quentin Bryce dared to have the wish that any boy or girl should be able to aspire to be in the highest office in the land and should be able to choose whoever they wish as their partner in marriage. How dare she have such aspirations! 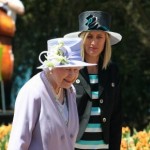 Marie Coleman commences her piece with the reference to that day here in Canberra in 2011 whereby the five dignitaries on our screens were all women.

I remember thinking how far the country had moved in such a short time.

Alas, sadly we now look again today in 2014 and see how far we have reversed in such a short time.

If we were to have a governor-general under the present outdated monarchist system, it was indeed great to have such a warm and intelligent person as Quentin Bryce as that person. She will be missed.

Click here – for the Canberra Times piece by Marie Coleman, whose own contributions to debates and conversations remain invaluable – she is very much also one of our honoured leaders.

PS: I strongly urge all republicans to take the Rabbott honour system to heart, and for everyone to self anoint themselves as a Sir or Dame (and mix up the genders); everyone should attach the honour to your own name so that everyone becomes a knight or dame. Such is the way of an egalitarian country.