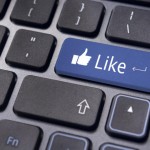 What does it take to bring out even further that narcissist behaviour that occasionally surfaces within social and business interactions? By my reckoning, not much.

I have witnessed that when a certain group in society gains access to any social media, or online forums, or even reply sections online, that with very little encouragement, they quickly plunge headlong into some of the worst troll like and uncivilized behaviour.

The difference is, that they are not the usual trolls, as trolls hide their identity. The instances I refer to are those that happen with known groups. That the trolls are identifiable and are known to the readers. In fact their behaviour is as expected, it has become the norm, and sadly has been allowed to continue largely without challenge.

It is a serious issue and shame is that this behaviour is accepted in normal day-to-day discourse with these people. I have even heard others say that this is part of ‘robust’ debate.

I have had to disagree. This is not robust discourse. It is a form of aggravated assault through social media and these people need to understand that their narcissistic and unsociable attitudes and bullying should be addressed and modified.

These are the people who previously have found the occasional opportunities to bully and to denigrate others. They now use the media to dominate. Unfortunately, given that their previous bad behaviour has been accepted as normal, of course they would see their otherwise unacceptable as their free speech. They really are naturals at letting their narcissism be their mode of operation. Their peers have allowed them to think that it is normal behaviour.

The most damming aspect about this is that others remain silent on this form of behaviour and the damage it does to others.

Research has been looking at this. It is still early days with this research, but it is worth monitoring any of the research as it happens.

This latest looked at Facebook, being a mirror, and Twitter, being a megaphone, as the researchers explored how social media reflected and amplified the growing levels of narcissism. I am not convinced that there is a growing level of narcissism. Rather I propose that the misuse of any of this media has allowed some not so well-balanced people amongst us to portray their worst parts of their personalities very forcefully and viciously, often at the cost of others’ health and wellbeing.

Here’s a link to one lot of the research online – click here.