The National Museum of Australia in Canberra 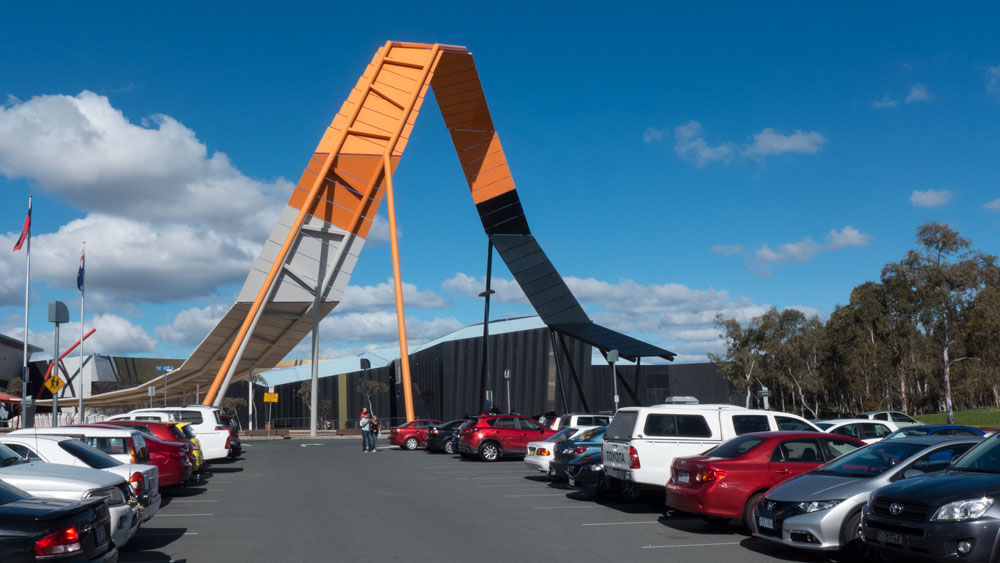 We meandered over to the museum on a Saturday afternoon to try their food and coffee.

I have always had my doubts about the architecture of this place. In particular I have wondered often about the orange thing out front. While it looks sort of arty, it is actually a bad example of kitsch and something over-design, or over-stated. It also looks as though it will protect you when it rains. Be warned, it doesn’t. In fact because of its design, it dumps water on you in at various times as you dash under it. The top of it seems to be fading already. 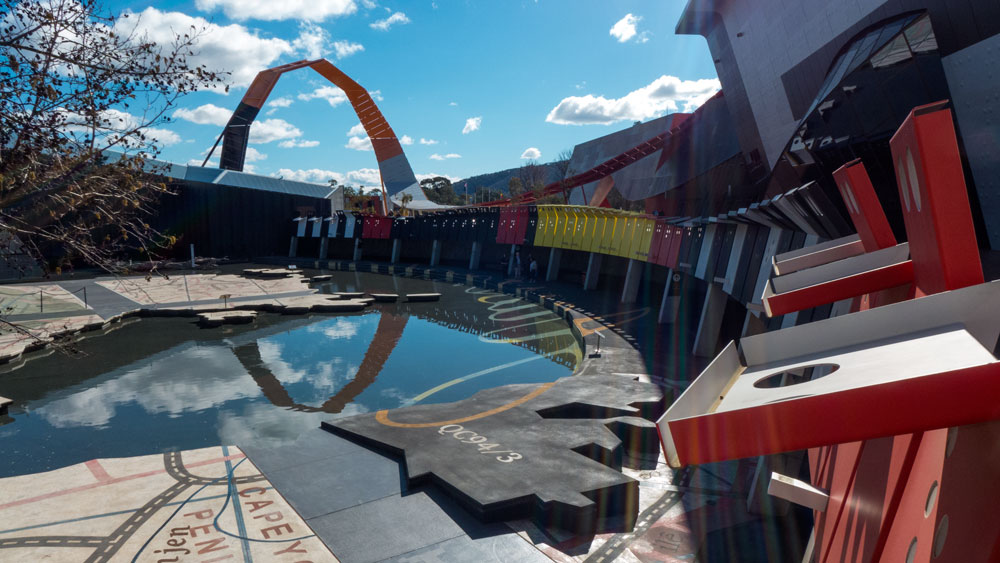 The Garden of Australian Dreams is looking a bit sad these days. The colours on the surface areas have faded. It remains an interesting art piece and statement. Most people just do not get it. I have watched endless numbers simply walk through, glance about and then leave. It is usually children who enjoy as it a chance to run about. I noticed this time that metal poles have appeared on the slops to stop people rolling off. The poles look very ordinary compared to the designed layouts. 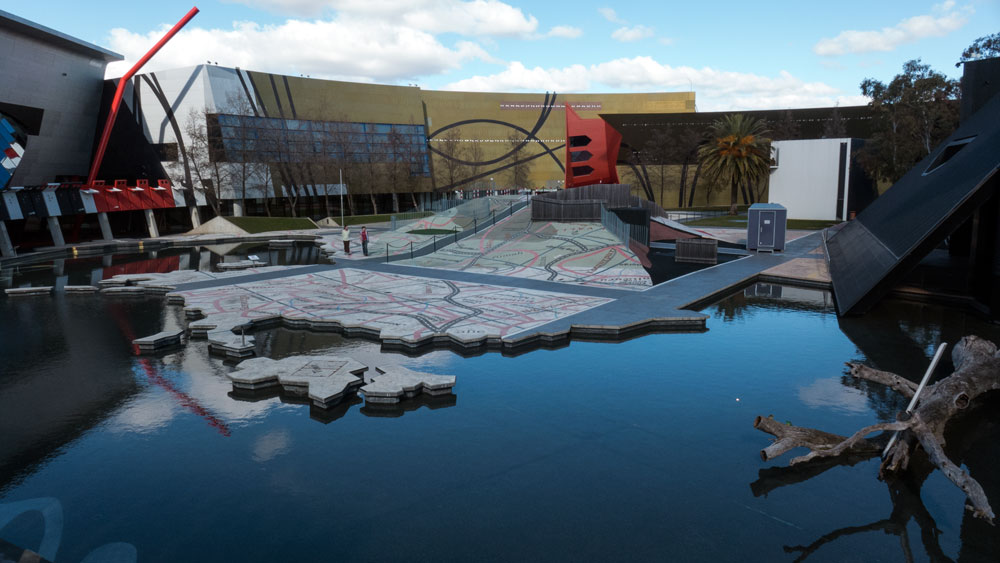 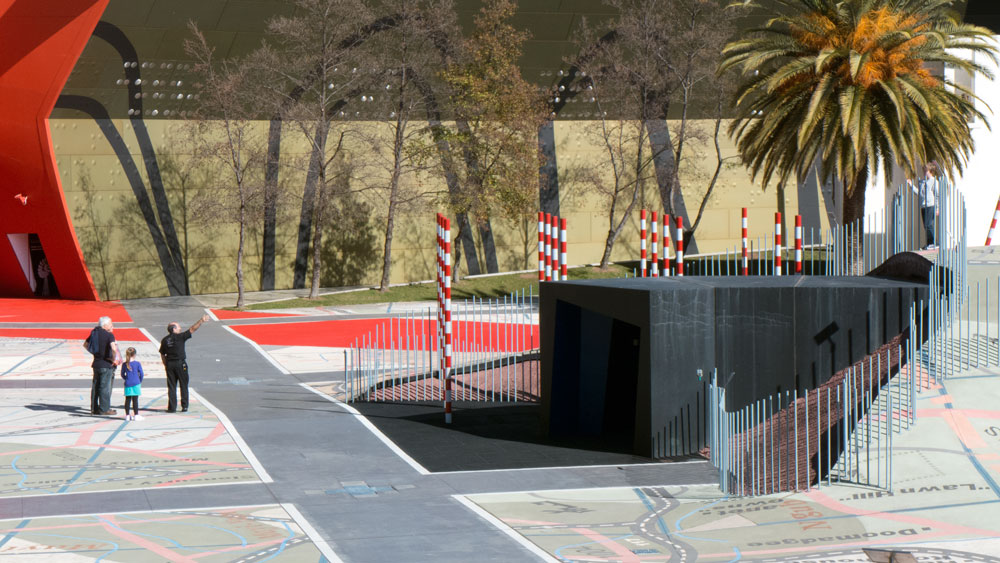 Around the museum, the landscape work is very basic or in some cases, non-existent. The museum could do with a good garden around the outside and that would cater for most people expectations. 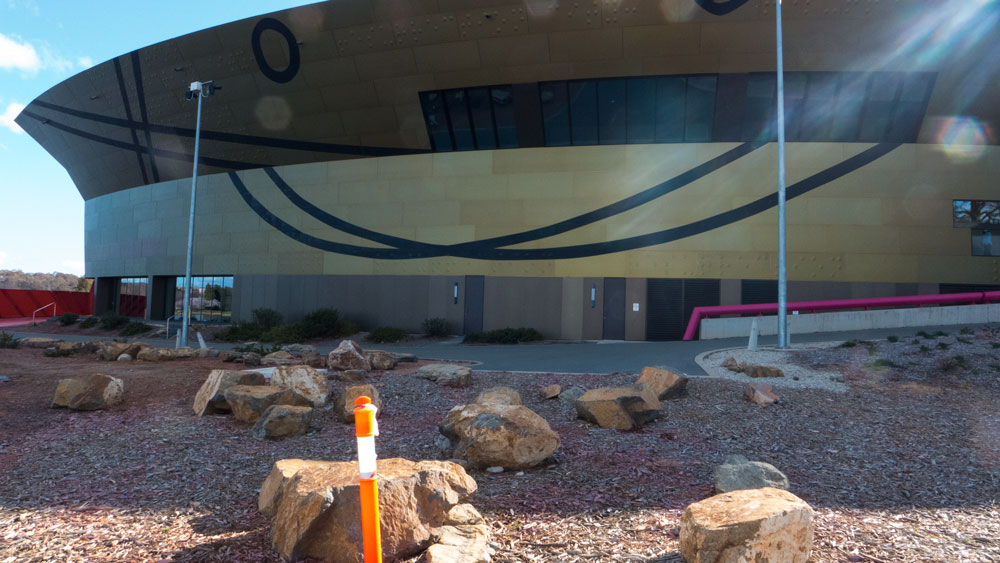 There’s the award-winning extensions to the cafe/restaurant with some renegade tulips in amongst the grasses. 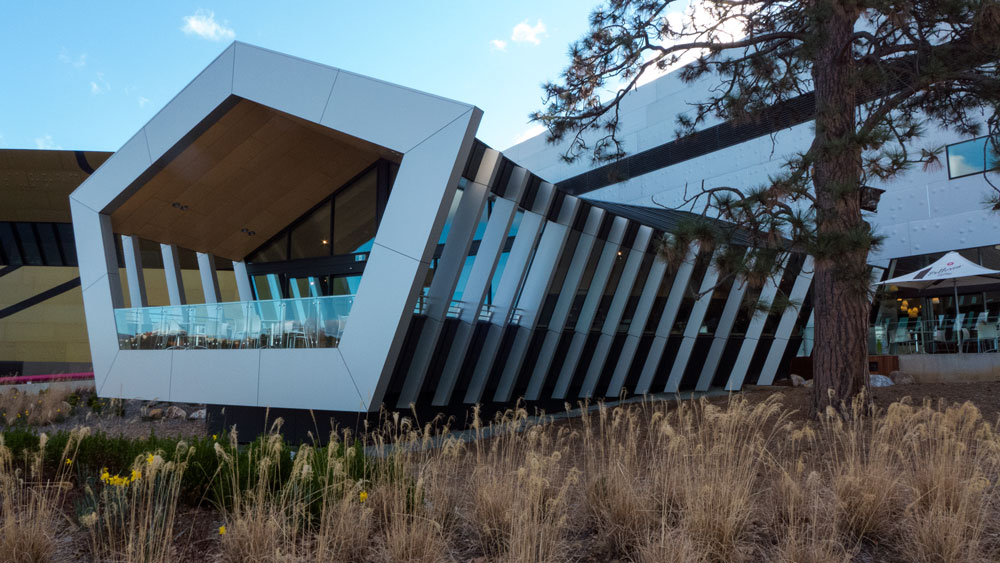 We went there for the cafe and food. Sadly for us and a host of others looking for refreshments, we were informed that the kitchen closed at 3pm. There were only pies and things. I settled for a chunky meat pie, that turned out to be not so chunky. It was very ordinary and cost $6. The coffee was hot and not too bad.

We chose to sit outside as there were very noisy people in the main space and the acoustics were terrible and seemed to exaggerate the noise. Unfortunately by sitting outside we, and others nearby, became the subject of very aggressive Indian Myna birds. Not very relaxing. This space is not recommended as a place to eat and relax.

Around the other side of the museum are some grassed areas by the lake that make for a place to escape. Closer in, are some fine landscape art works, being large Bogon Moths. Very nice! 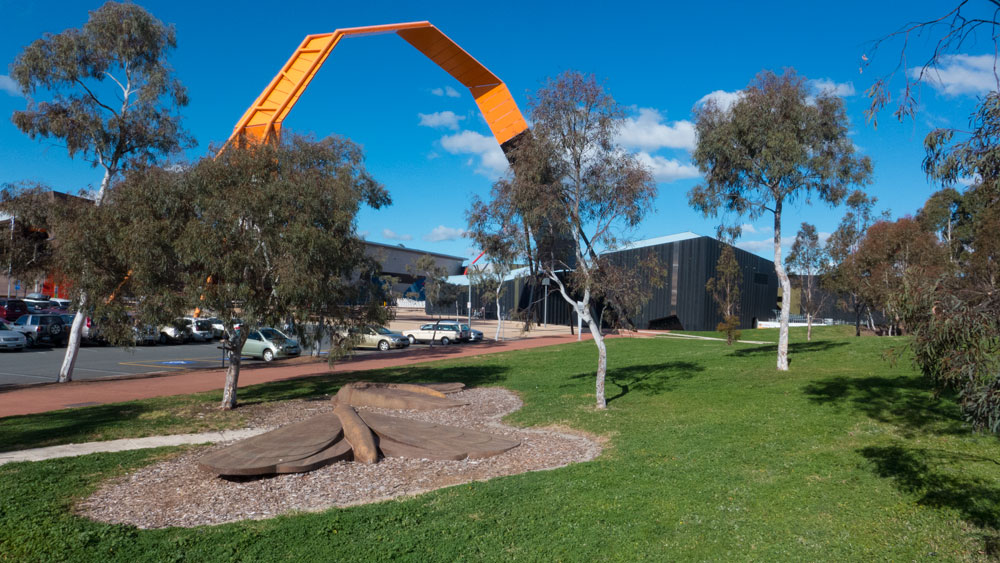 I say again, that orange thingy was novel once, but over time I have come to see it as kitsch and bordering on being an ugly piece of design work. 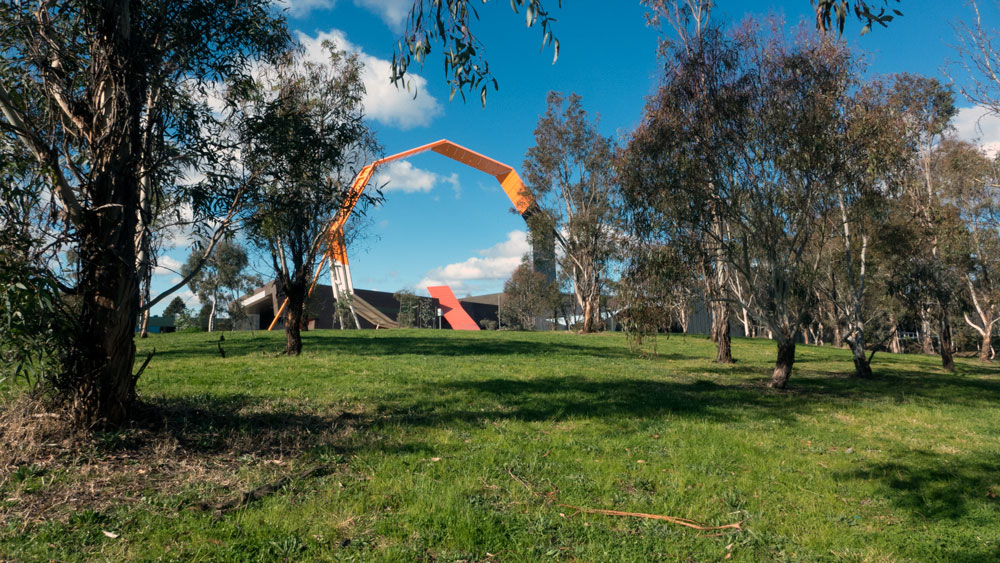 I suggest the museum has a big problem with that inner courtyard, The Garden of Australian Dreams, as it ages. What can I say – best of luck with that!

And whatever you do, do not go out to competition and  set up a jury. As with most such juries, they end up being made up of the usual suspects, who then piss in each other pockets and chose some design irrelevant to the site, to be undertaken by their friends. You have been warned!