Before the last election there were promises of how planning was to be made easier to understand (the Ponton planning review that did not happen), planning was to be more people focussed (pigs might fly first), and new agencies to ensure good design and better urban environments (it has got worse).

The shocker of the month is definitely the appearance of Geocon’s proposal for inner Kingston.

People across Canberra stared at the plans and drawings mentioned in my last post (on Kingston and Geocon) and simply could not believe it.

Surely, Geocon’s proposal for inner Kingston is a joke.

To rub salt into the wounds, the spin being used by the developer’s planning consultants is totally disconnected from reality. To quote:

“The design seeks to contribute positively to the Kingston Group Centre through high-quality design and activated ground floor with complementary materials and articulation moving up the building. A select choice in building materials will help to emulate the surrounding suburban character.” 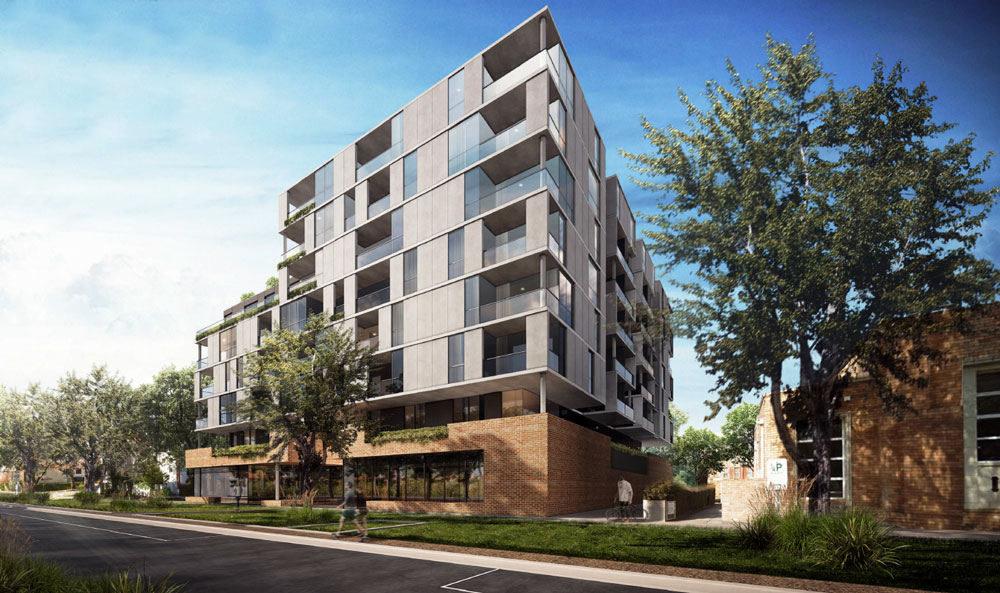 The role of these consultant spin doctors, who are paid to mechanically mutter meaningless phrases in support of questionable proposals by their clients (the developers), has become a serious and troubling part of the problem as to why meaningful and genuine community consultation does not happen in Canberra.

A big mention was made of the fact that this design had been run past the National Capital Design Review Panel. Sounds impressive?

Now see if you can discover just who is on this secretive panel. When they used to be listed – the panel was dominated by the NCA’s chief planner and the ACT government’s architect. There’s independence of thought for you!

The joke has to be on good citizens, who optimistically believed that this government could have been slightly interested in design and architecture.

If this latest Geocon proposal is anything to go by, this government needs to completely rethink its design review panel. This panel needs to be independently committed to good architecture and design and be prepared to knock stuff back. The future of the city and its citizens should be their focus.

Then there is the role of the locally elected politicians. As soon as they saw this thing they should have been out there on the Kingston barricades supporting the electorate.

There is an election coming, isn’t there? It should not be up to the volunteers in the Kingston Barton Group to be chasing politicians – again! What do these politicians get paid for?

“I consider the proposal released does not fit with the form and amenity of the surrounding neighbourhood. The proposed height of the building could overshadow important communal areas, existing residences, and walking and cycling routes.”

I suspect it took everyone by surprise. Has his good work on the pandemic reminded him that his electorate has people in it who are worth looking after? Has someone explained that people are friendly if you are nice to them?

We can only speculate. But let’s be positive. His email was definitely welcomed. Let there be more like this!

Until this email arrived it was generally accepted that the Chief Minister and this Greens/Labor government had accepted Geocon’s mantra of smashing the notion of Canberra as the Bush Capital.

The image at the top was taken from one of Geocon’s online videos where someone smashes a glass wall with these words on it.

Maybe at last the Chief Minister is going to distance himself from that destructive and barbarous notion.

Will Geocon ignore the thoughts of the Chief Minister?