Thinking outside that box

Civic was established to be the main metropolitan centre of Canberra. Back in the 1970s and into the 1980s this was the heart of Canberra and had developed its own culture. People would go there to be seen, to meet and to shop. The outer centres were yet to offer the same level of amenity.

The Canberra Centre was a small mall. So most of action was out in the open areas, Petrie Plaza and Garema Place and the spaces along City Walk.

In a recent Canberra Times article a journalist provides quite a nostalgic view of what this central area was all about. It had a future. 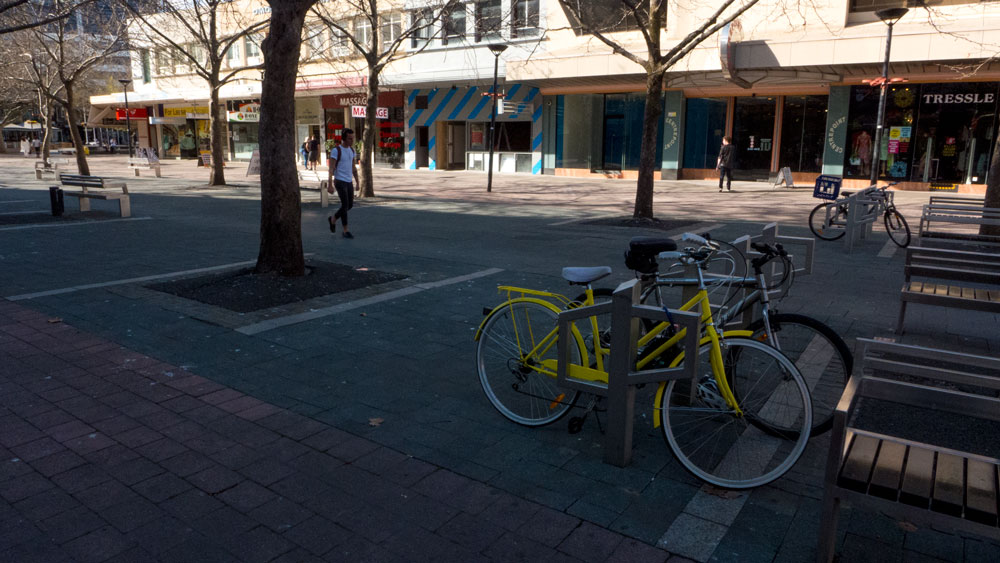 Sadly the laissez-fair attitude to decisions by our planners, others took advantage of the precinct for their own commercial purposes at the cost of the public good. The first extension to the Canberra Centre Mall closed off Petrie Street. Later came the much larger extension of Mall across the car parks to deliver the huge box we have today whereby most drive in, pay for parking in the Mall’s multi-level car parks, shop inside the box and then leave. Few travel outside the Mall.

On one level, commercially, it is a very successful mall. It seems to attract shoppers from all over into its air conditioned alleys.

As for the original plazas, this last extension was the end. And given the size of the mall it is very unlikely that much could be done using the present models.

The outside plazas have shops permanently up for lease, many cafés have gone, the areas may be used by lunch time workers to sit in the sun but during most other times it is quiet. And I mean quiet! It is usually deserted.

The government under the former Chief Minister, Jon Stanhope, implemented a great public art program and urban rejuvenations but these alone do not make for areas to attract people.

The centre of Canberra has suffered along with many centres in this and other countries whereby the stupid short termism thinking of Planning Authorities has allowed these mall boxes to suck the life out of once vibrant surrounding open spaces.

Like it or not, the time has come to think outside the square. Many will seek a return to the former glory. It just ain’t going to happen.

Emma Macdonald (What chance a revitalized Garema Place? Sept 14) provided a touch of nostalgia that Civic may return to its former people friendly environment. Megan Doherty (Fears for Civic as big tenant mulls move, Sept 14) pointed to the current efforts by Canberra CBD Ltd to do something realistic.

I suspect their plans remains to somehow re-develop Civic to be again just one of the commercial centres alongside others such as Belconnen and Woden.

Time to move on folks!  We could bulldoze the big box, but that won’t happen (correct me if I am wrong).

It’s time to drop all hope of rectifying the planners’ mistake and stupidity whereby they allowed that mall to dominate inappropriately.

Meanwhile on the other side of the mall there is some very interesting re-development being undertaken to what was the semi industrial section for the centre of Canberra. What David Dawes and his Development Directorate crew are delivering in Braddon, north of that mall, is looking promising. Looks good so far. A very interesting mix of retail and residential. Hope that they do not build out all the semi trades such as car repairs and hardware. All these and more need to be easily accessed by all the new local residents.

Life outside the box is possible.

Let’s accept that the box remains and think laterally about the surrounding areas. It could even mean a complete demolition of many of the present buildings and possibly a re-alignment of some of the streets to introduce some green spaces.

It would be necessary to slow down dispersing development around the areas close to Civic. This new planning strategy will require a new concentration on intensification in the present Civic areas.

The big decision required is to declare all of Civic a special intense development zone with a mix of residential and commercial styles driven by a broad set of aesthetic and environmental guidelines. This type of zoning is to be different to anything already available. This is to be a special stand alone set of zoning requirements to deliver a new creative concept for intensification for the centre of Canberra.

The surprise in this thinking is that it returns us to the original Burley Griffin concept of intensive development for inner Canberra.

We need a mix of four to seven stories with a variety of styles of apartments and business opportunities. What height goes where would depend on the position in relation to solar access. But that’s a design issue that could be worked through and creative solutions sought. 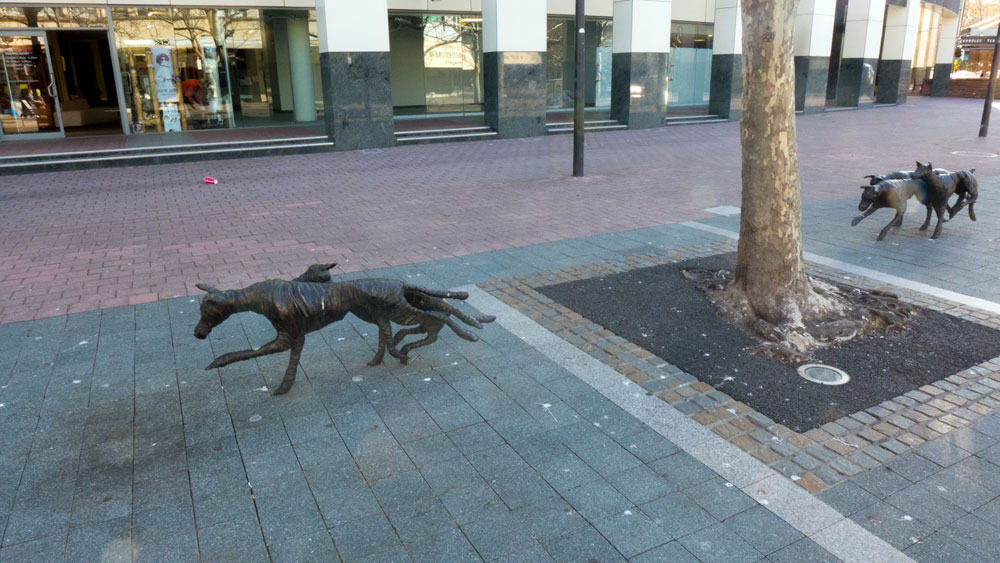 Forget Civic as we remember it. Thanks to that box, it is now history. Lovely as it was.

It is time for well designed intense development with streets of apartments that offer the full range of housing, being large and small and for the full range of our society, the young, the aging, and those requiring social housing. All that complimented with large and small commercial opportunities, and all mixed together with new green open spaces in between, and what should follow would be outdoor cafés and a variety of restaurants.

Think Paris streets, small shops and large, apartments above and between, village greens and think solar, think healthy housing for all ages, and link all that to radical climate change adaptation measures and we could have at last a new 21st Century model for intense city living.

Link the Civic precinct to the lake and we would have a very desirable place to live, to enjoy, to do business, to walk to work, and to bring up families.

The whole precinct surrounding the mall, including the new developments within Braddon right through to the lake would attract world attention; and tourists.

When can I move in?