Review: Art in the front yard

Take a quiet little street in Downer. Local artist Stephen Harrison is a resident. Stephen asks the neighbours if he can take over the street and their front yards for the weekend. They say yes. Stephen then brings in the work of  about three dozen artists. And so a fun weekend arrived……

There are constant debates on the role of public art, art in the public place and art in the landscape. Till recently Canberra had a Chief Minister, Jon Stanhope, who encouraged artists though a program of support for public art. It was a great program. Apparently it was cancelled because of the political pressure from particular groups within the community who raged in every way about it being a waste of money. And these people are intelligent enough to vote? We need such a program again. It is on my advocacy list.

This initiative of Stephen’ Harrison was a new direction. In fact I do not think I had heard of the concept of Art in the Street – or Art in Everyone’s Front Yard.

Well done all the artists. It was a great exhibition and there were some wonderful pieces. All the best Stephen. 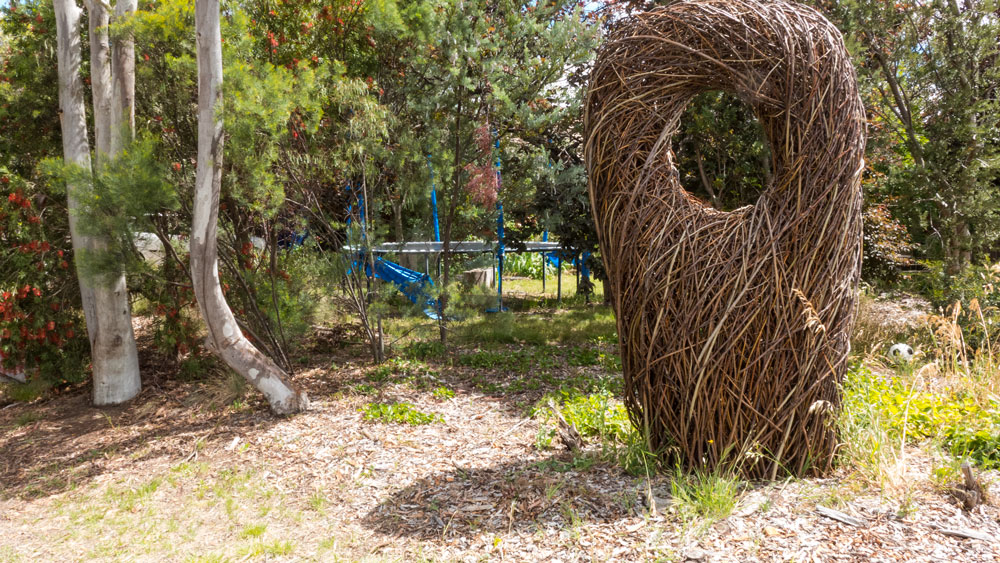 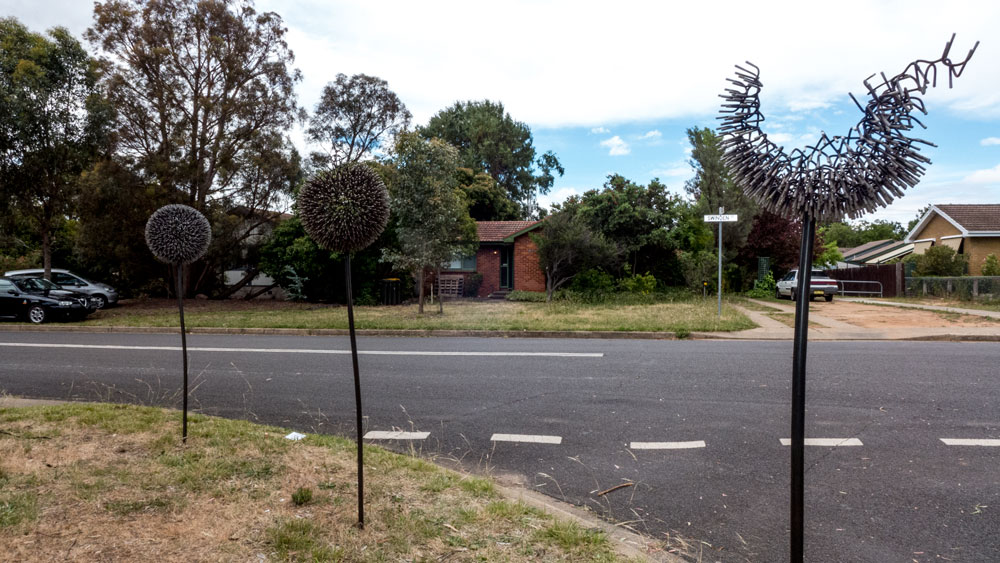 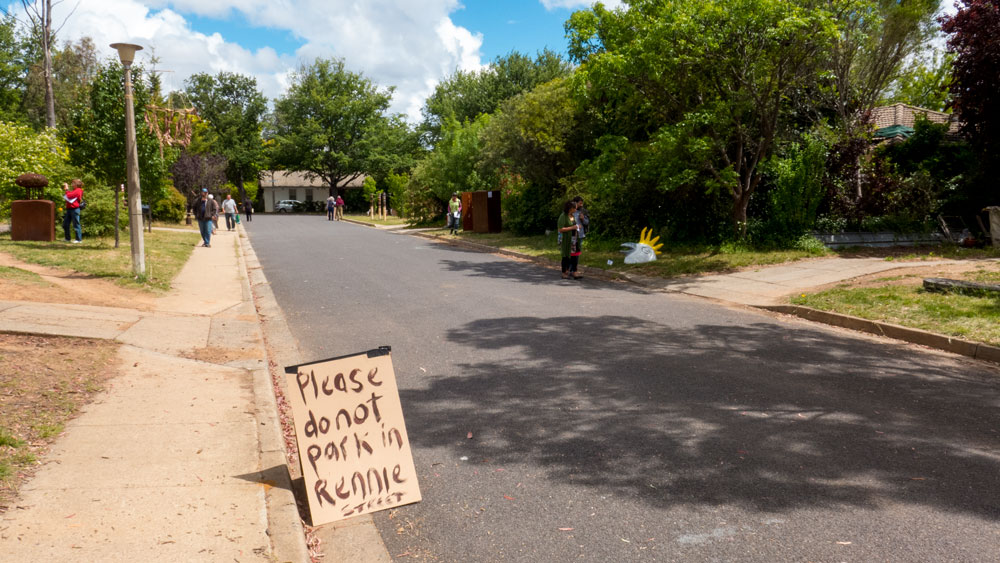 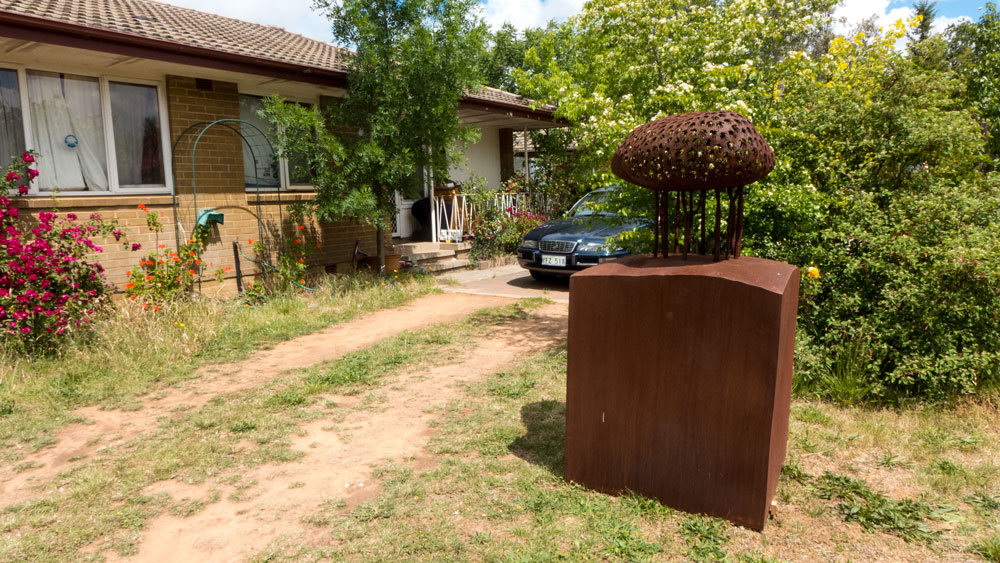 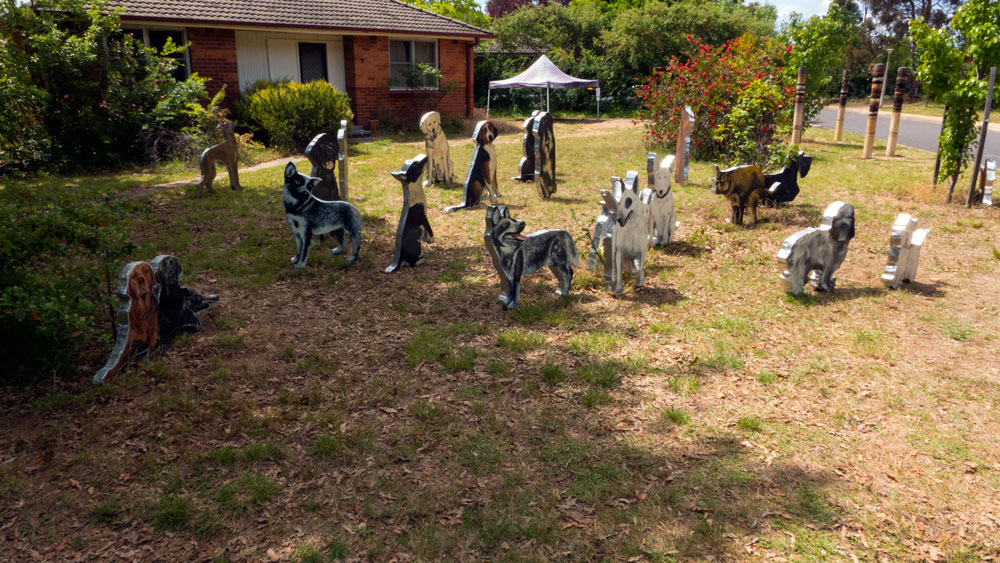 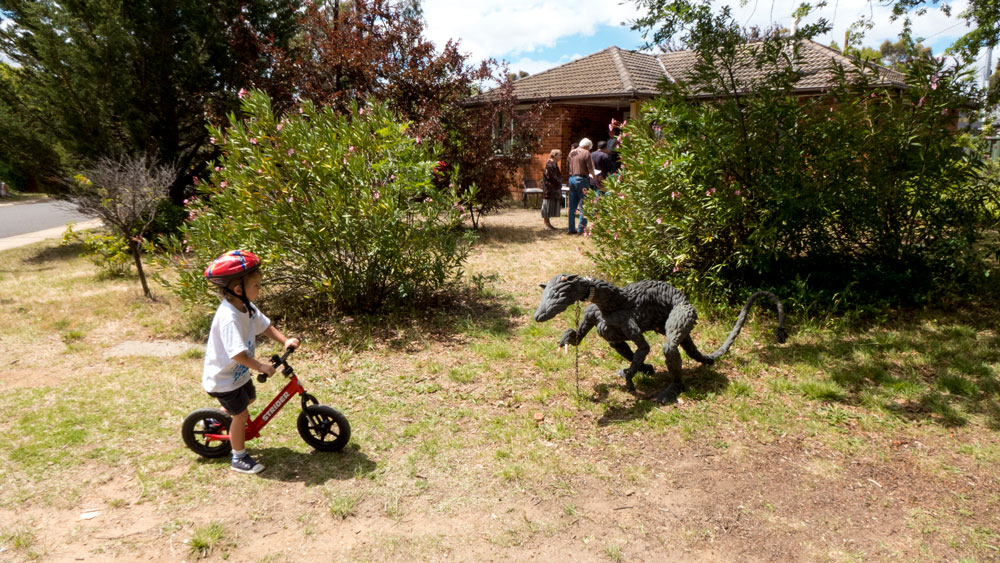 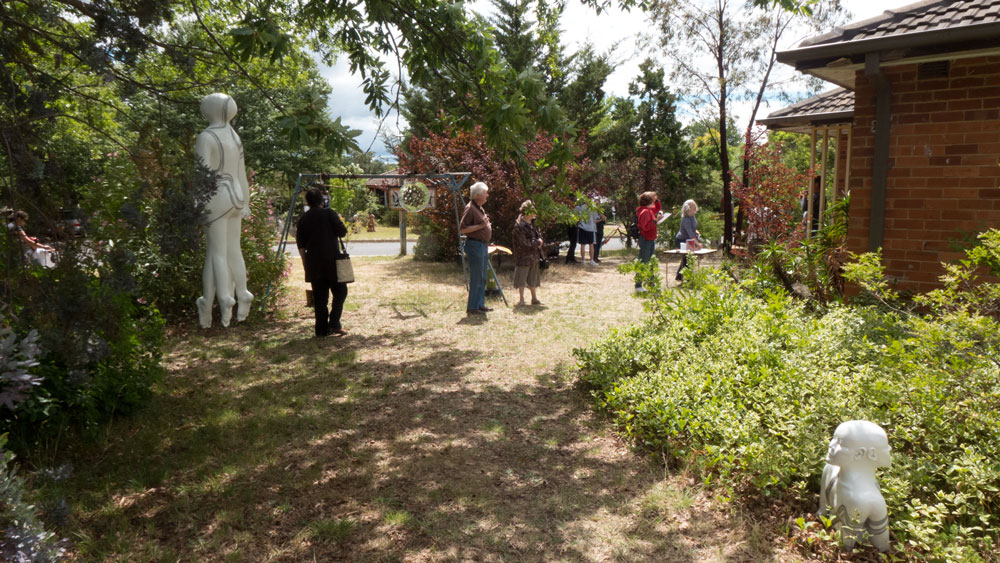 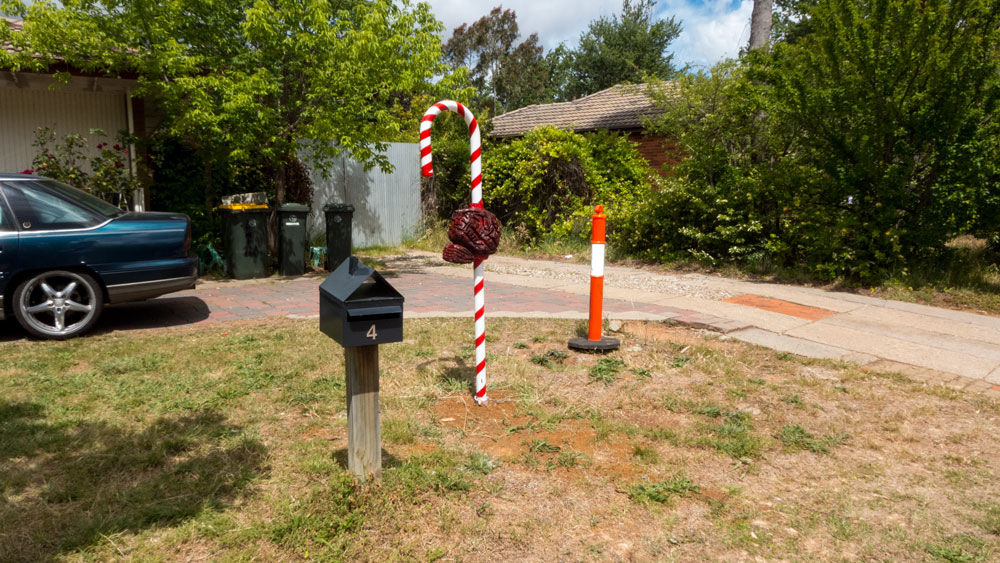 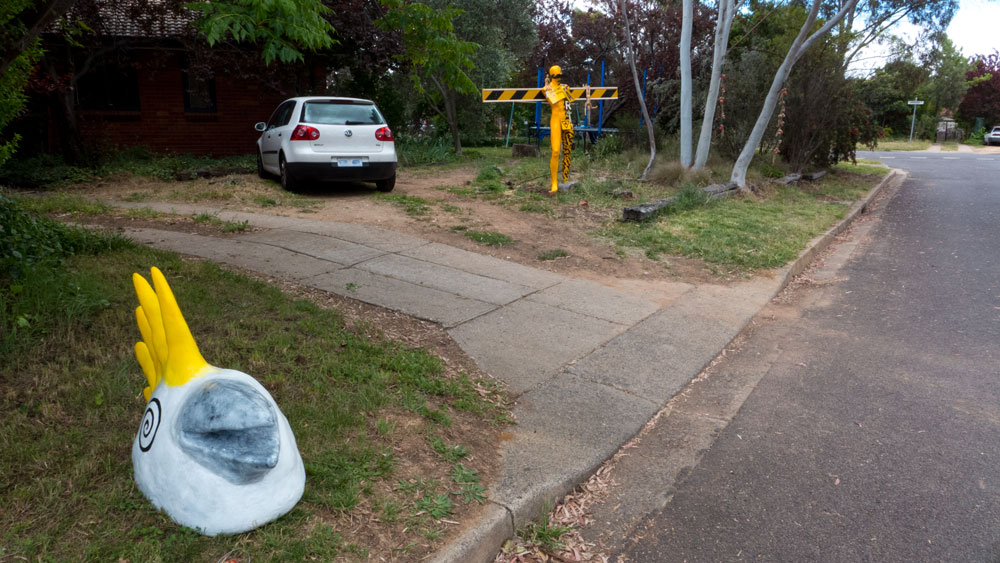 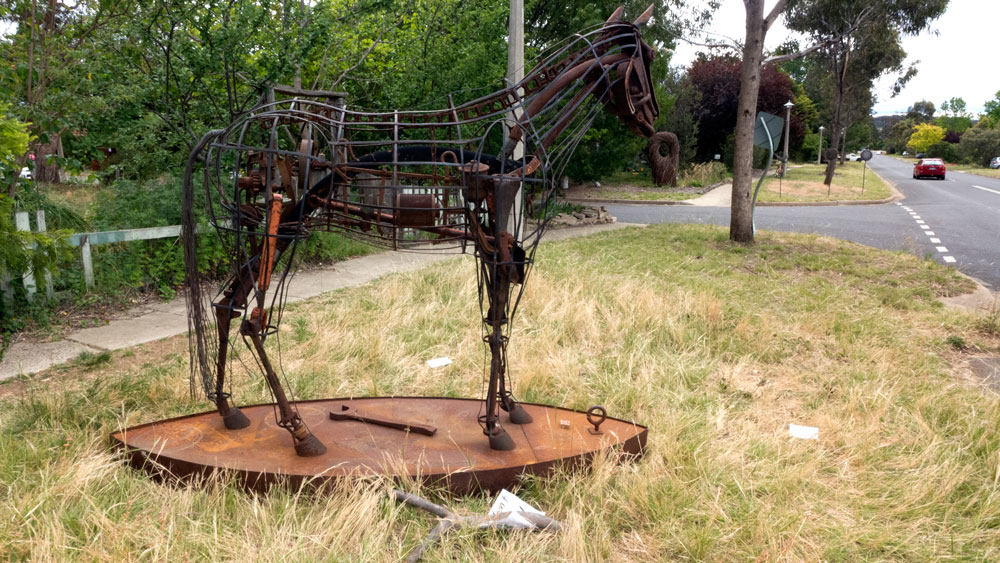 and one last message!

for our current government maybe! 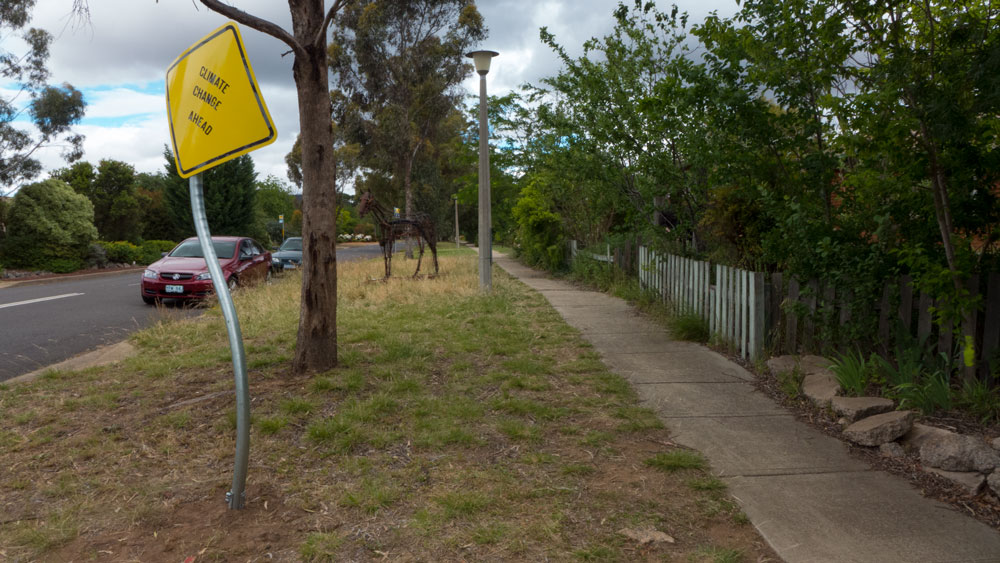