Development to alter the Yarralumla ambience 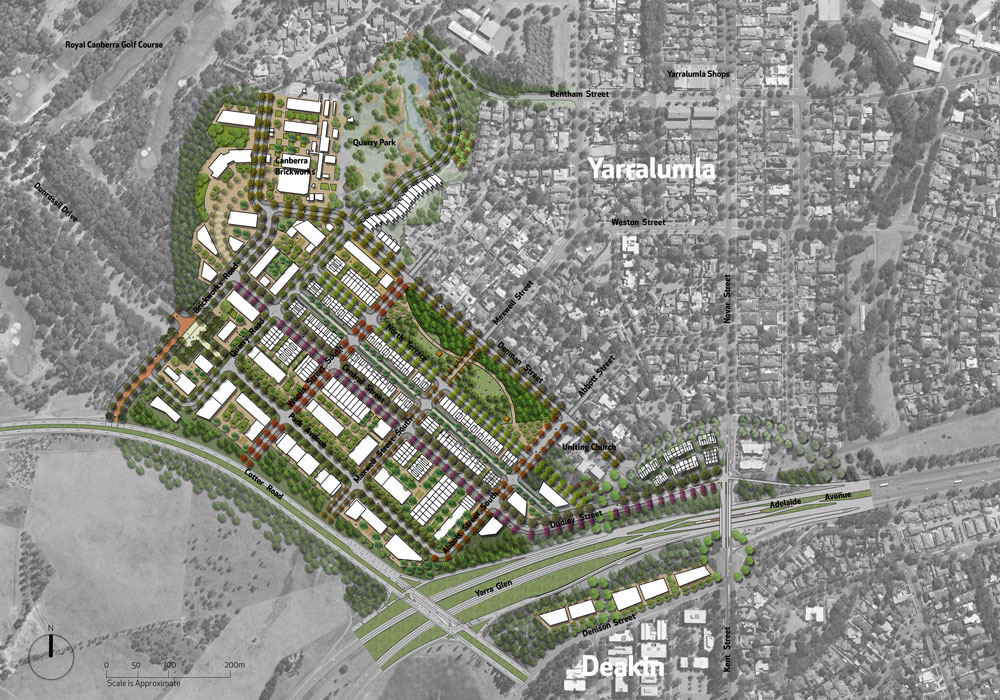 The following is a slightly longer version of a post I uploaded to RiotACT. This post concentrated on the new development sites which will replace much of the greenery around the southern edge of this part of Yarralumla. I have left comments about the redevelopment of the former brickwork’s sit for another time.

Yarralumla, originally titled Westlake by Walter Griffin, was once a ‘workers’ suburb that was largely out of sight and out of mind. Then came the lake and it has since become a very desirable lakeside suburb. The majority of residences have lush gardens with ample space for bushes and shade trees.

Sadly many recent houses are much bigger than the originals and have diminished the greenery and tree cover. In amongst all of this, the very attractive ambience of Yarralumla has been maintained with many wide streets, generous green verges and an abundance of trees and parklands. 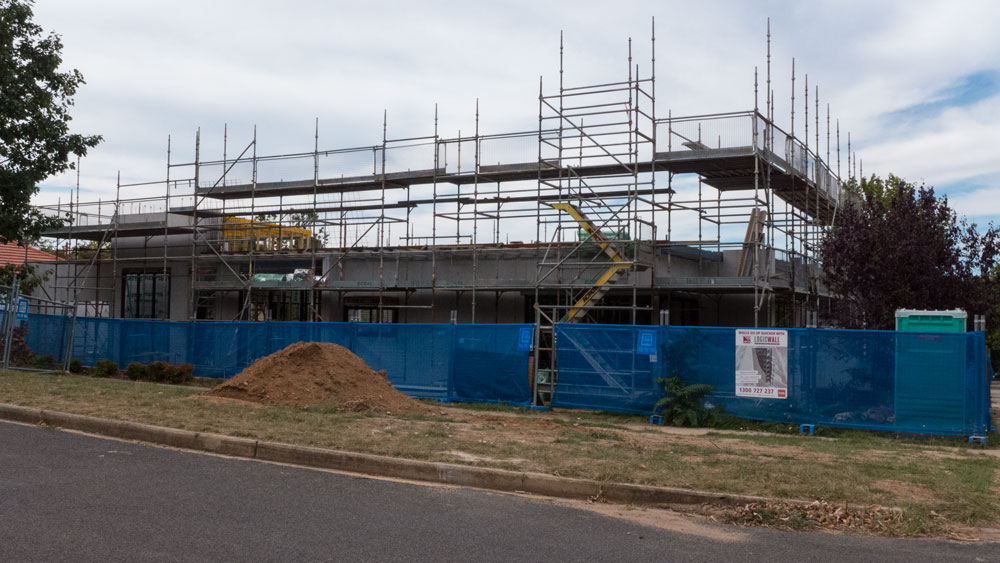 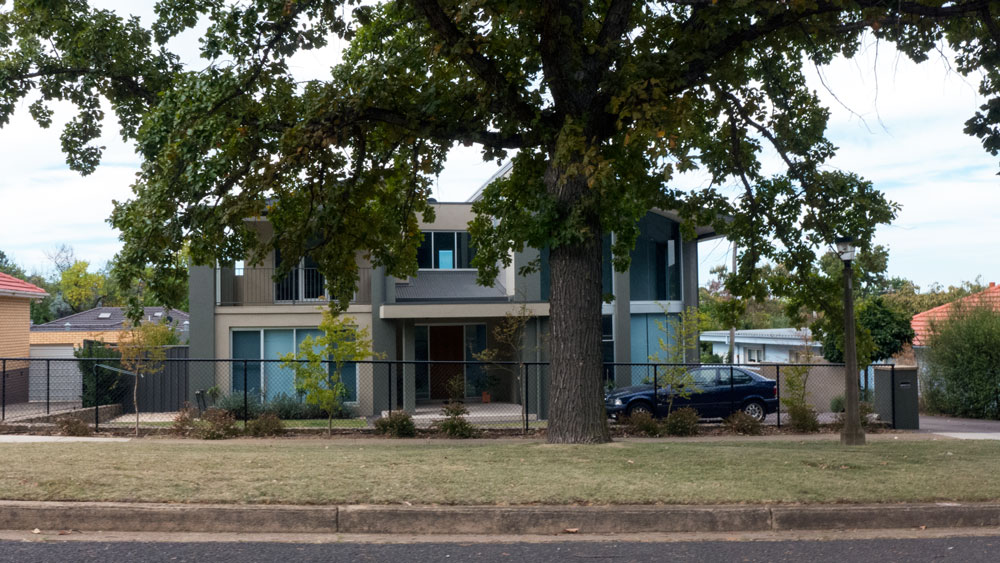 In 2005 the ACTPLA Yarralumla Neighbourhood Plan (A sustainable future for Yarralumla) there is this statement: “The Government has made the commitment to the Yarralumla community that any additional housing in the precinct would be limited to approximately 25 dwellings”.

How things have changed. The new 2015 development proposals for the precinct around the Brickworks, if implemented, would eventually deliver 1800 new dwellings.

The main site in question is presently a tree-lined ridge that serves as a wind break and is a visually pleasing edge to the suburb. The trees are often visited by flocks of yellow-tailed black cockatoos, the ground cover includes several batches of native bluebells (the floral emblem for Canberra) but alas, I have not spotted any endangered weird frog species that may delay developments. 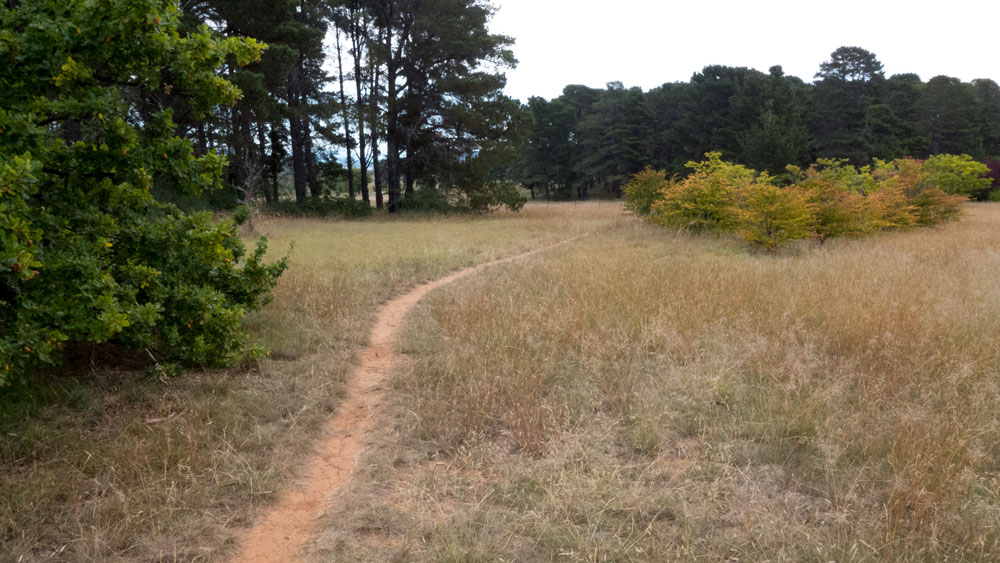 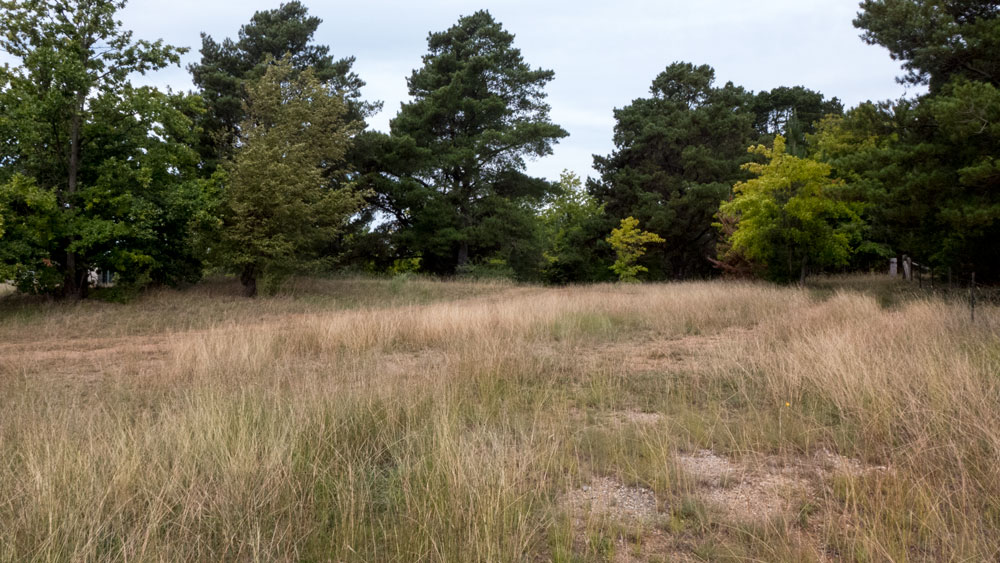 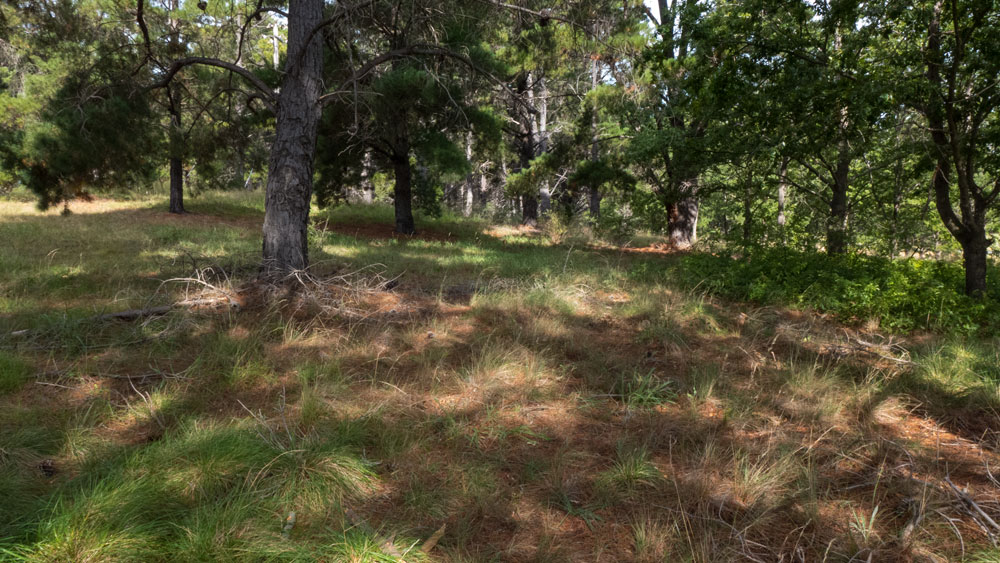 The government has done a praiseworthy job of uploading useful planning documents for comment. This is a conceptual stage designed to get the community to sign off on broad statements of intent. I recommend that time and energy should not be concentrated on the details of these master plans. Experience has shown that these will be ignored later, as they are not linked to actual legislation.

Far more attention needs to be given to the legislative planning requirements that ACTPLA employs to allow the developers to maximize their investment. Developers will push the requirements to their limits and ACTPLA has a history of bending restrictions to ensure developments proceed. Given the history of recent major developments, the ACTPLA requirements will most likely deliver bland-box badly designed buildings and nothing to match Yarralumla’s character and ambience.

Several desirable elements are promoted heavily in the present marketing. These are the standard minimal assets as supplied by any local government. They include parklands, footpaths, water retention for street trees, cycle paths and nearness to bus stops. What are not mentioned are the requirements for a real tree canopy, being impossible given the density of the buildings, and requirements for solar power, climate adaptation measures, and rain water re-use.

The ACTPLA requirements for parking remain out of sync with the realities of the number of people end up occupying such estates. It is guaranteed that many residents will need to park on the streets and on the verges as they continue to do in the inner suburbs where apartments have been introduced. The street trees will be the first casualties.

The present Land Development Agency concepts are akin to being a Trojan Horse. Once accepted by the community, the land will be sold and developers will then appear with development applications that meet the inadequate ACTPLA requirements. Developers will be sanctioned to plonk on this significant site structures that are below acceptable urban standards for the second decade of the 21st Century.

I predict that this estate will end up like many you see around country towns. The buildings will be bland in style, will be subject to heat island effects and bear no resemblance to the well established nearby residences.

The Chief Minister is the Minister for Urban Renewal. Unfortunately to date he has shown little interest in aesthetics, in enhancing the green infrastructure, in addressing climate change through urban developments and has tended to regard residents, who generally do not oppose change but desperately wish for better, as NIMBYS.

The challenge now is to change the ACT’s planning legislation to require developments to incorporate climate adaptation measures (no green wash please!). This would require that the landscape (the planet) is to be considered first and that buildings are designed to be aesthetically attractive and to enhance the green infrastructure, not to diminish it.

It is not too late. We can do better.

I had reason last week to run my practised eye over the Land Development Agency’s Canberra Brickworks and Environs Strategy. It didn’t take  long to conclude that, from a town planning, urban design and social and environmental standpoint, it is a “monstrosity” of a scheme. It is a throwback to the kind of subdivision layouts that cheap developers favoured prior to the introduction of statutory zoning in the mid-20th century, commonly known as “slicing and dicing” within an encompassing gridiron pattern of principal streets, the aim of which was to produce as many narrow-fronted allotments and dwelling units as possible in order to minimise development costs and maximise profits.

This latest strategic plan  bears no resemblance to any aspect of existing Yarralumla  and the accompanying consultant reports have been interpreted in such a way as to justify its inept layout, rather than aiming to produce a built environment that is reflective to some degree of what already exists.

The residents of Yarralumla had better take notice of this proposed development, as it will progressively have seriously adverse impacts on your quality of life. The National Capital Authority, for its part, should arise from its 20-year slumber and do something, not only about the transmogrification from Dunrossil Drive into so-called Park Street, but also the visual and functional alienation of what is part of the “hills and valley” system that is a major aspect of the National Capital Plan.