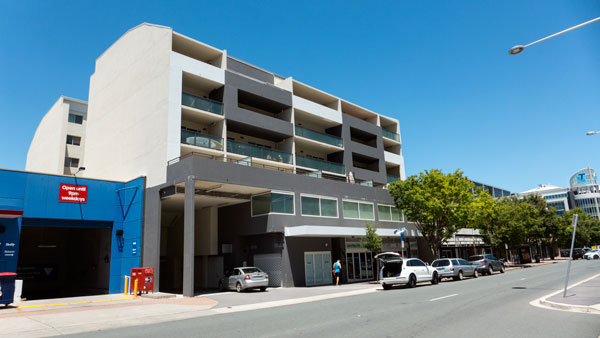 As I watched the horrifying footage of the London Grenfell Tower fire, I remarked that this is what could have happened in Docklands, Melbourne, in 2014.

When the Docklands fire happened, people quickly worked out that it was the cladding on the outside that allowed the fire to zoom up the side of the building.

People were horrified. It was a logical next step that this would be taken as a warning and that all governments would examine whether such materials were being used on other buildings.

We heard very little about the follow-ups. I definitely have no recall of anything from the ACT Government.

Then came the mid June catastrophic fire in London. It was reported that the building had been clad recently and that inspections had passed the work. It has been alleged that the cladding materials were not those as specified.

The allegation (yet to be tested) is that someone swapped the materials for illegal imports – and that these were very combustible.

In Melbourne people remembered the Docklands fire. A local fire chief explained how the fire was a near miss and that he would not allow any of his children to live in such a dangerous building.

The messages were the same right around the world. Many such disasters could be waiting to happen as too many governments had done away with so-called ‘red tape’ and reduced many requirements around developments.

Many of these so called ‘red tape’ requirements had been put in place to provide some safety for the occupants of such buildings.

Even more of a worry is the common knowledge that while the legislation may be sufficient, there has been a loosening of the processes by which building are being inspected and approved.

It was with interest that I observed the reactions from the ACT Government and the local building industry. The first statements were along the line that there was adequate legislation in place in Canberra and that all was good – that Canberra building standards require a high level of safety

We wish we could have more confidence in the statements by the Minister and the building industry spokespersons.

The trouble being that similar statements would have covered the local council in charge of the borough in London. It was not about whether there was sufficient standards in place – it is suggested that this fire was more about how such standards were implemented and checked.

It would be a good time to check your apartment block or any recent building you occupy for work and see what materials were used in its construction.

However there is more to be concerned about.

A friend who knows about fires sent me a video to watch. This video is a wake up call to all of us who do not think about the furnishing materials we place inside our houses and offices.

Do you know how safe your household furniture would be if a fire were to start?

Here’s the video – observe the comparison of how different room furnishings (natural vs synthetic) react to fire.

It seems between the monitoring of legislation on building approvals and the make-up of the materials we put in our homes, that we have become very complacent about our own safety.