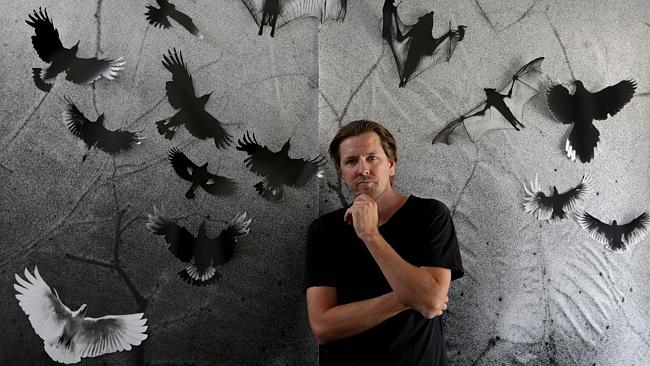 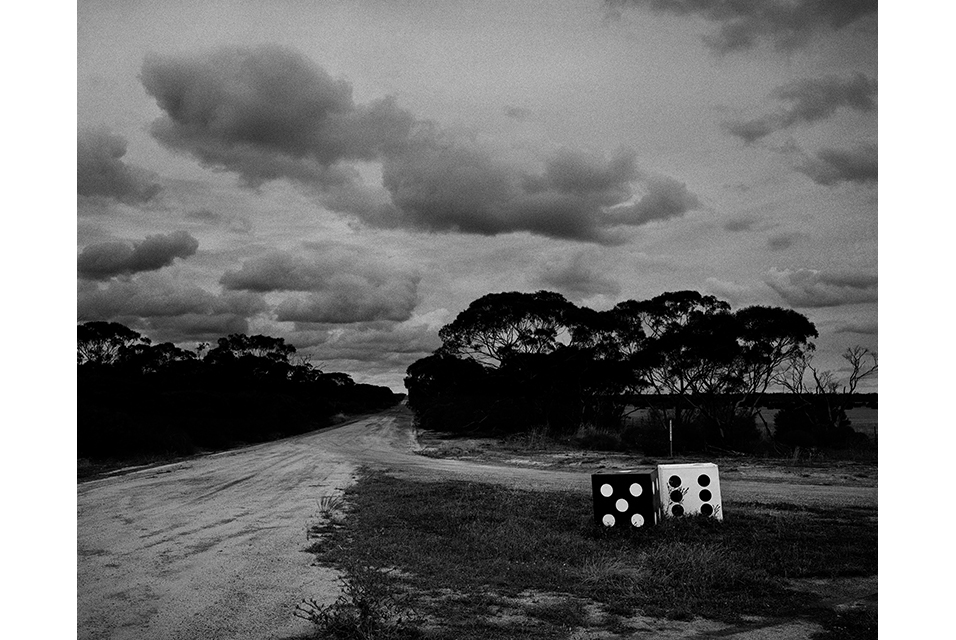 The exhibition opened Friday 13 March 2015 and runs till 10 May at the Art Gallery of South Australia. This exhibition was much-anticipated given some well-managed marketing of the event well in advance of the opening date. In fact I think I had been hearing about the exhibition for at least a year.

The following has been written as someone who likes photography, has liked some of Trent Parke’s work in the past (but not all), and would like to be tempted to spend the money to go to Adelaide to see this well publicised exhibition.

so here are my thoughts from afar – written many miles away from Adelaide:

Trent Parke has developed quite a successful reputation as a contemporary photographer. So— given the pre-exhibition marketing, the concept of a special travel plan was a serious thought. However as the date got closer, it was not possible to really get a handle on what would be in the exhibition.

The Art Gallery of South Australia website has information on the concept but was not clear on what the audience should expect to see. It seemed it was an installation. There was a video which portrays an enthusiastic Trent Parke expressing his concepts on his work and the gallery director attempting to talk up the exhibition.

The state gallery had invested seriously in this exhibition. The main contemporary exhibition space had been given over to it. So surely this would indicate that this was to be significant event. There was quite a buzz amongst photography people. This exhibition would be important to see. Surely!

The strange thing is that it is now more than a week since the exhibition opened and there is a silence floating over from Adelaide to the east coast of Australia.

Normally by now I would be seeing online reviews for such a significant event. But all I have found so far are the pre-event pieces written by people who had spoken to the photographer or who had consumed the media releases and had written their contributions based on what they had been told but not on what they had seen.

I have read the online information again to see if I can find anything to make me more enthusiastic about getting on that plane. There seems to be a concentration on the personal issues that the photographer is working through. I get the sense that he has concentrated on using words and images to tell stories about how his life, about himself.

Hmm, I now thinking that this successful photographer has repeated the former exhibition, Minutes to Midnight, by stepping outside the world of being a photographer into the world of contemporary installation visual arts on the theme of an ongoing personal discovery.

If so that would mean that he is again jumping mediums and is now liable to be judged against the whole history and practice of so many visual artists in this field of contemporary art installation whereby photography is just one more tool.

I have searched out as many photographs that have been released from this body of work, and so far I have not seen any that would I would say are the works of a significant photographic artist. What seems to be happening is that the images are part of an installation and not necessarily meant to be stand alone photographs. Of course, I am yet to see the installation. And still there is nothing to make me get on that plane.

The silence of the press after the event remains curious. Are people not willing to put any critical debate into the public space. Who are they afraid to upset? The photographer? Or is this a case whereby the state gallery is so central to the visual arts within Adelaide that one does not offer criticisms of such a significant investment?

One wonders. But so far, I have not been moved to travel. I hope soon to see some informed writings about the exhibition. Meanwhile the silence continues.

An update 72 hours after the comments above

I have found two links from the same source. Both are written by people who seem a little smitten by Trent Parke and who have reveled in the stated spiritual search for self as talked about by Trent in the exhibition marketing.

The exhibition seems to be about story telling, about someone’s personal discovery and less about photography. Hmm!

There are two by these cupcake pair – one here – and – another here.

The images of the exhibition layout in a couple of these pictures by the pair have the aura of some form of journey through an installation. I am hoping that this is not so.

I also noted that neither of the cupcake writers have provided images of a room with the actual photographs on display except for some special postcards that were made. Looking at the image with the wall of small coloured cards crammed into the space, it seems that the work has not been subject to much editing – this is reminiscent of a former exhibition.

If the B/W photographs that have been shown in the cupcake selections as well in other website releases are indicative of the actual photographic selections on exhibition, then I have some doubts. These look like the work of a good professional photographer who has used manipulation to exaggerate elements and subject matter. As stand alone photographs these are of some passing interest but as yet not enough to make me travel to see the show.

Of course when seen in the context of the whole installation, maybe the photographs are more engaging. There remains no serious review of the exhibition by a reviewer who has seen the show and is talking about the work not the marketing story put out by the gallery.

So for the moment, it is looking as though I am not going to be tempted to spend the cash to fly to Adelaide. I guess I will not be on the gallery’s Christmas card list this year.