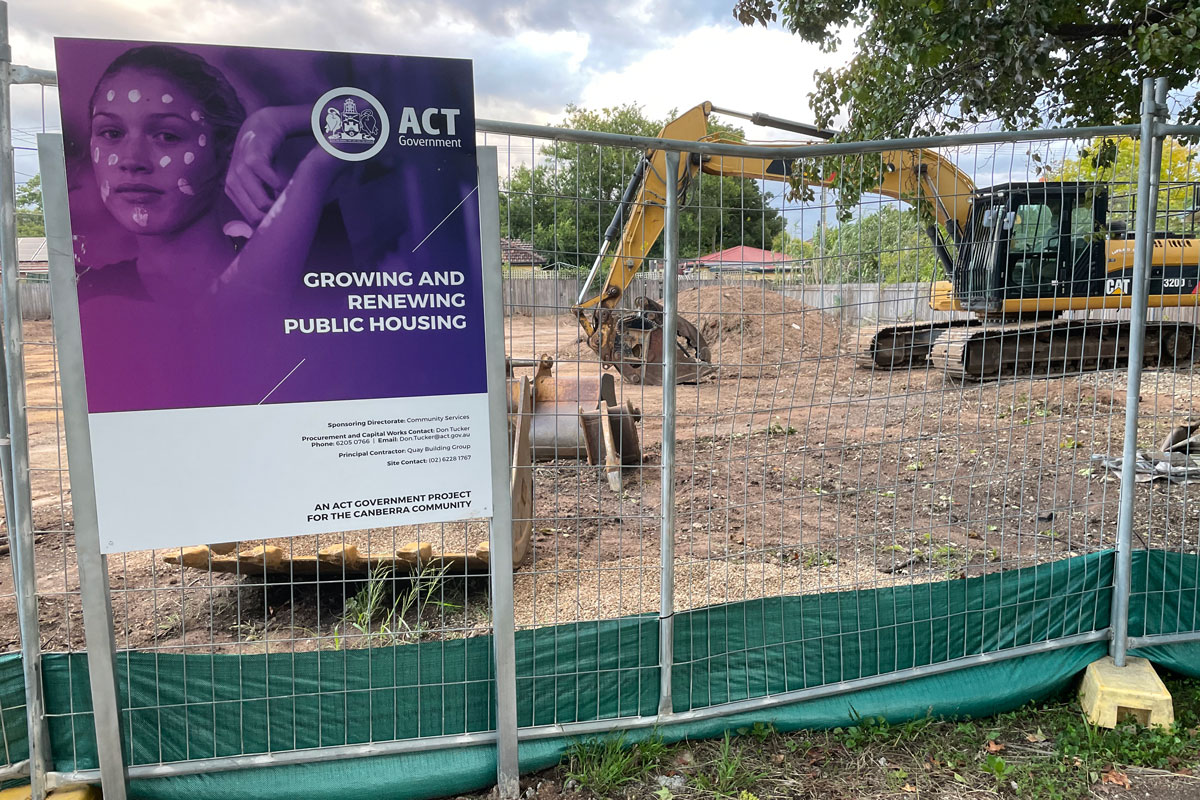 As a consequence of the Greenslabor Ministers Vassarotti and Berry’s cruel eviction program, attention turned to their social housing programs. People have asked questions of these ministers.

The two ministers occasionally provide carefully crafted deflecting responses that do not answers the questions raised but do say a lot about their values. The statements do not present a good picture of ministers who should be caring for the disadvantaged in this city.

They have redefined what it means to be progressive.

Because of the consistency of their misinformation, people have reluctantly become cynical about their motives and values. Greenslabor politicians do not score well on the trust index.

Dedicated community members have taken on the unenviable task of looking through government documentation to obtain a more accurate picture about social housing.

They report that the ACT Government is doing a wonderful job of making this task difficult. The reality of how social housing programs are performing is difficult to uncover. There is no positive news about how the programs are being managed.

Khalid Ahmed, a specialist on government finances and governance, presented some disturbing figures on the realities of ACT Housing to the July meeting of the Inner South Canberra Community Council.

For instance, this government had announced over the budget periods 2016–2018 a spend of $699 million on its Public Housing Renewal Programs. The Greenslabor politicians often boasted about these generous and progressive allocations.

The reality is something else. Khalid pointed out that what was actually spent over that period was $80.871 million.

That’s a little more than 11.5% of what was announced. We wait to hear how Ministers Vassarotti or Berry explain this enormous underspend on social housing. So much for those media announcements!

As has been pointed by those involved with the evictions of Housing ACT’s older tenants, this undeclared underspend is the real reason why the two ministers are having Housing ACT move the elderly out of their homes.

Housing ACT desperately needs to sell inner city properties to make up for some of the huge shortfalls in funds allocated but not delivered.

As has been calculated, the result of these sales and whatever rebuilds happen, will be about a net zero increase in Housing ACT dwellings. How have they measured the distress on the elderly residents? Please remember they are people – not just numbers.

Report after report has clearly identified the drop in social housing in Canberra. ACT Council of Social Service stated in a 2022 submission that the ACT had a shortfall of more than 3000 social dwellings and more than 2000 Canberrans experiencing homelessness last year.

Think on that – and these Greenslabor politicians call themselves progressives.

The ACT Government made a lot of noise and gathered compliant media responses when it launched its 2018 Housing Strategy. Unfortunately for prospective tenants there are now fewer social dwellings than there were in 2018.

The ACT Government has a target of 15% of social housing within new multi-unit developments.

A lot of land is being sold on to developers who then make a killing with new upmarket multi-unit developments (just forget affordable housing).

The government reaction to such hard evidence is to waffle with some distortion of figures and alternative facts. The ACT Greens, under the banner ‘Homes for All’, gained votes in 2020 in the hope that the ACT government would be progressive. Not happening.

On social housing they are successful at Building A Better Farce.