the need to make money leads to development 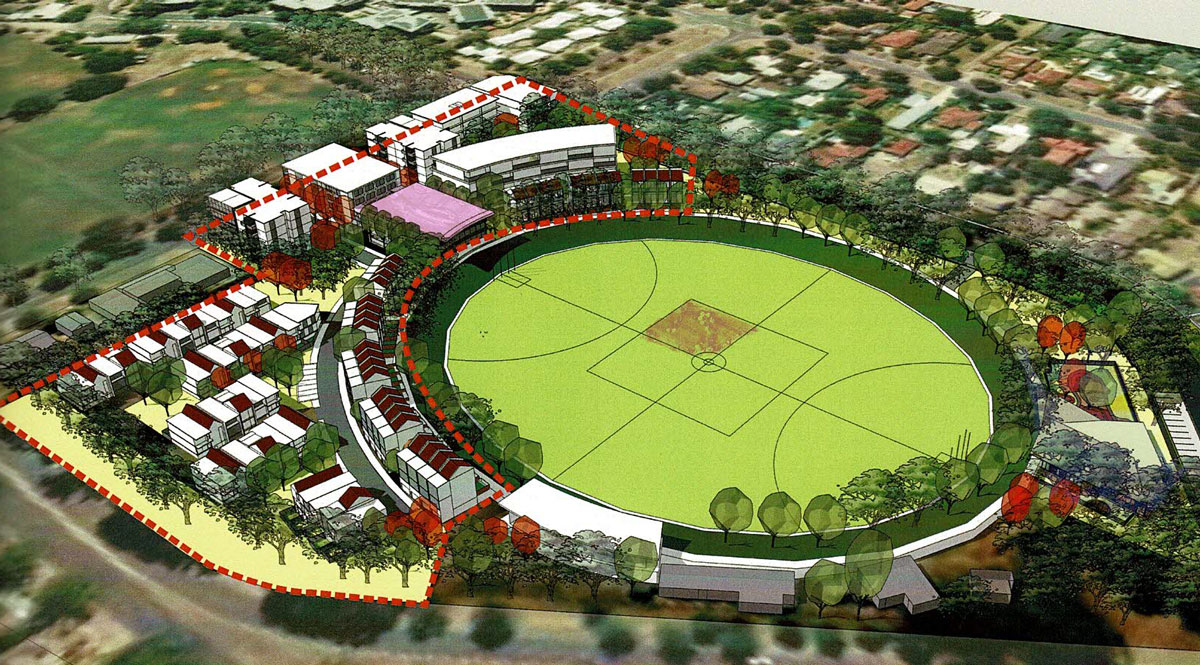 There are three major development issues within Canberra’s inner north that are going to make things interesting in 2022.

These are not the only major ones in play, but these have something in common. They happen to be sporting clubs looking to make some desperate cash through apartment developments.

They are the Canberra Racing Club, Yowani Golf Club and, more recently, they have been joined by the Ainslie Football Club. It is all about having land on their sites that could be rezoned and then sold for blocks of apartments.

According to the spin, these developments will provide the inner north with more choices in housing, to provide for retirement in place, and to infill rather than grow Canberra by expanding into greenfield areas.

The justifications and the consultation processes are based on several other successful ventures by other sporting clubs. But let’s get real – it is about clubs that can no longer afford to operate without selling off their spare hectares.

The development and planning team that assisted the Canberra District Rugby League Football’s Braddon Club’s massive development are preparing the way for the Ainslie Football Club.

The Ainslie Club is ticking the prescribed boxes and making the required noises, as set out by the Planning Directorate.

The usual political connections and bureaucratic networking will most likely override any serious concerns that may be raised by resident groups in 2022.

The planning and development issues are not easy to follow. It would take several pages of “CityNews” to explain clearly the history of this site, to detail the different planning zones, what is really going on behind the scenes, who is going to benefit and what hands are being shaken to get this done.

Attendance at North Canberra Community Council meetings, or at least joining to get their newsletters, will assist anyone trying to get their heads around this stuff as it unfolds during 2022 and 2023.

Based on the outcomes of the Braddon Club development, the likely outcomes for the Ainslie site will be that where there is now an open space with buildings, car parking and the oval, that will become crammed to the north with apartments and the area will no longer be open to the public.

It will be most likely, as with the Braddon Club, that the main part of the site will be surrounded by an imposing barbed-wire fence to keep the pesky public from enjoying what once they had easy access to.

Worse still, the new clubhouse may end up looking like the massive military bunker that now dominates the eastern side of lower Torrens Street.

The first step for the Ainslie Football Club will be to get the ACT government to vary the lease for the land. At present the chunk of the site under consideration is zoned for recreation and sport facilities (a short description).

Obviously, that will have to be altered by the government to be some form of compact residential zone for the club to proceed with the proposed housing developments.

Then there is the poker-machine argument. One justification is that this development will allow the club to rely on property investments rather than the income from poker machines.

Of course, fewer poker machines are a good thing. However, the question already being asked, with no answer yet to materialise, is there other investment opportunities that the club could be exploring?

Taking away an open space and delivering less greenery and biodiversity should not be an option that this ACT Labor/Greens government should be condoning given its rhetoric on trees, urban forests and climate change.

As with the Yowani Club proposals and the Racing Club site (which should be elsewhere and the site handed back for park development alongside medium-density housing), inner-north residents have a lot to consider in 2022.

Let’s hope some of the local politicians lead an informed debate on these development issues rather than sitting on the fence yet again and letting the residents do the work and take the heat.