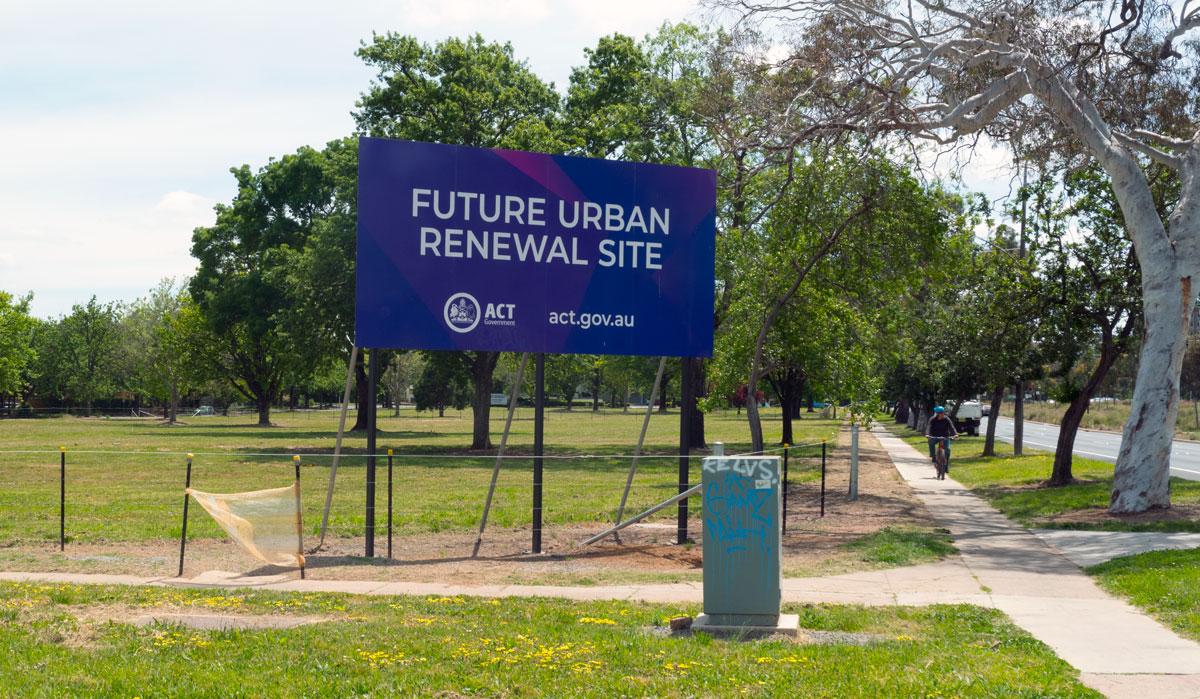 That is, it worked for the residents as they witnessed the realities of ACT politicians being constrained in how they respond to issues – or in some cases, change the subject. As for the politicians involved, it is hard to judge how seriously they take their own spin and worthy words.

The chair had set out a series of contentious issues affecting the lives of residents. He introduced these using prepared images and asked the politicians to respond. The meeting was very focused on things that mattered to residents rather than having to endure self-promotion by politicians.

Special guests were ACT Opposition Leader Elizabeth Lee and Tim Hollo, ACT Greens candidate for the seat of Canberra at the next federal election. Also in attendance was the ACT Liberal spokesperson on planning stuff, Peter Cain, and Rebecca Vassarotti, ACT Greens MLA and Minister for Heritage and the Environment.

As the meeting progressed Ms Vassarotti became the dominant voice of the responding politicians. This should have meant she had ample opportunities to show how she is dealing with (not talking about) the issues raised. Didn’t happen.

There is no doubt that Mr Hollo is enthusiastic about how people should be engaged more democratically in the workings of government. Unfortunately, the reality is he is a member of the ACT Greens who, for the last decade, have enabled the ACT government to treat residents with a lack of respect. The new normal has been a willingness to override their aspirations and good ideas. Mr Hollo may have to look beyond the worthy words and do something to have the ACT Greens connect more transparently and democratically with the city’s residents.

The key issues discussed were:

Ms Lee expressed sympathetic words and encouraged the NCCC to keep doing a good job. Not sure if she provided commitments to being any different if she was to form government.

Ms Vassarotti was proud that the Greens were committed to making 30 per cent canopy a reality. They have a plan! There was a lot of talk about having conversations.

Despite all the negative feedback, she still believes that the planning review will deliver solutions on the many complex and frustrating planning issues.

On affordable and social housing on Northbourne Avenue, she committed to looking at that and having more conversations. How long have the ACT Greens been in government?

Ms Vassarotti should reflect on the Queen’s statement that there has been too much talk and not enough action.

The NCCC is urging the government to stop picking fights with residents by using community and parklands sites for small numbers of social housing.

The NCCC discussed actions to have the government return to having something like 15 per cent of housing on Northbourne Avenue designated as social housing.

There is an urgent need for a strategic plan on social and affordable housing and for the government to act on this immediately.

Now there’s a conversation the ACT Labor/Greens coalition urgently needs to have with the developers before the next sale of land on Northbourne Avenue.