The lack of vision in planning

Sub Titled: let’s blame everyone but those who cause the problem!

Over the last year or so a local architect has been writing in the Canberra Times on issues around planning, development and design. Unfortunately his tone has changed somewhat. Or maybe it was always so, and we have only now witnessed the true nature of his advocacy.

The following is an expression of the frustrations and disappointments one has when professionals position themselves to speak on planning and development issues . The annoyance is that these people take public stances as if they are concerned for the future of our urban spaces. The reality eventually reveals itself that some of these professionals are in fact part of the problem. They have made the economic and political business decision to be aligned with the property industries and bureaucracies who are responsible for the damage being done to urban areas and the environment —and who just happen to control much of the business that such professionals wish to tap into.

The ACT planning authority and its supporters in the development and property lobby go to great pains to point out that development would be so much easier if it was not for pesky residents. According to the myths being fed into the media, it is the residents who have made the planning system so complicated and so difficult for developers to provide new housing and other developments. 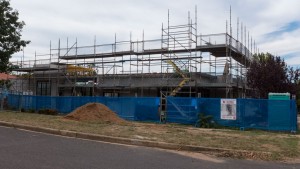 Of course all this denies the reality. The residents are actually very concerned about the rubbish that the ACTPLA keeps on approving. The residents remain concerned that ACTPLA has minimal requirements that address climate change, real sustainability, health, well-being and good design.

Residents are on the record as welcoming development when it is good development. Good design is a breath of fresh air in Canberra— we see so little of it. Most of the development being approved is of very questionable standards.

We would be happy for anyone to nominate this person. Because this person should be doing something constructive to redesign and completely revamp the planning system so that residents can be confident that the planning systems is transparent and innovative. The developers will always work to meet, if not push, the minimum requirements. 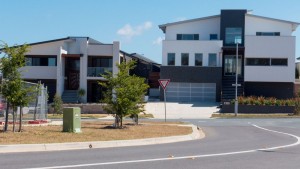 So if the ACT’s planning requirements were actually workable , then everyone would be able to get on with things. At the moment ACTPLA lacks any ability to put in place a realistic and functioning planning and development system. Such a change would require the political will to make such a drastic but overdue change.

The former Chief Minister, Jon Stanhope, had a serious go at changing the planning authority. There was a moment there when it looked as though it would change. However the inner planning bureaucracy did not budge. It worked on the new people from within.  The end result is that ACTPLA is dominated by the same culture that had previously ruined the ACTPLA so-called independent model. Nothing has changed. And I doubt whether the present Chief Minister has the capacity to even understand the issues.

Meanwhile other spokespersons and professionals , who should know better, have become very close to the planning system. You can see them listed as being on committees. They have become friends with the professional bureaucrats and now talk the talk of the planning authority. Jointly they can see only one problem.

Forget the fact that all the residents can do is to fight the occasional battle to stop the ad hoc bad decision by the planning authority. Most of ACTPLA’s terrible decisions go unchallenged because no group of residents or individual have the time or energy to match the full-time plodding and mischievous efforts of the planning bureaucrats.

So our local architectural spokesperson blames those nasty residents—called Nimbies —for all the problems with the planning and development system.

In fact it is people such as him that have been provided with opportunities to make positive influences. Sadly these so-called professionals are now too close to the planning bureaucrats, they attend functions together, they hand out awards to each others and they would not want to offend each other. It is an easier lifestyle choice to simply fall into line and become a spokesperson for the property and developer lobbyists.

Such people enjoy their annual building awards and that is must be good for business. Throwing mud at residents is good for your building and bureaucratic relationships.

But what upsets residents, is that these professionals actually have the hide to go public with statements about our urban environments as if they care for the health and well-being of anyone else outside their small closed world of the building and property lobbyists and the local planning bureaucracy!

They care for themselves. So lets not pretend when reading their articles that there is any more to them.

Now for that cup of tea on the verandah.