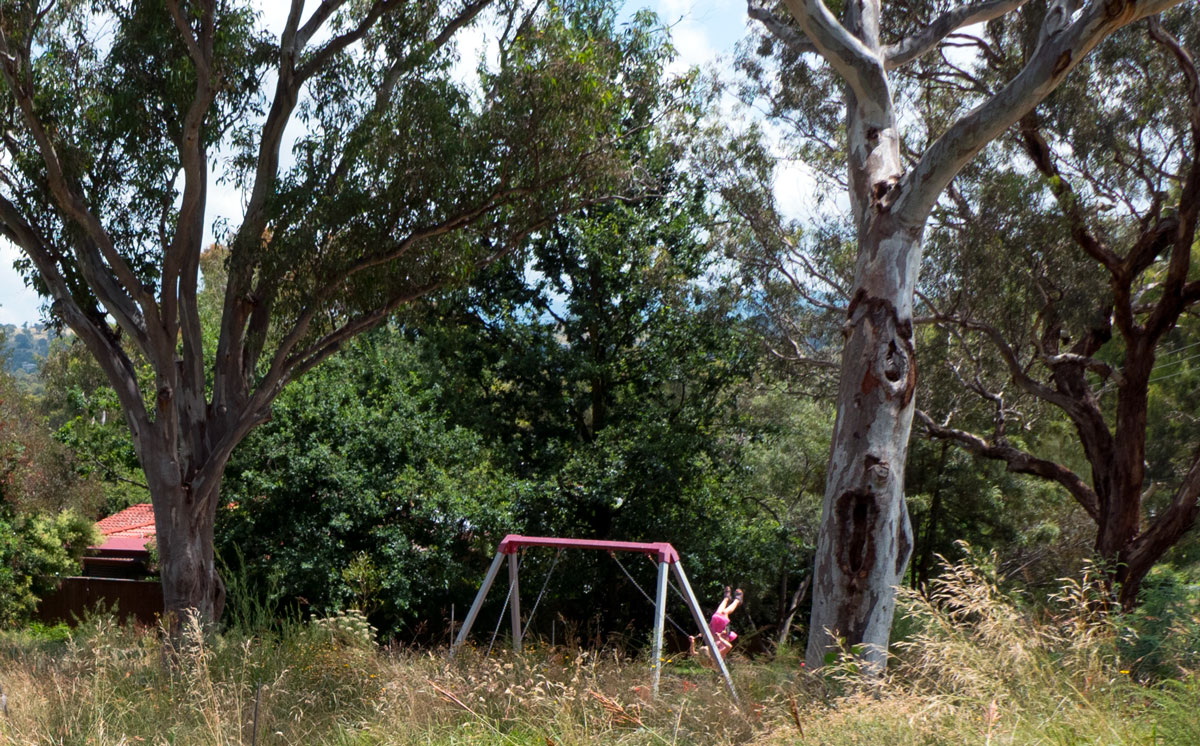 There used to be the sound of owls in the inner north of Canberra at night time. I didn’t really appreciate the beauty of their call until, one day, I realised it was no more.

iven that owls, such as the powerful owl, make their nest in the hollow of older trees, the evidence points to a lack of suitable trees. Did someone chop down some local significant trees?

The North Ainslie Primary School proudly displays its logo outside the school. It is a gang gang. Again, in earlier years these fabulous creatures would often be seen in this area. Not so much now. They also like hollows in older trees. How many local, older trees have been removed in the last decade or two?

A couple of years ago, a group of Weston residents took on the challenge of regeneration of their local park, Fowles Street Park. They converted large parts of this weed-infested and neglected area to being a native woodland meadow.

They researched the older trees to discover that they were 200 to 300 years old. With all this activity to regenerate the biodiversity around these older trees, the gang-gang cockatoos and tawny frogmouth owls have moved in. It was that simple – plus a lot of back breaking work!

After many years of being responsible for the urban forests and the associated biodiversity, urgent actions are well overdue to return the owls and other endangered birds, such as the gang gang, to Canberra’s suburban areas.

Top of the list of actions has to be – stop chopping down the trees. Stop approving developments and other suburban activities that result in the loss of our older trees – especially the native trees such as the older gum trees that host the biodiversity and encourage these birds to be part of the city.

The ACT Greens should have been the game changer for actions on biodiversity and bringing back the birds – especially the powerful owl. They have been part of the ACT government for over a decade and still they talk about these issues – but achievements are few.

We do not need to wait for more research on the loss of species, it has been done. Residents also have their experiences. It may be anecdotal and based on observations, but these line up with the research. Ad hoc developments in older suburbs, as approved by the planning bureaucrats, have reduced biodiversity and are sending birds on to the endangered list.

When questioned, the ACT Greens and their Labor colleagues will rattle on about how much they are spending and how many trees they are going to plant – one day – maybe. Meanwhile, the trees are coming down on public lands for any number of reasons – some reasonable and some because that’s what they do!

Meanwhile, residents have been very polite in asking the planners and politicians to stop the land clearances that happen too often when developments are approved within older suburbs, with most trees and shrubs and the associated biodiversity gone.

This would be the planning bureaucrats at work – being those with the direct say over heritage and environmental issues and how the government handles these matters.

Their motto must be “no care, no responsibility – bring on climate change and who cares about the birds!” Can we get powerful owls to visit the planning bureaucrats who allow older trees to be chainsawed?

Have we in this city any politicians and influential and intelligent bureaucrats that care about climate change, about aesthetics, about sustainability and biodiversity, about looking after the planet?

Then they would be the ones who would now commit to having the sound of the owls and gang gangs being heard constantly and frequently in our suburbs – soon.