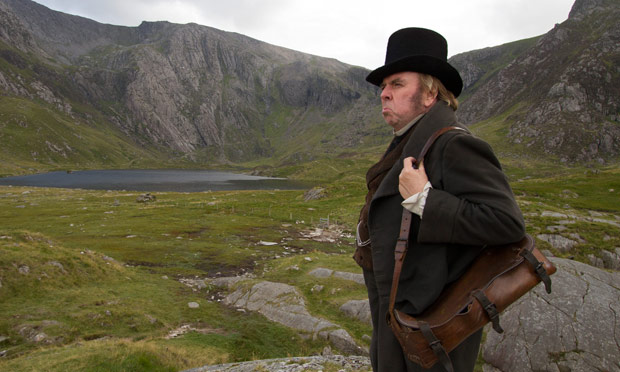 If you enjoy beautifully made films that are a detailed character study, then see Mr Turner.

The story line for anyone who knows about Turner is fairly straight forward and plays out like any screen story of a famous person. This is a complex person whose personal life is not to be envied but whose creativity and paintings are simply awe-inspiring.

The film is set in Turner’s later life when he is already established but still dealing with all manner of people in the art world and those they are buyers, or potential purchasers. The fascinating side stories are those involving new technologies such as steam and the coming of photography. The movie is rich in detail of life in and around London.

The real strength of this film is in both the character acting by a wonderful bunch of actors and the cinematography of Mike Leigh. Timothy Spall is brilliant in his character study. The scenes inside where the director makes use of open doors whereby action happens on the other side, are sheer beauty.

For anyone who does not know the story, this makes for a fascinating introduction to this character through a series of events with a wonderful script including a humorous use of the grunt, something Timothy Spall seems to have spent ages practising.

For those who know the work and the story, you are able to sit back and enjoy the characters and the settings, all of which engages and entertains. 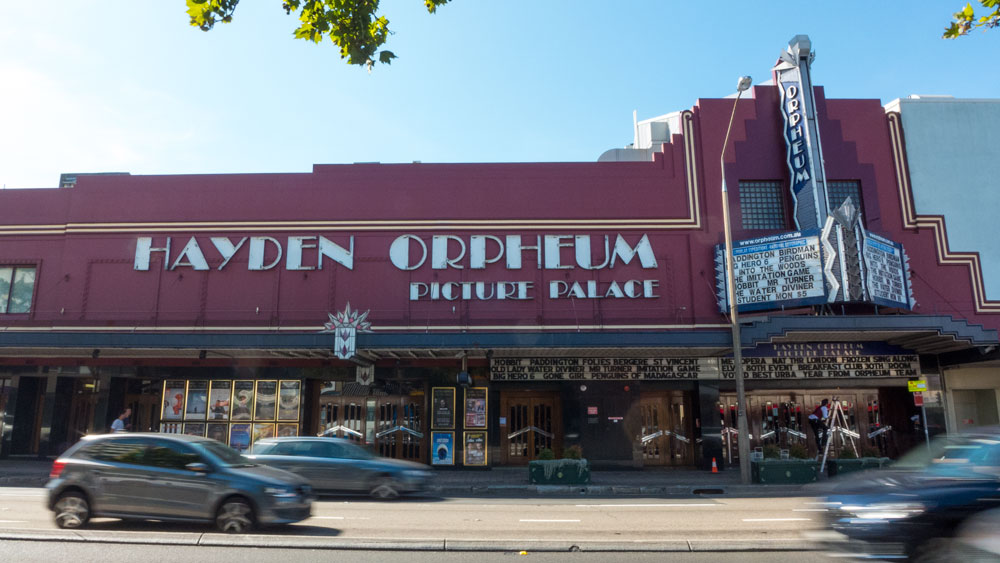 There was an elderly gent on the door to the theatre, and I commented on how wonderful the place was, being the first time that I had managed to get there. I asked how long since it was renovated – not knowing that in fact it has been continually renovated and that it was an original 1930s gem. The doorman responded that yes, it was indeed a grande building and that it has been renovated extensively recently in 1987. Hmm, he obviously had a different concept of ‘recent’.

The second: As we sat in the theatre were joined behind us by a group of 20 somethings who were very chatty. Luckily they did shut up once the main movie started but till then the conversation was air-head stuff – being about nothing. As the movie was close to commencing, one little voice said, ‘Oh, I do not know what this is about‘. The response from her’ learned’ air-head friend, ‘I think it is about a painter’.

I sense that Mr Joseph Mallord William would have made a very loud grumph sound to such an intelligent conversational exchange!

The third: This theatre is just a magic place to visit. We spotted a staff member changing the board out front. For most theatre venues, this would now be digital. But no, not for this fabulous picture palace. The staff member was up and down the ladder with a handful of letters taken from several boxes of letters. Good to see! 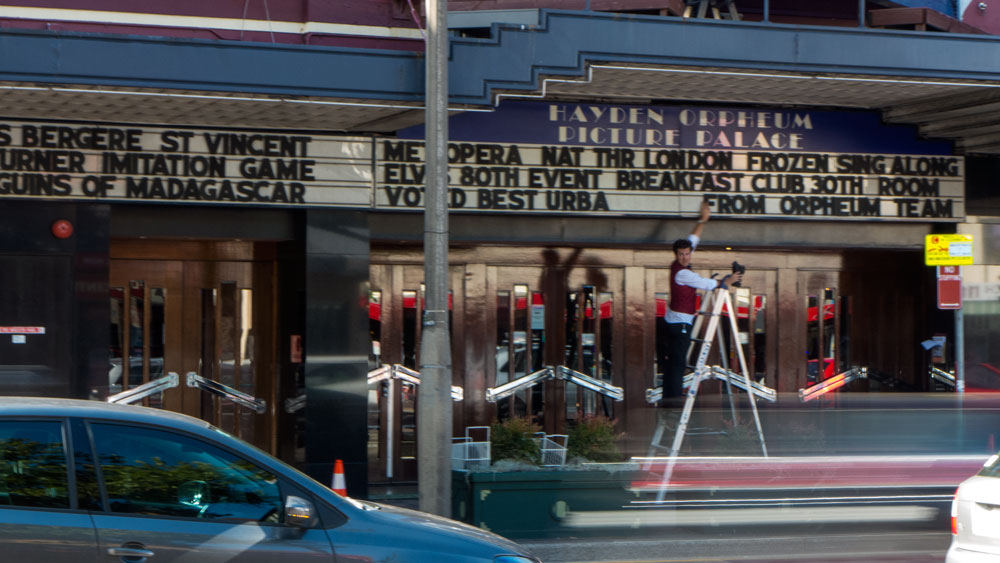