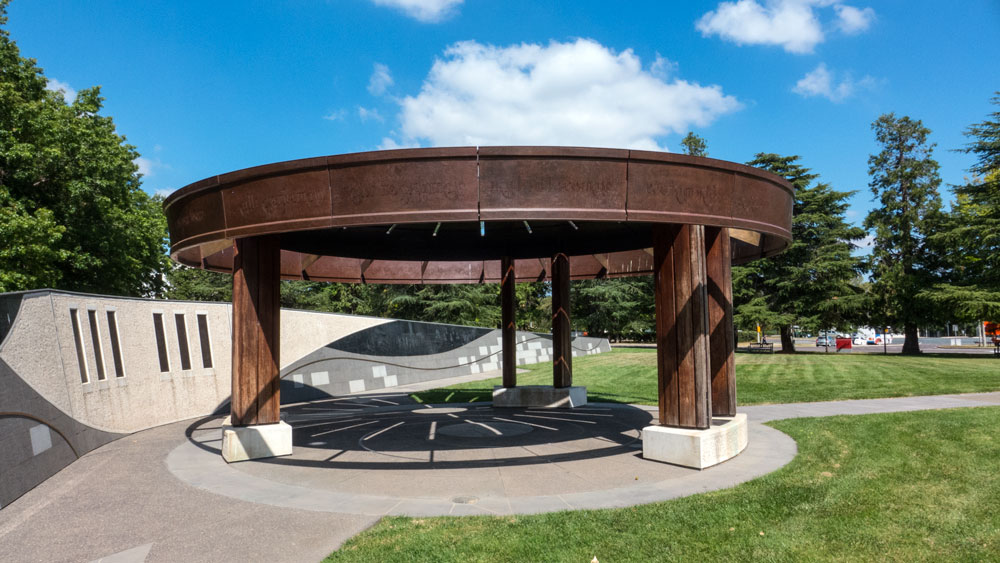 This is a re-posting of a review I posted to RiotACT last week.

2015 marks the 800th anniversary of the 13th Century English King’s agreement to the terms as set out in the Magna Carta. The original charter was more about getting a better deal for the church and the nobles rather than most of the population. Over time with additions and alterations, this document became important in establishing equity and a legal framework for our justice systems and had a significant influence on the Australian Constitution. 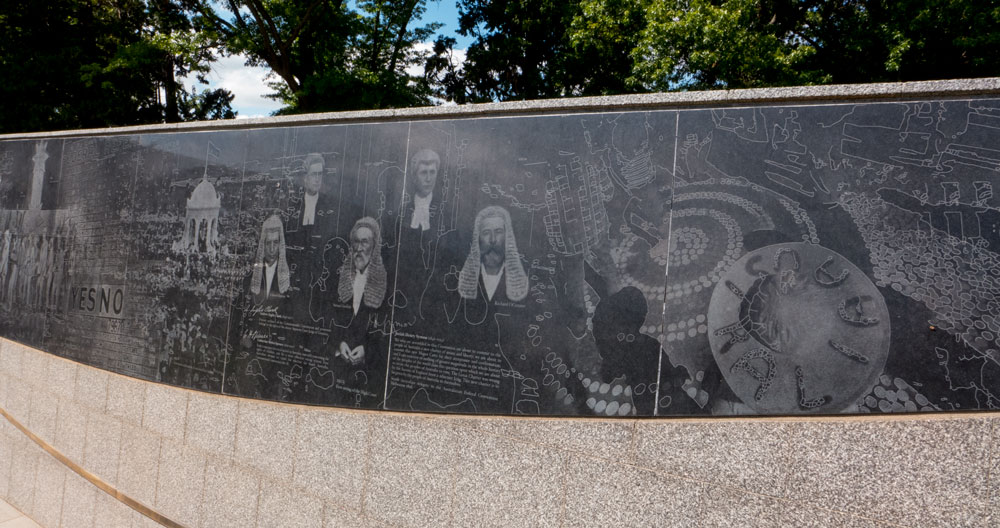 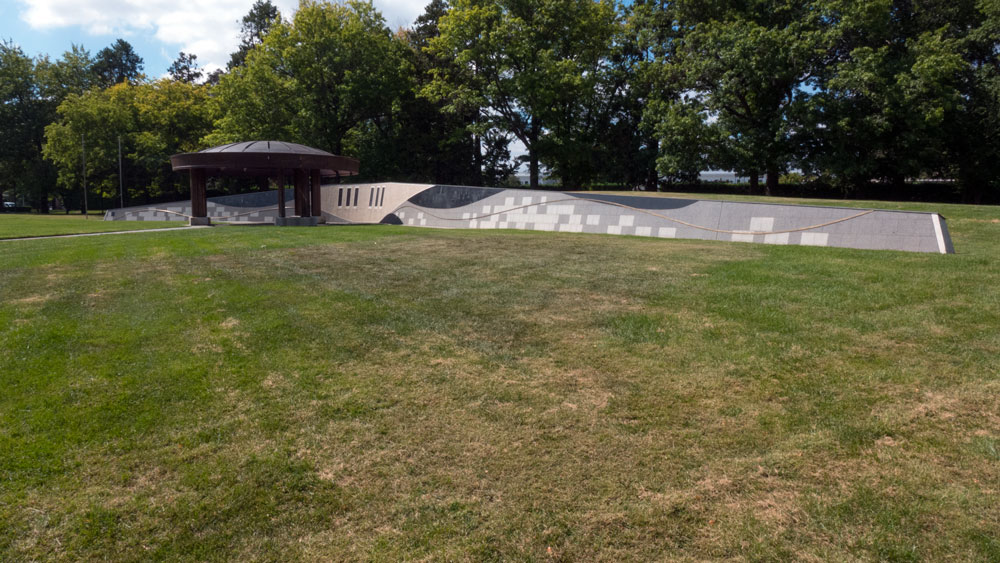 Canberra has a special monument to this event. A specially commissioned structure is located on an open grassed area, Magna Carta Place, situated to the west of Old Parliament House and the western rose garden. It is a site that is driven past by many but is rarely visited. I suspect it may be used for photo shoots for local weddings.

The design for the monument is a curious beast, with a large metal dome being the dominating feature. The plaques on the back wall provide some useful introductions to this ‘Great Charter’ and its influence upon Australian law and our constitutional processes. The sloping wall is meant to represent several matters associated with the establishment of the first Magna Carta. There are two sets of graphics either side that set out the roles of some of the blokes involved in the charter as well as important Australian constitutional events. Most of this is pretty standard design work and does not do much to entice much interest. 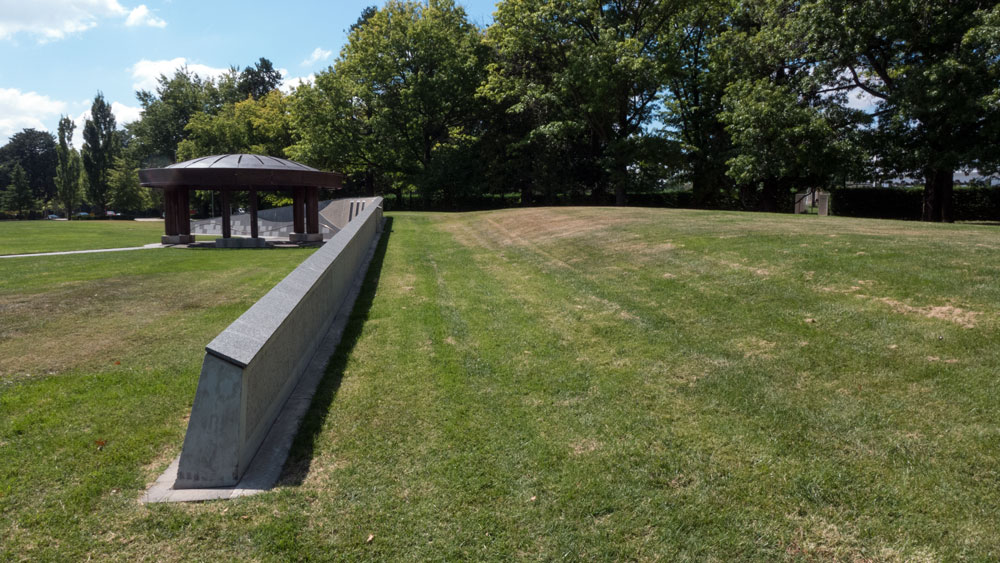 Having visited the site several times to check out how it is used, I can honestly say that each time I was on my own. The site is tucked away and has received very little notice by tourists. The NCA has some information online about the site. Unfortunately it is written in a bureaucratic tone with the emphasis on the comings and goings of the committee and promoting their achievements.

As I said earlier, the design is a curious construction. It has no special visual appeal. Many of those who have driven past have probably conjured up all manner of imaginative ideas as to what this thing is supposed to be. Some form of spacecraft would be the most logical. 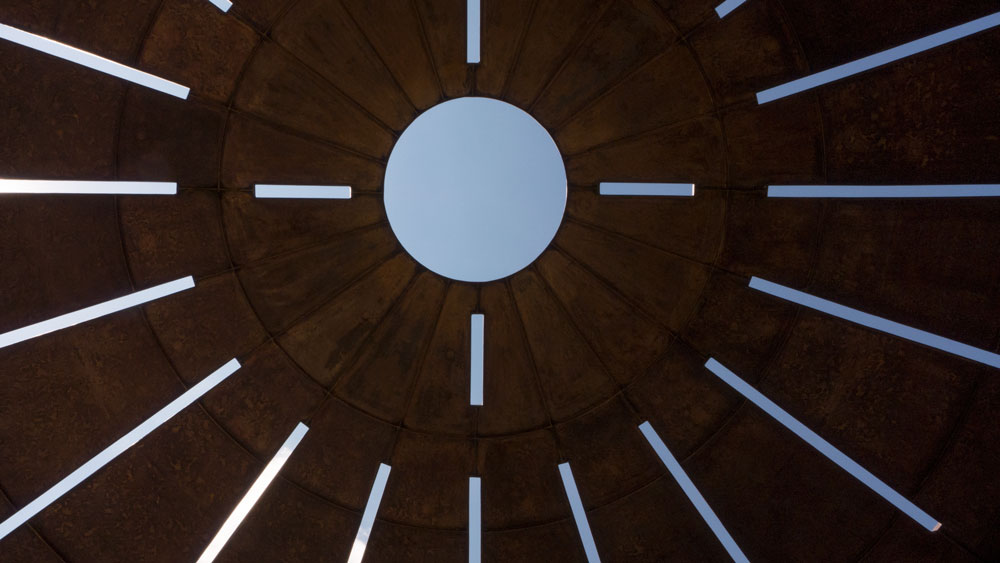 Canberra’s Magna Carta Place and its monument remain under the radar. The charter was indeed important to this country, but this particular monument and the online information fail to stir enthusiasm for people to visit and to get to know more about the ‘Great Charter’. The design exercise was the result of much committee work and sadly that what it looks like – the result of too many committee meetings and not enough creativity.

If you are showing friends or family around Canberra, I could not recommend a visit to this monument, but I definitely do encourage you to make sure they see the copy of the charter up the hill inside Parliament House.

Some follow-up thoughts. I have continued  to wonder about why anyone would want to install this monument where it is given the presence of the actual copy of the charter just up the road at Parliament House. I am also aware that it was driven by a committee made of people with strong old England sentiments.

I have to admit I am not a fan of such didactic monuments plonked on the large expanses of a manicured lawn that has to be watered regularly. One wonders if there was a better use for this corner of landscape.