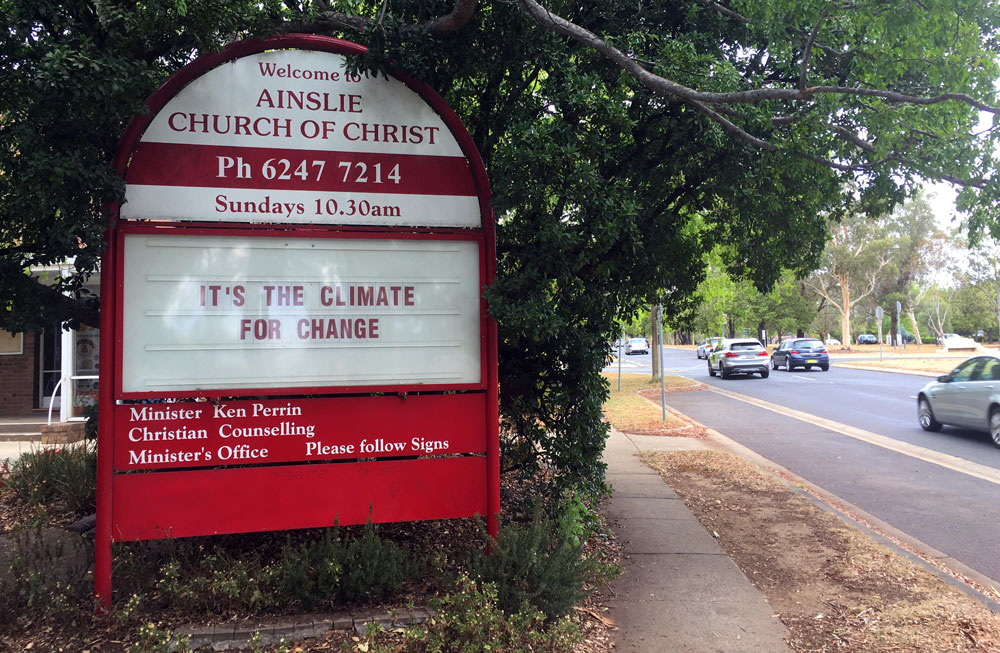 Before the 2016 ACT elections the Labor Party indicated that it was to make changes to how planning and development happened.

As part of that the Land Development Authority was to be shut down. There was a hint that things might get better. They didn’t.

One of the reasons that voters were looking forward to changes was that the ACT Greens had the balance of power and should have been in a position to bring some sense and humanity to decision making. What went wrong?

The ACT Greens signed a memorandum of agreement with Labor for the Greens to enable an ACT Labor/Greens coalition government. The trouble was that agreement. It set out the things that should be done for the coalition to happen. By signing up, the ACT Greens were not to raise matters that went against government policy.

As residents have witnessed over the last couple of years, the ACT Greens have been silenced in responding to the atrocious decisions being made under the banner of planning and development. A

dd to that the way the Barr government has been running down the Woden Hospital – as well as stupid decisions about the Surgical Procedures, Interventional Radiology and Emergency (SPIRE) centre.

When the trees are threatened in Dickson, when Minister Yvette Berry bulldozes her way over residents in Dickson to inappropriately plonk a Common Ground in a corner of community ground, when the green infrastructure across Canberra continues to be shrinking, when high-rise developments along Northbourne impress no one with their aesthetics, when Woden keeps missing out on facilities and suffers because of the lack of planning, when residents in Molonglo keep spending time on ridiculous planning decisions that defy logic, and the list continues – where were the ACT Greens? Sitting on the fence would be the politest term to be used.

In retrospect it may have been much more strategic for the ACT Greens not to have accepted a position in the cabinet. It would have been far better if they had agreed to support the ACT Labor government, but remained outside and not accepted a ministry and therefore remained free to speak out. They needed to be able to negotiate each piece of legislation on a case-by-case basis.

Caroline Le Couteur has remained a cross bencher – sort of. She is not a minister in the cabinet – as that is the role taken up by Shane Rattenbury.

Every now and then, when the subject matter was fairly safe, Caroline has attempted to speak out against some of the silliness of this government.

The trouble being the ACT Greens have enabled this government to perform the way it does – with absolute arrogance towards residents. It has always looked strange to see a member of the party that makes up the government speak out against the government. It is as if she is criticising herself – throwing stones from within the glasshouse.

It is pretty certain that Labor and the Liberals will remain the dominant parties after the October elections.

However, many progressive voters are still looking for a way to moderate the party in power to have a more community focus and for the government and its bureaucracies to take matters such as planning and climate far more seriously than the ACT government does at present. This was to be the role of the ACT Greens. It has not happened.

Through taking that ministerial position and signing up to such a restrictive agreement with Labor, the ACT Greens have lost the plot – they have reneged on their primary agreement, that they made with the voters.

Labor could change its ways – doubtful! The Greens could rethink how they work with the next government – a possibility. The Liberals could be more open about how they would work with residents if they were to win government – no sign of that yet.

It’s the climate for change – hopefully before this year’s ACT elections.