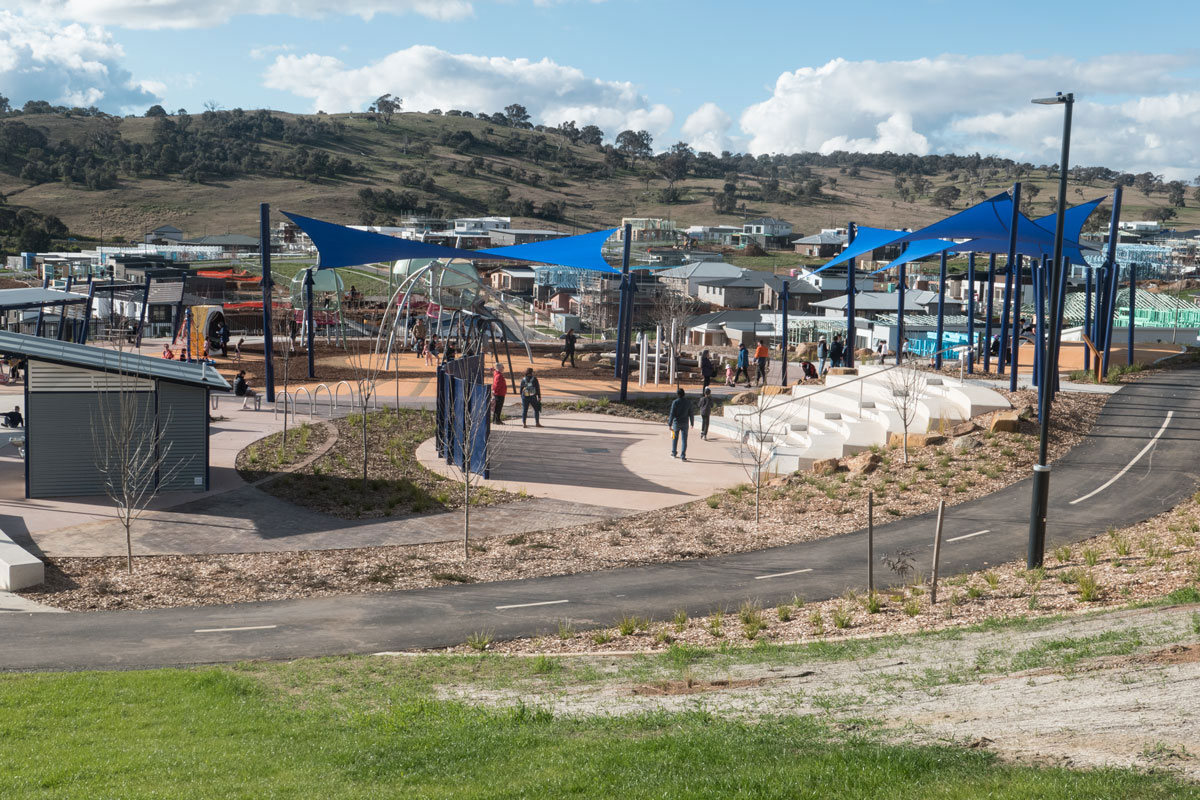 When a politician says something such as: “Recreational areas in a suburb create a vital meeting point for the community”, then people should celebrate having such a person in government.

This was a quote from the ACT Greenslabor Minister, Yvette Berry. Many would be puzzled by her statement given she is not known for fighting for green spaces and community facilities.

A few years back when this minister announced she was to build housing on community lands and parks, the community raised objections.

In the 21st century people should be able to take it for granted that green spaces are important. However, the Greenslabor government quietly changed the definition of community so that it included social housing on community lands and parks. This sleight of hand allowed this same minister to justify using community sites for housing.

When taking over open spaces, this minister argues the importance of social housing – which most people agree with. The reality is that her actions are about treating community lands and green spaces as a land bank.

The land is in government hands and is being used as a subsidy towards the social housing budgets – that this government has messed with over the last decade ending up with less expenditure than claimed and less housing in 2022 than in previous years.

When the Ainslie residents tried in vain to get some sense in the debates around the YWCA proposal to squeeze too many housing units on to the community facilities to the side of Bill Pye Park, everyone knew it was an uphill battle.

The minister’s compliant colleague, the planning minister, ruled the project must go ahead – meaning this recreational area was no longer to be a “vital meeting point for the community”.

A couple of years ago, the Woden Valley Community Council outlined a list of community facilities that had disappeared from around the town centre and set out their preferred list of what the government should be building. It was this same minister who, more or less, said: “Not going to happen”.

The Woden town centre serves not only Woden but also nearby areas such as Weston and Molonglo. Places for the community to meet and to enjoy community activities are minimal around this massively developed town centre. The impression she made on the night was that she was not interested. The minister was not for moving – except to make a quick exit.

There’s a story around Ridgeline Park Playground, Denman Prospect. The well-designed playground was built by the developers several years ago. Since then there has been a lot of energy put into trying to get toilets provided for this central play area. The government kept saying no. The parents kept asking, otherwise children cannot stay long. The latest story is that the government has said yes (the developers can build them) but that the developers have to maintain them.

Meanwhile, back to that quote from Berry. She said this during the opening of a major playground in the new suburb of Whitlam – not far from Denman Prospect but in the minister’s electorate.

The park is already very popular. It is wonderful to see it built even though there are not many homes in this new suburb. No shops, no school and no community facilities – but they have a wonderful playground with toilets. There will be many who will wonder why this same minister and her colleagues continue to take away green spaces, and continue to knock back requests for toilets in their parks and near their local shops (Watson for instance).

Berry and her Greenslabor colleagues make loads of statements and enjoy frequent photo opportunities standing around in high-vis vests in parks and next to trees. It seems that this is what they think their job is about.

People are not fools – they know when Greenslabor politicians make worthy sounding but disingenuous statements (prepared by spin doctors) and when they make statements of values they adhere to. The latter rarely occurs.