A new Future for the Canberra Brickworks 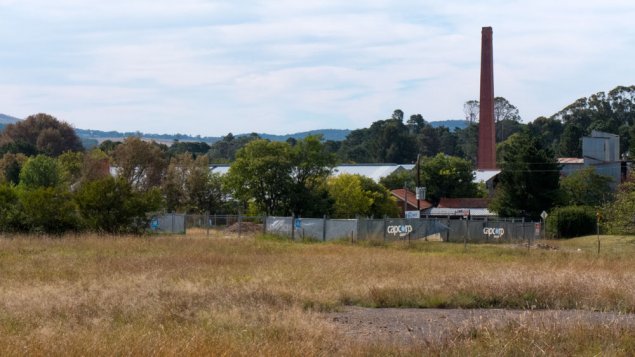 A couple of decades ago, the Yarralumla Brickworks site was home to community markets and a colony of artists. This was the last time I visited the site.

It was a fun place to be. Since these activities were closed down, there have been many options explored about how the place could be used. But in the end nothing has happened.

The Yarralumla Brickworks are again back in focus because of the government’s proposals to develop the parklands nearby for 1,800 residential units. No matter what happens with these more contentious proposals, it is timely to consider the future of the brickworks as a separate entity.

The Yarralumla Brickworks site has heritage values given that it supplied the bricks for Canberra’s early years. This is to be celebrated. However the future of the site could be hampered if too much concentration is placed on saving the present industrial structures, no matter how cherished. It would be far better to ensure that the brief for the site had mandatory requirements for significant and innovative reminders, recognition and celebration of this heritage.

The whole area should be designated as a community cultural centre. The main site should be converted to provide for a multitude of cultural arts uses. The model for this is the very successful Hazlehurst arts centre in the south of Sydney, situated in west Cronulla. The local government conducted intensive research on what makes an arts centre successful, with the measure being that it becomes a busy place for people to visit for a host of reasons. Hazlehurst is one of the most successful arts centres in New South Wales.

There is a busy café as its core. To the west are community exhibition spaces alongside facilities for several general art classes and studios that are accessed by people day and night. To the east is a public gallery that exhibits touring visual arts as well as some local artistic endeavours. In front of the centre are parklands and gardens that are used for a number of reasons, included the occasional quiet picnic.

The suggestion for the Yarralumla site is that it should include a parkland and playground. The playground should be large and be a celebration of bricks through the construction of model houses and other Canberra buildings. All the constructions should be predominately made of bricks with associated sculptural brick forms—all of which should be creatively appealing to children to play amongst and for them to imagine they are in their own suburb.

The play suburb should be protected through a generous amount of shade trees. The perimeter could be circles of brick tracks to allow children to run around and to cycle freely around on giant circular pavements. In the centre, or where most applicable, there needs to be a sheltered gathering place for parents, with some form of coffee stand and snack bar. This needs to be located so that parents can keep a watchful eye on children as they meander throughout the playground.

The brief for the new Brickworks Cultural Centre needs to insist on a creatively designed set of buildings that use bricks as their main material and that remind people of the original use of the whole site. How much of the original kilns need to be retained should be left open and considered once some creative solutions are on the table.

As long as the new design concepts contain very significant and obvious recognition of the important role played by these brickworks in Canberra’s history, it may be possible that very little if any of the present kiln structures are ultimately retained. This issue will be the most difficult option for some to deal with, but the brief should be allowed to have as much flexibility as possible in addressing the heritage issues.

I am very aware of the danger that this project, if managed incorrectly, could deliver superficial recognition of the heritage values. This would be the worst outcome. Therefore very intelligent decisions need to be in place upfront to ensure some brilliant solutions. The list of usual suspects who should not be involved is very long. We also need to be wary of the many who love to be on such panels.