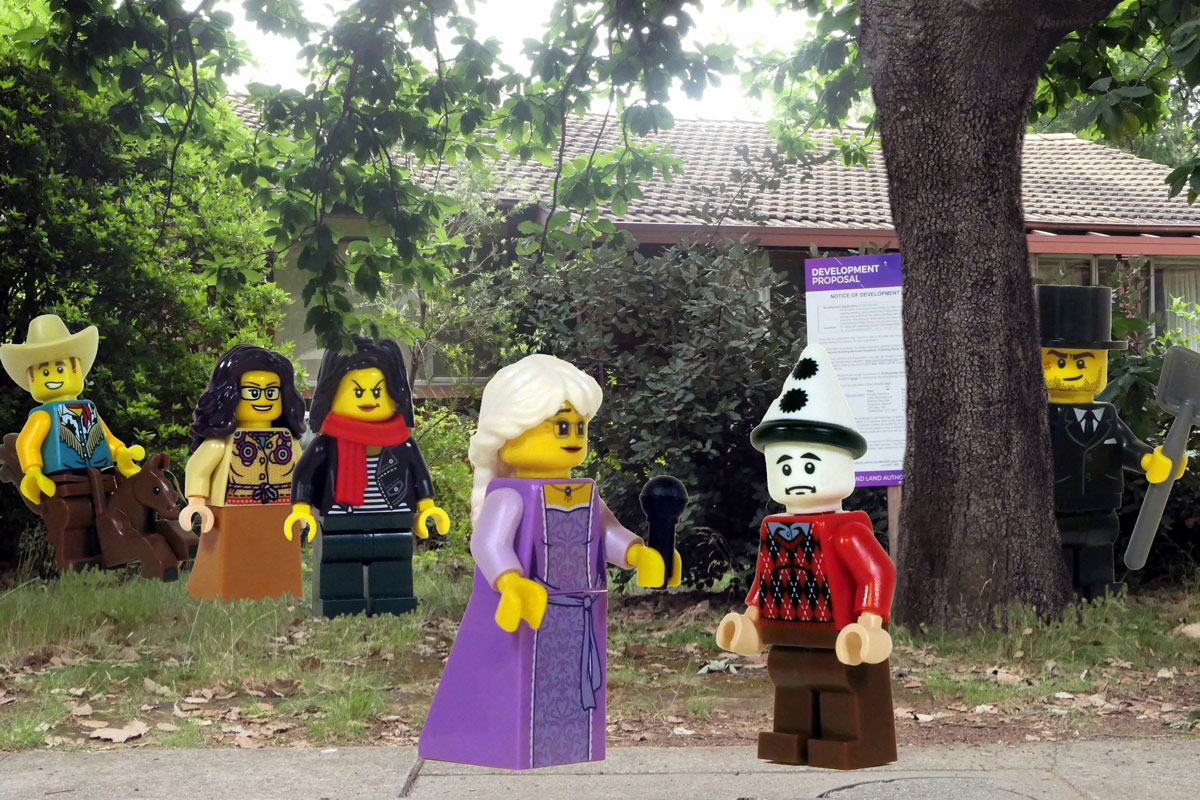 Things are serious when the senior ACT Government planning bureaucrat uses interviews with selected local media to send a message to local politicians.

Over the Christmas New Year break the chief planner was interviewed online and was featured in several well-placed media articles.

The message was clear. Planning bureaucrats run the city’s planning and the elected politicians, especially ACT Greens such as Jo Clay, need to back off. The bureaucrats, with the nod of the chief minister, remain keen to enable more developments that have been gradually changing the city from the bush capital to being an unattractive and massive heat island.

It was no coincidence that the interviews with the media were a week after the release the legislative assembly planning committee’s report on the so-called reforms of the ACT Government’s planning regimes. The report by the planning committee was not kind.

Committee members, Jo Clay (ACT Greens), Suzanne Orr (ACT Labor) and Mark Parton (Canberra Liberals), did their best to be constructive while reflecting the frustration and anxiety expressed by the community through submissions.

There are 49 recommendations that collectively signal that the reforms as put forward by the chief planner are not acceptable. The work on planning reforming has been a failure.

However, there is another perspective. If the ACT’s Greenslabor government is to continue the policies of de-greening, to continue with heat-island housing developments that are non-climate ready, to work against having good design and attractive landscapes, to continue reducing biodiversity and to have token interest in the city’s heritage, if the government is to maintain a low priority on social housing and affordability, then what is being proposed will be successful.

The new planning bill will allow for an increase in the laissez-faire approach to new and infill developments. The proposals will increase (not reduce) the irresponsible vague decisions being made within the bureaucracy with less oversight and contribution by ACT elected politicians and very little opportunity for challenges by residents. Just forget community engagement.

The chief planner and his boss, the chief minister, know exactly what they are doing. This is obvious from the chief planner’s spin during the 30th December interview (available on YouTube). He knew that the interviewer would not ask difficult questions. Instead he was provided with the opportunity to blather on about stuff that sounded worthy but is in complete contrast to what his own proposals will deliver.

On the surface at least, this Greenslabor government has announced some worthy sounding policies such the one to have more greenery and porous surfaces (less concrete) in new and infill developments. When questioned about these policies, particularly anything to do with climate, the answer is they were considered when drafting the planning reforms. Anyone reading the documentation realises that little of the announced policies are meaningfully incorporated. Doing stuff for the climate remains the job of someone somewhere else!

Andrew Barr would have been watching that interview with his developer spade in hand ready to shovel the chief planner out of his highly paid job if he gave away the game. These well-timed media events were about sidelining the select committee’s report. There has been no attempt to use the committee’s recommendations to challenge the chief planner’s spin.

What is being proposed is an even bigger mess that will be less transparent and people focussed.

Jo Clay should consider herself on notice that she is about to repeat the experience of former chair of this committee, Caroline Le Couteur. Caroline’s planning committee made important planning recommendations only to have them rejected by The BarrRatt executive.

The city requires a new 21st century planning and compliance governance structures that deliver liveable and climate ready urban built environments – ones that brings back the owls and enhance the biodiversity and will be a fun place to live.

The community needs to be engaged to encourage developments that deal with the complex equity and social issues not being adequately addressed by the present Greenslabor cohort.

Mark Parton, representing the Canberra Liberals, has said the proposed planning bill is anti-community and anti-environment and should not be passed in its current form. He is stating the obvious and he is being polite. He knows that the Chief Minister and his chief planner are misleading the city’s residents over the future of the city’s developments.

The question for Mark Parton, and his leader Elizabeth Lee, is whether they can engage with the residents with alternative and more meaningful planning and development policies and can propose a more effective, transparent and equitable planning structure, one based on good governance.