A sad tale of not being transparent

I refer to what looks at first as if it is another informative article in the Guardian Australia. Click on the image below. Unfortunately this great online newspaper has been infiltrated. 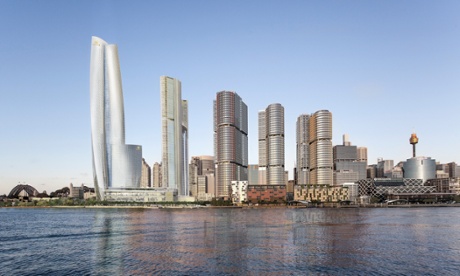 The author of this piece has not declared a very close interest in the project.

The author, Laura Harding has written on architecture before and this is the Bio she used:

and when she wrote the piece for the Guardian yesterday, something went missing:

and when you google Laura Harding – this is what you get – see this link.

I agree the whole Barangaroo development has become unsavory. The NSW Government has joined the long lineage of NSW Governments that have provided public assets to private developers and entrepreneurs. This is the history of NSW Governments so this latest should not come as a surprise. In this case, the media and gambling mogul has won the day.

In the original article, Laura Harding talked about being involved in the project. What she did not mention that she was the lead urban designer on the project. I would suggest that her lame declaration is still not strong enough especially given the abridged bio.

Ever since the design competition winners were taken off the project, people from the competition winning team and allies have led a campaign to attack the project and many of the other design professionals who have become involved. This article I suggest is another of those attacks. While it looks as if it is attacking Land Lease and the government, I suggest the dog whistle is actually an attack on the current designers.

She also does not outline the role of Paul Keating who saw what was happening and disagreed that the design winning concept was appropriate for this area. He used his political connections to get things changed. Laura cannot resist an indirect attack Paul Keating by saying that the headland park will limply mimic the abundant natural conditions of the harbour. What she is stating here is that she rejects Paul Keating’s accepted idea that the headland be return to a natural bush setting instead of yet another hard edge over-designed park as has become the fashion with the Sydney Cabal of architects and their allies.

So to respond to Laura – shame on you, but you did not fool me even this once. I spotted the lack of open and transparent declaration of interest straight away.

The public does indeed require full debate and far more transparency on these matters. But this high moral demand should also be made of writers such as Laura Harding as a senior employee of the firm that still feels as though it was robbed of the project.

and a footnote: Yes Darling Harbour started with a bang then went through a difficult period but recent changes have made it a very vibrant place. Not perfect but much better. The place was always meant to be a place apart and was not meant to be part of the city. I am aware that the Sydney Architecture Cabal recognises their own projects and dumps on any others. Darling Harbour is well used by all sorts of people and is currently hosts many good restaurants an bars and other venues. It was most likely not designed by the Sydney Cabal so hence their derisive tones when talking about this development.

A comment on the design team who seem to have their collective nose seriously out of joint and are spending the rest of their lives complaining about the project they did not get awarded: Get A Life! not every competition winner can expect to be also awarded the subsequent project. And you should not be spending time publicly dumping on others who now work on the project.