Opinion Piece on the state of Australian Architecture Awards 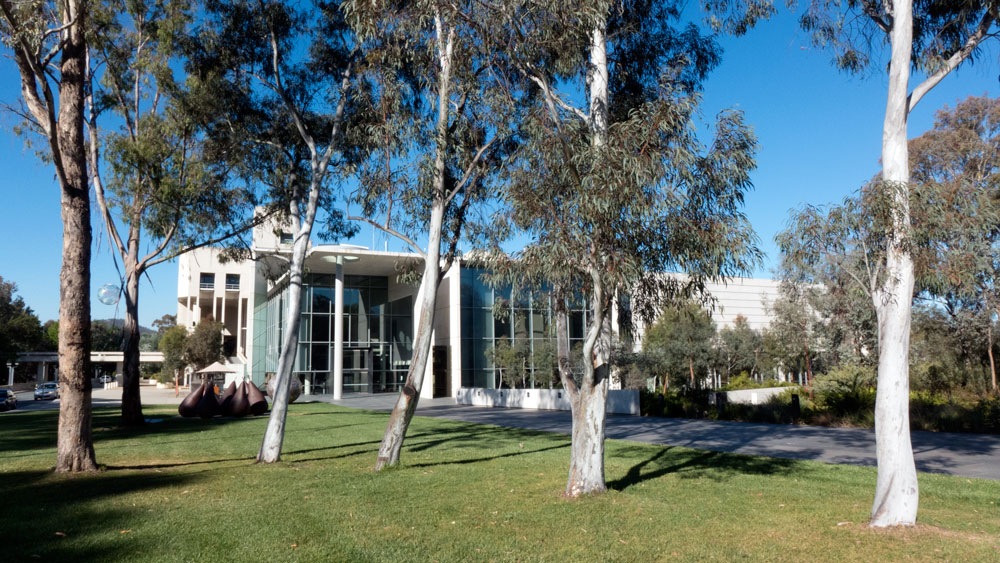 It was while standing in front of the National Gallery of Australia (NGA), that it occurred to me that the extension, which includes the new entrance, had not figured in awards. I am fully aware of the controversies about how these extensions came about. Should any of that have excluded this architectural addition to the nation’s art gallery from being the recipient of awards.

I intend to write more about the NGA in the near future, but for now I my curiosity has turned to the architecture awards as run by the national professional body, the AIA. These awards are lauded nationally, so why not apply a reality check as to how their award winners really stack up.

Where to start? Why not with this statement from their Jury Char:

Consistent in this year’s awards is the focus on public spaces and community engagement – from small projects to major commercial developments, public impact and experience were key concerns for architects and clients alike. ‘We were thrilled to see so many buildings and places that were engaging with social impacts beyond their immediate brief, offering something really significant to society at a higher level … architecture which is not merely responsible, but which is generous,’ Jury Chair, Shelley Penn said.

I am amused to think that these projects are being awarded for their  generosity and the community engagement. Would love to see the empirical evidence gathered for these judgments to have been made.

Having spent the last few hours looking through the information online and using google to bring up more images for many of the award winners, I note that the survival of the planet has not figured very highly in these criteria and statements. There is a special category for sustainability. But shouldn’t sustainability be a fundamental criteria for all project submissions. Or has the AIA adopted a business as usual for now approach when it comes to climate change.

I have read elsewhere that the AIA is committed to climate change adaptation. However the AIA awards processes have failed miserably to insist that all projects being submitted must have utilised a high level of sustainability measures. Surely by now it should be a basic criteria that all projects must address the urban climate change adaptation issues. It is a matter of survival.

Personally I have three other criteria I use. How will this structure or place look and function in 50 years, and in 100 years. What is the heritage of the future to look like?

The next is very simple. Does it work. And yes, for this i rely on my own subjective judgement based on years of looking at and talking about buildings and places.

If something receives an award, then it should be expected that it is extra special. There’s a lot of interesting architecture in the world today, so for a national architecture award we should expect something very special, obvious innovation and something that is far more than competent by current design standards.

I have to say that I found most of the recent crop of these awarded projects at best competent but most are seriously deficient. If this is the current innovation standards, then Australians needs to look elsewhere for professional leadership in climate change adaptation for our urban areas.

Where to start? I am not intending to trawl through the whole long list of awards. In fact that would be the first comment. There are far too many awards. 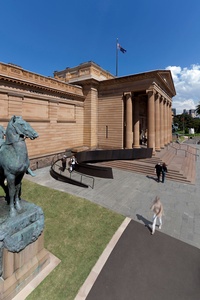 The  Art Gallery of NSW Forecourt Upgrade won the Robert Woodward Award.  Looking at this recently I thought the ramp was temporary. I am also surprised this government institution had not years ago put in place such a ramp. As to the ramp as illustrated, could we call this an innovative solution? I do not think so.

I should mention that Robert Woodward was known for his subtlety in his fountains and water features. There is nothing so subtle about this ramp. Deserving of an award? I do not think so.

And now to one of my favourite topics. Housing. In this case, social housing. What people in social housing look for is that their housing is functional and that it blends in with their surroundings. They do not need to feel as though their houses have a label attached so that everyone knows they are government supported. Remember the old style NSW government housing commission blocks. The residents felt they were different and there was little pride in their houses.

Here’s the winner of the residential housing – multiple housing award. It is a complex of 69 dwellings at No. 2 McIntyre Drive in Altona in Melbourne’s west.

I have a link to an article that I agree with. This is a case of the architects defining what is social housing. Nothing about community engagement here. I suspect the client, the government department was happy. Let’s just wait a few years for the residents to work out how to deal with this novelty they have to call home. The jury enjoyed the whimsy. Great!

I suggest that social housing projects should be made to wait five or more years and then their submissions for awards need to be accompanied by comments from the residents.

There are many more award winners I would question. And yes, there are some good ones. Some prove another point. That if you have zillions of dollars, the architects can build to their heart’s delight. They look great. But such architecture is strictly for the advantaged (privileged). Good on them but they do not point to real residential work in the suburbs where change needs to happen if we are to have housing that addresses climate change adaptation issues and provides for healthy lifestyles.

Generally I come away with the feeling that the award submissions are not an innovative bunch. Australia architecture surely must be doing better than this lot. Maybe the good ones are not members of their institute?

and so to finish with my real favourite. How do you design a large arena? There are plenty of great ones. This is not one despite the hype. The major award and the most publicised award was the Perth Arena by ARM Architecture and Cameron Chisholm Nicol, receiving the Public Architecture: Sir Zelman Cowen Award. 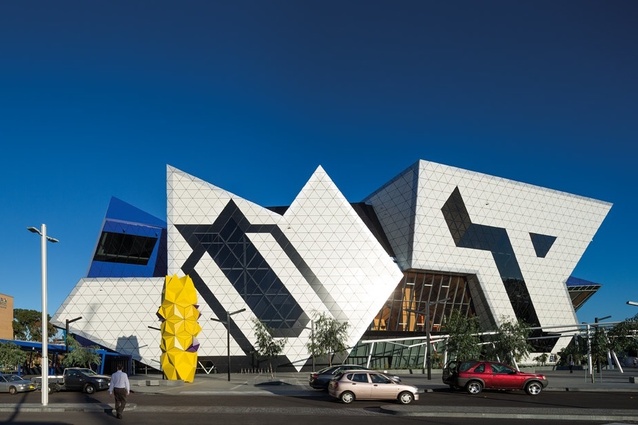 Oh yes, we have been clever! But the reality is that after the first moment or two, this is a boring building on the outside. Tricky but boring. I saw it recently in the nearly finished stages and was amazed just how uninteresting it was then. I just love all that blue metal framework that pretends to be an attractive front. It is boring. Not just ugly. Boring. And as for sustainability? I suspect it would be rated as near to Nothing. How long this thing will last? Not long. Or at least it will look very dated and tired very soon. Inside it looks very contemporary and probably very competent. And the actual arena I suggest probably works as all these arenas do. So fine. But Innovation? zero.

So what is going on here? The AIA I suspect has to have promotions and requires their jury to come up with lots of awards to satisfy their supporters and sponsors and to allow the institute to make a splash in the media. Having media attention is what most architects like to do.

The reality is that this is a lot of ordinariness and lack of attention to climate change adaptation being promoted well, being subject to spin to convince us that it is innovation and that they are deserving of national awards. Let’s call this for what it is.  This is great work as self-interested promotions. Well done AIA. That’s what members pay their membership fees for I suppose. But the rest of the population do not have to accept this spin.

Is it leadership towards climate change adaptation design solutions for our future generations and towards creating engaging and healthy sustainable settlements? No these awards do not address this. We will need to look elsewhere for leadership for the future of our urban environments.

So back to the NGA and its extension. Much more on this later. But for now I say that it is as good if not better than most. It functions beautifully. I have some criticisms. All that and more to come in a later more comprehensive post on the NGA.

But as to these national architecture awards. They are fun to read about and I will enjoy visiting as many as I can – one day – maybe. But let’s not take these particular awards too seriously. We will have to remain positive and await the day that such awards consider the future of our planet and the future of our urban settlements.