Is this an eyesore for Canberra? 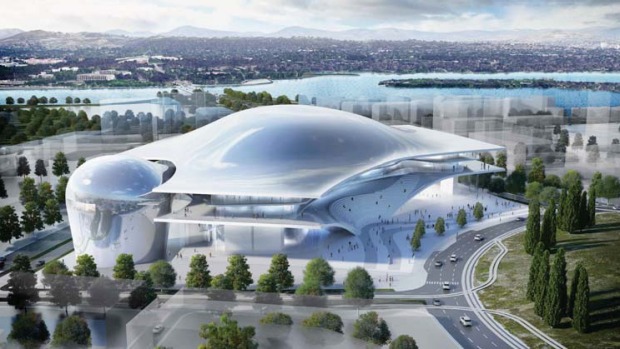 I was staring at the image above from the Canberra Times story about a concept that has been accepted for the new Canberra Convention Centre. I was wondering, is this something radical or is it an eyesore?I was also thinking that I had seen something like this just recently. Then I remembered seeing another concept design on the wonderful site – Howard Kunstler’s Eyesore of the Month. He had listed the new George Lucas museum to be built in Chicago.

This had come about as San Francisco had rejected the offer to have it built in one of the precious national parks. So it is now heading for Chicago. Here Howard Kunstler’s listing as an eyesore – click here 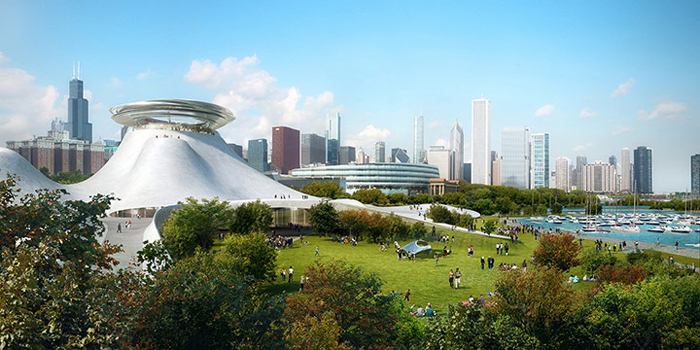 The proposal for Canberra obviously is a local architect’s ambition to build another of those star architectural large wizz bang statements that have popped up throughout the world in the last decade or so. The Chinese have had so many of them that the Chinese Government has decided that enough is enough! click here.

So now it is Canberra’s turn to decide whether to have one of these super monstrous architectural thingys. Wonderful!

I am sure the property council and building associations just love it. I wonder whether climate change adaptation and sustainability issues were mandatory requirements for any of the proposals.

Hmm, I remain not so convinced!