Liberals have barely opposed trashing of the city 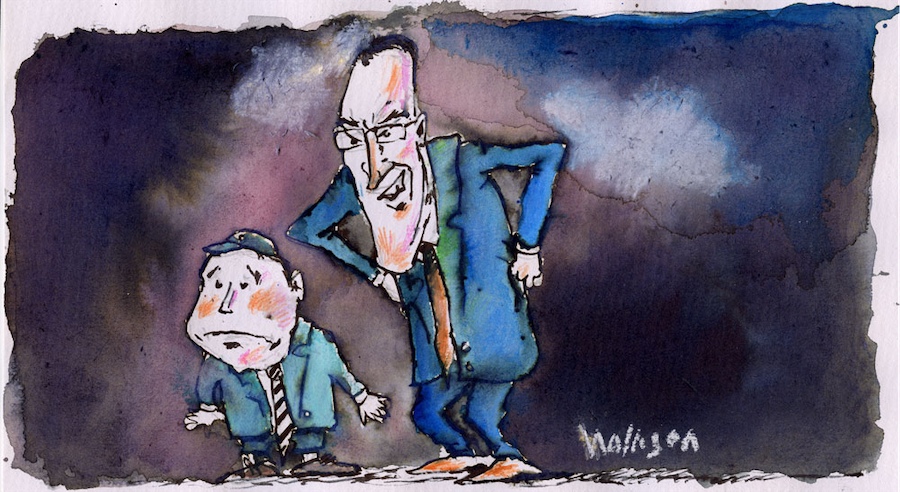 Planning is important to Canberrans because they like living in this bush capital and want future generations to benefit from what the city has to offer.

With the ACT October election now a happening thing, people are seeking visionary leadership rather than the soul-destroying approach to urban development offered by Andrew Barr’s Labor/Greens coalition.

Having a profitable development industry and ensuring that the city is a fabulous place to live are not outcomes exclusive of each other. Both are possible through political leadership.

People are pondering whether the alternative must be a government of Alistair Coe’s Liberals. The Canberra Liberals have not exactly been the voice of opposition to the trashing of the city. A change of government could be business as usual with the planning continuing to do what it loves to do – inventing complicated and unworkable regulations that promote bad design and ad-hoc planning decisions.

But there is another factor to consider when looking at what drives Coe and his style of conservatism. Zed Seselja was the leader of the 2012 ACT opposition with a campaign screaming about rates and negative messages. He lost and then manoeuvred himself into the Senate.

The Liberals ran another unsuccessful campaign in 2016. Again, it was about screaming negatives (mostly about the tram). Following that loss, leader Jeremy Hanson was replaced by Alistair Coe, who is seen to be aligned with Team Zed.

The circle was completed. Zed never really left. He looms large over Coe and his conservative faction. He proudly shows up in photos of favoured conservative candidates. The more moderate and socially aware Liberals have taken a back seat to these conservative forces. Why they have done this is another story.

Coe is taking the ACT Liberals into the 2020 election with another negative campaign on rates and taxes. Is he channelling Zed? The Liberals’ media messaging is mundane and amateurish – and that’s being polite. Then in mid-August there was the dropping of a Kurrajong candidate who had been 48 hours earlier listed as a star candidate.

This chaos focused attention to the Canberra Liberals’ dominating fringe – being Team Zed.

There’s little about Zed’s influence on the Liberals that indicates that they would be replacing the ACT’s city-wrecking planning system with one based around the aspirations of residents. Being nice to people and doing no harm would be welcomed as a vision for this city’s Planning Directorate. But is that what Team Zed and Coe are about?

Alistair has not endeared himself to progressive ACT voters with his commitment to privatise the ABC (as does Zed), he was against marriage equality (as was Zed) and has not clarified how an ACT Liberal government would deal with the Planning Directorate’s ad-hoc, developer-influenced planning mess.

While the Canberra Liberals go into the election with their vague plan to slash the cost of living, fix the health, transport and education systems, and plant one million trees – there has been no clear signal about where the money is to come from.

The outstanding reason why people seem to favour Coe to form the next government is because he is not Barr or Shane Rattenbury. But that may not solve the planning issues and much of the other woes.

There is an absence of detail about how Team Coe, with Zed watching every step, would deal with the challenges of the future – huge Budget deficits, complex public transport decisions, health and hospital matters and climate change, to name a few.

What a choice! Which is why people may have to consider voting for independents such as Fiona Carrick (Murrumbidgee). If elected, it would be politicians such as Fiona with her community background who could provide a reality check on whoever forms the next government.