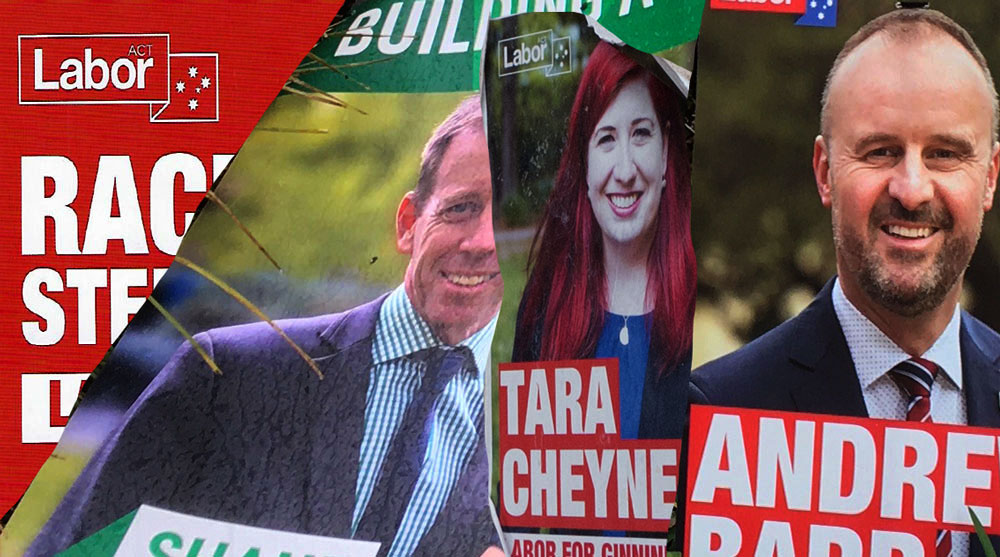 It’s begun; politicians are on the phone calling people asking if there are issues they want to discuss. What joy!

The reality is that once elected ACT politicians put aside any notion of a contract with the voters and sign up to their parties group thinking. Or as one Gungahlin Labor member explained to the local community group, they become part of Team Labor first.

Residents have learnt by experience that the hierarchy is – Team Labor (Greens or Liberal) first, then the lobbyists, then the bureaucracy and well down the list to be acknowledged around election time – are the voters.

Trying to get politicians to engage with residents has been one of the most disappointing aspects of the current Greens/Labor government – and the Liberals have not exactly been helpful.

When Rachel Stephen-Smith drops a leaflet into letterboxes setting out how she has “worked hard to listen to people across my ministerial portfolio and in the electorate – and to find new ways to engage Canberrans in decision making” – the only polite reaction from residents would have to be – you must be joking!

She is not alone in making such unreal claims. This Green/Labor government has been a failure to the community when it comes to how they make decisions on planning and development.

In her pamphlet Stephen-Smith talks about how she listens to experts. She should be far more upfront and admit that she will always take the word of a planning bureaucrat before giving credibility to what residents or their community councils are saying.

What would residents know? They live here, raise families here, have jobs (hopefully) and look to enjoy what previous governments have made available – being urban forests, green spaces and urban amenities. Surely residents would have some expertise in what makes for a great city – they live in and want it to be available for future generations.

Stephen-Smith and her colleagues have a lot to learn about how engagement with people actually works. I can assure them, when it works, magic happens and people’s lives are much happier. It would worth her giving it a go!

They have been completely fooled by their bureaucracy who are champions at saying “Yes, Minister” and then doing whatever they wish, which in most cases has little to do with the aspirations or wishes of the residents.

This 2020 election is proving very difficult for residents who have a commitment to community engagement, to green infrastructure, to heritage values, to having ample community and arts facilities, to the provision of social housing across the city, to the creation of and maintenance of wonderful urban areas and suburbs (and the list goes on). Who to vote for?

When voters find the politicians standing around shopping centres or when they ring you, they need to be made to commit to community engagement by putting a top priority to the voices of their electorates. By all means listen to the experts but ensure the planning and development decisions are made with a view to the aspirations of the people who live here – the residents.

Politicians should be making a commitment to put faith in the voice of community groups and by formalising the direct linkages between themselves and Canberra’s seven joint community councils.

It is definitely time to get politicians talking about planning.