someone else does climate in the ACT 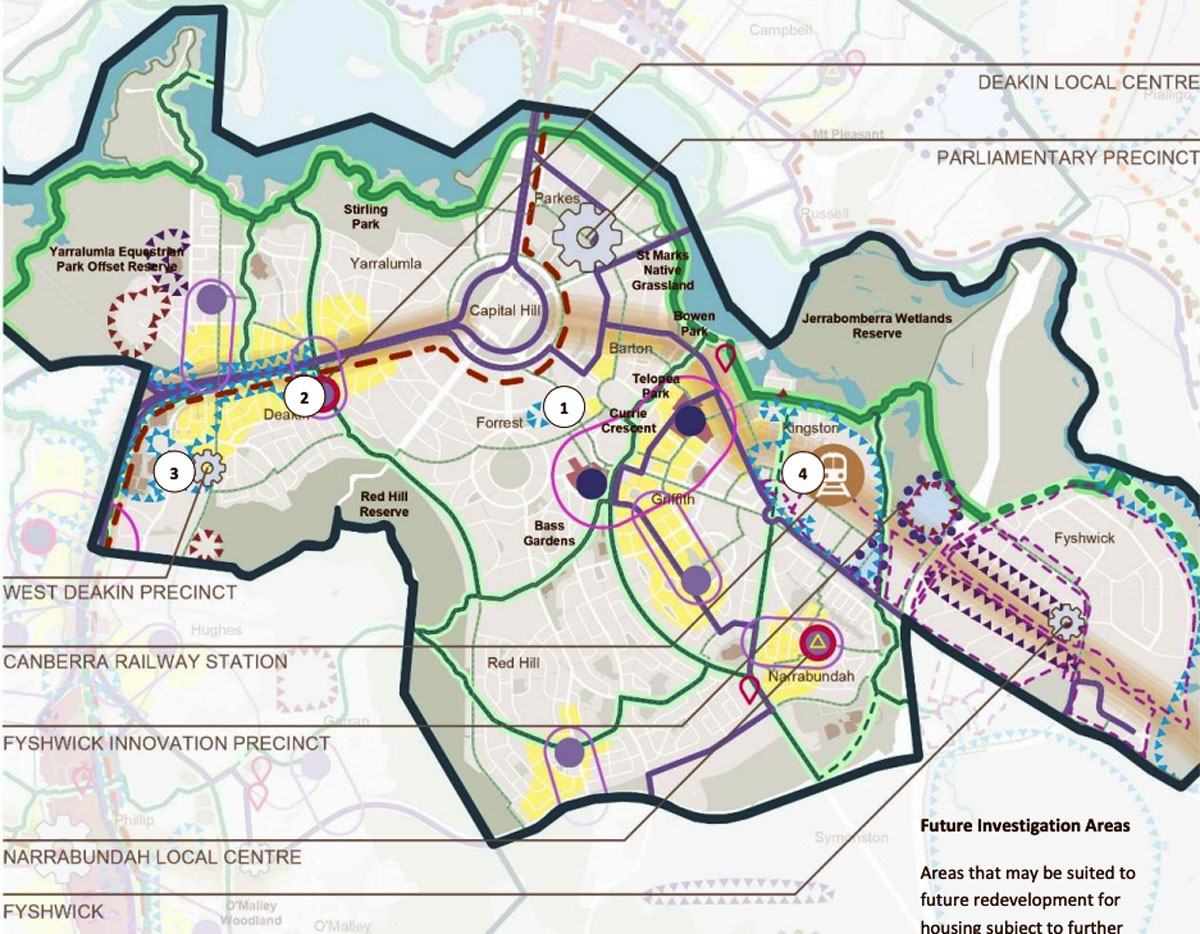 The most obvious stuff up about the release of the November 1 media release on the Planning Reforms is that what is being proposed does not recognise that planning and development are the most basic keys that the ACT government should be using to deal with urban climate issues.

It seems that while climate gets a worthy bureaucratic mention, the new planning system will rely on someone else dealing with the crucial issues of climate change.

Given the level of the climate emergency, the whole of government needs to put climate front and centre. The planning directorate and its planning ministers seem not to accept the obvious.

This release of “District Planning Strategies” and “Territory Plan” are the next stage of the planning reforms following the earlier release of the draft planning bill – now subject to the legislative committee assessment and public consultations.

There’s a lot riding on these reforms.

There are loads of residents who no longer want to see ugly buildings down Northbourne Avenue, the biodiversity and greenery increased (not reduced), no monster buildings in their suburb, a fair share of community and cultural facilities through the city, no more parks and community land rezoned for housing, social housing and affordable housing taken seriously, no more heat-island new suburbs, an end of town cramming around Woden and other centres and for comprehensive urban planning to be the guide for major suburban hubs.

There’s a long list of awful stuff that the Greenslabor planning directorate has specialised in delivering as development.

Will the new reformed planning system deal with these issues?

The bureaucrats delivering the presentations are doing a wonderful job of talking up the changes using their planning speak. We can be sure they know what it means. Will someone stop politicians coming out with meaningless lines such as “better connected, more sustainable and liveable city”.

These new documentations are available online until February 14. The bureaucrats are holding information sessions with a key message: download these new documents, read them, discuss them with your friends and relatives over the Christmas New Year holidays and then provide feedback by mid-February.

There’s a load of trust required as this same planning directorate and Andrew Barr, the real planning minister, have a history of enabling planning regimes to deliver increasing developer profits. This has been at the cost of not being focused on climate and not having the emphasis on people, their homes, their lives and the biodiversity of the city.

Listening to the initial feedback at meetings, people desperately want to believe that things could be better for residents – not just the developers.

The suggestion is to not pay much attention to what the bureaucrats and planning ministers are saying. Instead, get your head around the actual words in the planning documents online and work out whether what you value is being addressed. Do you see a better city, enhanced suburban living and a more climate-ready environment?

The bad news is that the planning documents do not come with any joyous Christmas wrappings or with any mince pies to make the work more palatable.