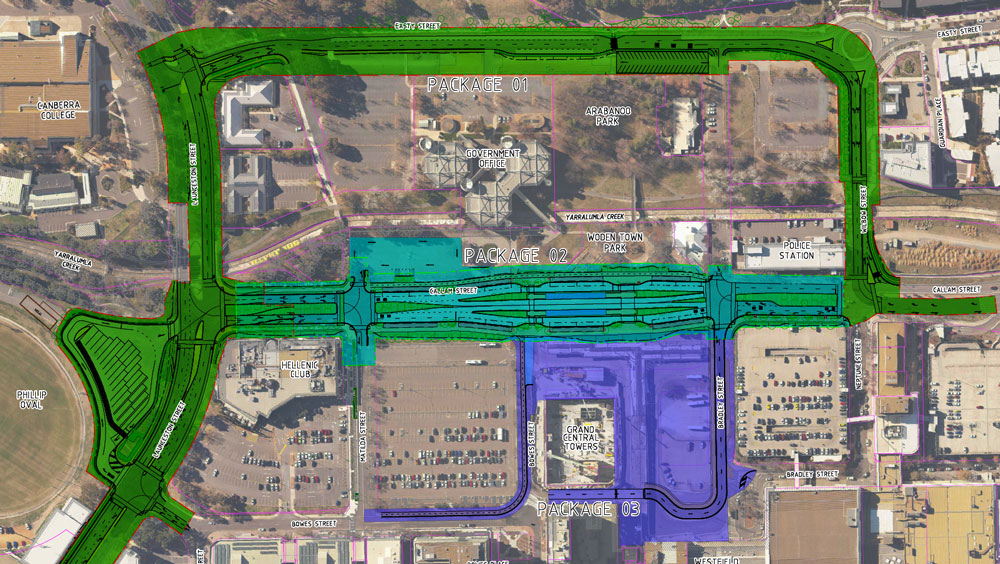 For the ACT’s Labor/Greens coalition politicians, planning is not something they worry about much despite it being something of major concern to residents.

Once elected, ACT politicians become busy people with meetings to go to, loads of busy words to write and photo opportunities to be taken up. They do not bother about planning until it becomes annoying around election time.

The last decade or so of the Labor/Greens coalition has made a significant impact on Canberra. Its laissez-faire approach has delivered a compromised and diluted built environment – fewer trees and more heat islands.

Rather than sensible and intelligent planning with an eye to climate change, the ACT planning directorate’s main outcome has been town cramming, reduction of facilities and green spaces. Despite the best efforts of the Woden Valley Community Council, this is what has happened to the Woden Town Centre precinct.

The council has produced many ideas for master plans and detailed submissions for particular sites. The ACT’s planning chief and his blundering bureaucrats have blatantly disregarded good ideas and well-researched facts. Their ideas for town cramming in Woden have come from friendlier industry bodies and developers.

The bad news for anyone who wants to access the Woden Town Centre is that the bureaucratic planners have come up with another unbelievable strategy to mess with Woden.

The latest is about a replacement bus interchange. While the present one has attracted some types with dangerous intent for commuters, it is a very good layout as a bus interchange. It works well and people travel through it easily, provided the buses are on time.

The proposed new design sees the interchange relocated on to the street to make way for the new CIT building. This building should be elsewhere, but the political decision was made based on the usual balderdash from within the government – not based on the views of the local community council. They live, work and shop there – what would they know?

Along with a couple of other significant development applications, the locals have had to wade through mountains of paperwork in their attempts to make sense of what the government is proposing.

Never mind that some traffic modellers have said that the government’s proposals have serious problems – such as they will place commuters in danger. Is this what they call “active travel”?

Such concerns, along with many other queries, were passed off as not being relevant according to Minister Chris Steel’s own advisers. Looking around the many traffic-planning blunders across the city, of course – they would know best.

There is not enough space here to describe all the stupid things within the new interchange design. Buses will squeeze into stop-overs waiting for the one up front to move first, buses will do loops through neighbourhood streets to turn around and likewise to make room for others and to return in a different direction. Commuters will be crossing roads to catch buses as well as one day to hop on the tram.

All this was revealed by those at a Woden meeting by the few who spent countless hours working through the complicated planning documents. This was necessary as no-one from the government agreed to attend the Woden Valley April meeting to explain what was to come.

The word from one of the local Labor politicians was that such consultations and presentations were not necessary at this stage. There would be time for that once the “independent” planning authority had made its decision. Did she really say that? Does she still believe the myth that some mysterious independent planning authority hangs out in a Northbourne Avenue tower?

This government’s expertise in town cramming is worthy of an award. It has been a remarkable achievement to jam so many towers into the Woden Town Centre and now they are setting out to push the bus interchange on to the street – replacing a very good one that stands on land now required for the something else.

Can it get any worse?