and now heads south to mess up more suburbs 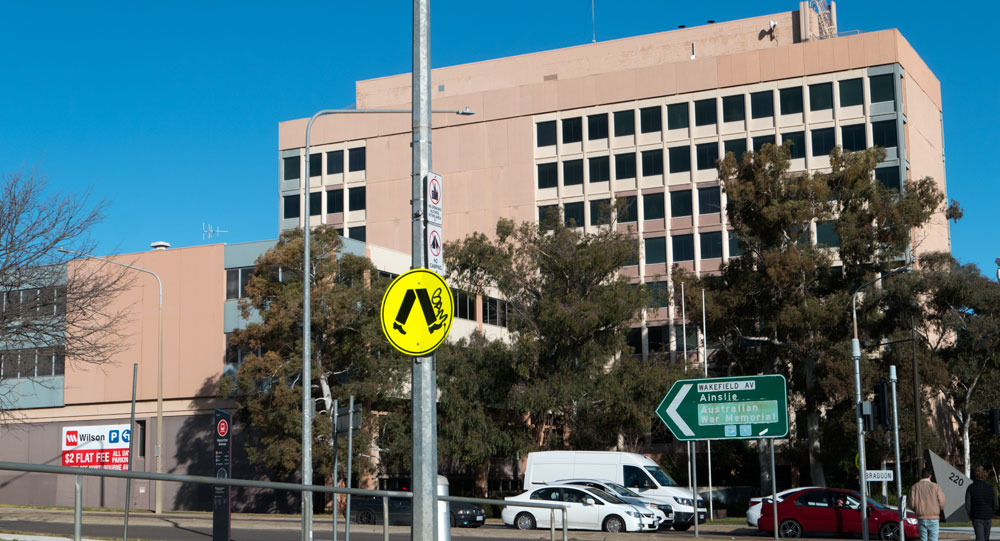 In the late 1980s, if you happened to be in the office of the National Capital Development Commission, at 220 Northbourne Avenue, it was hard to concentrate on the discussions because of the view looking south along Northbourne to the far mountains.

You knew you were looking at Canberra, a beautiful city in the landscape.

Thanks to the recent lack of planning and the laissez-faire, developer-driven approach to development, this corridor to the city, its most public gateway, has changed dramatically – and not for the better.

Now it has become so bad that at a recent Inner South Canberra Community Council meeting people spoke of the fear that Adelaide Avenue, going south, might be the subject of similar developer-driven “renewal” to become “as bad as Northbourne Avenue”.

In Chicago there are daily tours to view and talk about architecture. These tours are fantastic. I cannot imagine that the present architecture of Northbourne Avenue will become a hot tourist attraction. Interesting architectural features along Northbourne are rare. Boring and bland stuff is common.

Could things get any worse than what is happening along Northbourne? Yes, it’s already happening to the Woden Town Centre, which is being overrun by development with towers jammed against each other. There is little good design and minimal (almost no) landscape remaining in and around this crush of towers.

But wait! The city has the City Renewal Authority with a remit for good design and a government architect running an advisory panel titled the National Capital Design Review Panel. Surely, this combination of talent should be delivering something wonderful. Haven’t seen it yet!

With this in mind it was of interest to watch the government architect Catherine Townsend present at the July 7 meeting of the Woden Valley Community Council.

Her main presentation was about the wonders of her design review panel. This was of interest, but it went on for about an hour. No harm done here – given I was watching from home and, with headphones on, I scrubbed out the bathroom. But then came the interesting bit – so back to the screen.

The Woden council chair, Fiona Carrick, asked the government architect for her views on what is happening to the Woden Centre – towers, towers and more towers!

She also asked whether the government architect could help as so many agencies duck for cover or point the finger at someone else when the mess that is Woden is queried.

It would seem logical that the government architect, having spoken about the bureaucratic wonder that is the design review panel, would now be offering something relevant to the Woden citizens. Nope! Did not happen.

Somehow the architectural monstrosities of Woden are not on the government architect’s remit. And that design review panel must be too busy with other stuff – somewhere else!

In fact, she made things worse by indicating that planning reform takes time in the ACT and with this one having been based on changes 10 years ago, it will probably be a while till anything changes that may assist with Woden.

Her responses could be taken to mean that if nothing changes much this time around (which is most likely) that it could be another 10 years before there is another opportunity. I could not see the faces on the audience – but suspect that those comments were not helpful. So why was she there? I cannot answer that politely.

For Canberra to continue to be a city in the landscape and a city that has an aesthetic architectural difference to other over-developed cities, something needs to urgently change.

It is not just about planning, although the present Planning Directorate needs to be shown the door. It is more about having a creative leadership running the joint. That should be resident-friendly landscape architects, architects, urban planners, environmental and heritage professionals with real power to change the course of the urban renewal as is being delivered by Andrew “Land-Swap” Barr and his barbarians.