Why don’t they get open spaces 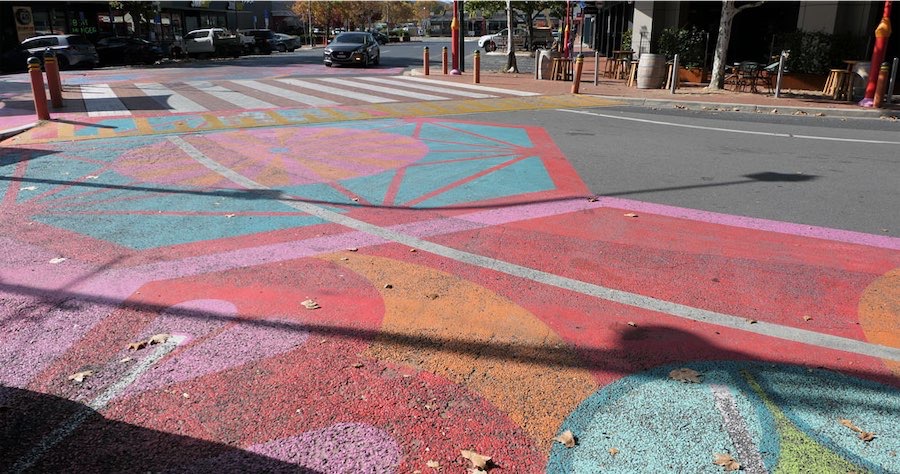 With Canberra being a “city in a landscape”, why does the ACT government not understand the value of landscape and open spaces?

It is indeed overdue for an upgrade. But the remnants of the authority’s former efforts remain as a testament to bad design and inappropriateness.

As with other areas it is supposed to care for, its urban design efforts demonstrate that it does not understand how public places work in Canberra.

The next Woolley Street upgrade should be about working with locals to make it a more attractive food street. It is not a playground. It does not need messy add-ons such as water features (although I love a good fountain).

It needs a thoughtful make-over that adds ambience, widens the footpaths, keeps the parking (re-arranged, maybe) and calms the traffic.

Pedestrians, cars and bicycles could be safe in the same space. To stop it being a through-road, it should be one-way with a speed limit of 10 km/h. 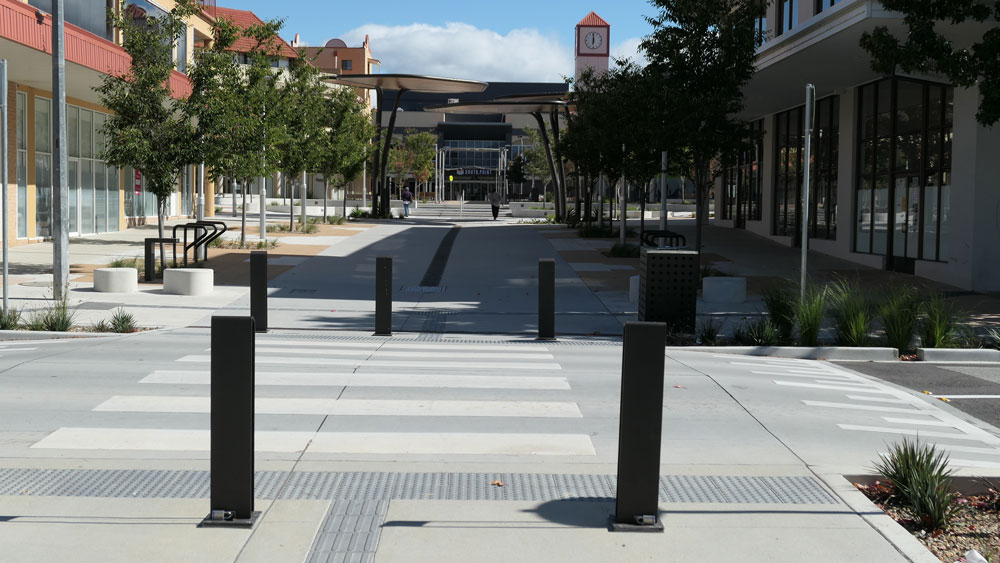 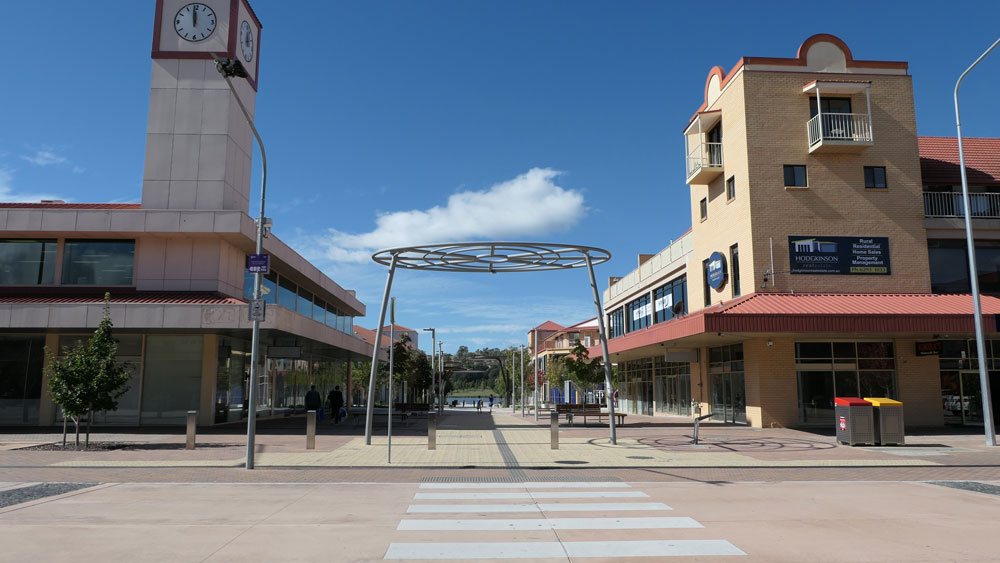 About Tuggeranong: What have the residents of Tuggeranong done to offend the ACT government?

After a lot of advocacy, the government upgraded Anketell Street in front of the South Point Mall. It is so minimal and lacks any character that most people would be lucky to realise that so much money was spent. Then the government upgraded the laneway down to the lake. This laneway suffered from lack of use with design features that were overdue for an upgrade plus there was not a lot to attract people to this space – given that most people go to the mall or other nearby shopping precincts.

What Tuggeranong has now is a laneway with design by numbers – totally lacking in creativity. The upgrade is engineered to be boring. Is this what makes local politicians proud of Tuggeranong? 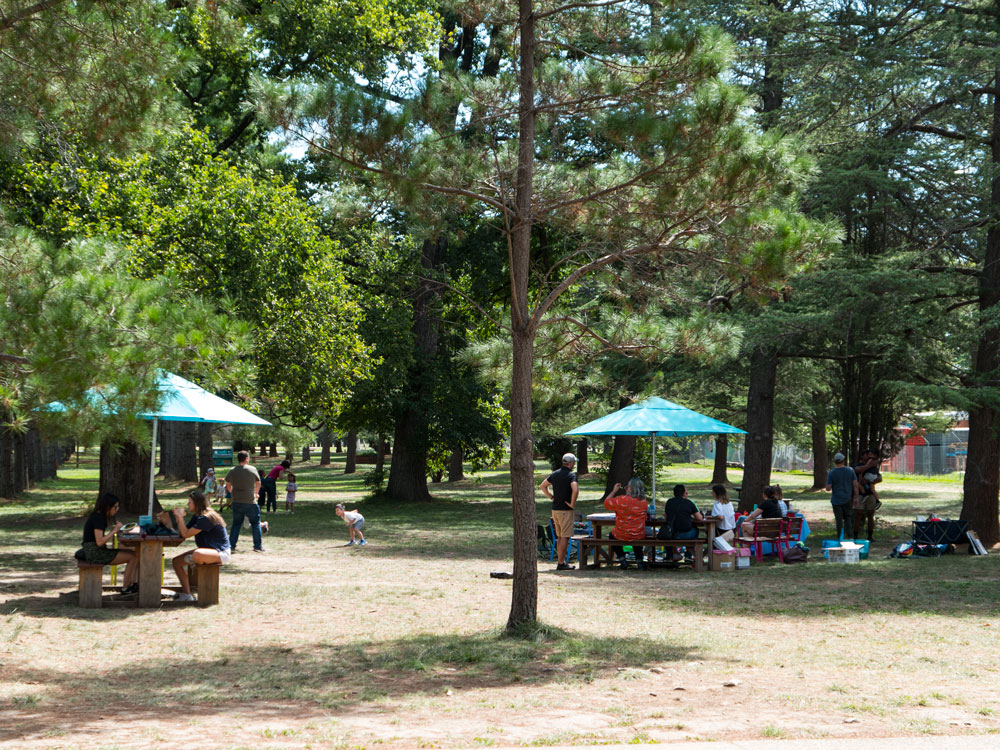 Walking through Haig Park a couple of months ago, it was clear these parklands can be popular on a Saturday. The place was buzzing. There was better seating – and they were all occupied.

The paths had been improved and included lighting. The barbecue spots were busy and many groups had spread out on the grassed areas – that were in good shape. Several groups involved children having a fun time.

The trees were looking good with new plantings taking their place alongside the mature pines. There was a great ambience.

This is what it is like when a parkland delivers for the nearby and visiting residents. For the park designers this is what it is all about. Keep it simple and make sure there is well-maintained grass, lots of seats, places to cook, and toilets – plus lights for walking through in the evening.

Any well-resourced government department can make this happen anywhere in Canberra. So why does the Chief Minister pour hundreds of thousands of taxpayers’ dollars into the inner north through the City Renewal Authority to implement silly activation programs and pop-ups? Parks do not need to be activated.

They need to be well looked after. The whole city needs more parks.

Meanwhile, a new opportunity for a park has presented itself in the inner north. The racing club near Mitchell has plans to redevelop a significant part of its site. The proposal makes it clear that it has land to spare and would like to make quick profits courtesy of the ad-hoc planning rules. Here’s an alternative idea. Move the racing club out of the centre of this expanding residential area and offer it a site away from the suburbs.

The present site could be used for limited well-designed housing developments undertaken by the government. The profits, instead of going to the racing club, could pay for the rest of the area (formerly the racing track) to be revamped as a large parkland with a rejuvenated wetland development along the nearby creek.

The whole city needs many more well designed and well-maintained parklands. What could be wrong with that?